Patent Flash: Will the iPhone ever be Waterproof? Well, Apple's Working on That 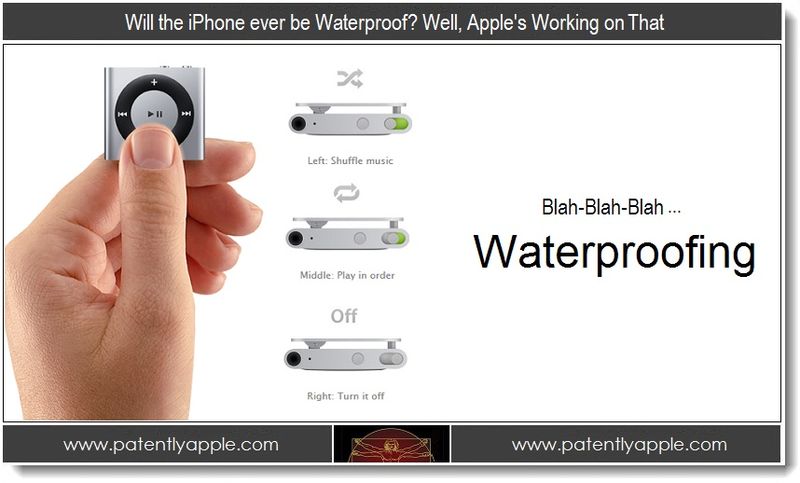 I love marketing people and sly engineers who can craft language to either smartly coin a phrase like "There's an App for That," or calling waterproofing "inhibiting moisture intrusion" so that snooping IP reporters won't make the connection. Well, I caught it and Apple's patent makes it clear that the process for making the iPod shuffle waterproof can be applied to other Apple devices.

I purchased a new iPod touch last summer and a month later my nephew came over to check it out. Within a half hour of playing with it he approached me red faced and announced that my shiny new iPod touch had accidentally fallen into the toilet. Without delving into any of the details, I quickly retrieved it and rushed it down to my neighborly Apple Store. There was a discussion, some very long pauses, a lot of stares and a grunt or two and voila, they gave me a break on a new one that was close to being free. I told them how grateful I was and then asked the Apple Genius Bar rep: why aren't these devices waterproofed to begin with? I've since run into several other people who have dropped their precious iDevice into the bathtub, off a canoe and into deep puddles, all wanting to know why these things aren't waterproofed by now. Well, apparently Apple is working on that.

Two new iPod shuffle patents came to light this past week from the USPTO that were titled "Inhibiting Moisture Intrusion in a Very Small Form Factor Consumer Electronic Product." Buried deep under patent point 89 was the following statement: "The described techniques and structures could be used in almost any apparatus operated and constructed in such a way that at least one portion is water tolerant while another in close proximity must remain water intolerant." Whether you call it inhibiting moisture intrusion or water intolerant, they both spell out waterproofing.

Apple's system for creating a water seal involves the use of a sealing tape such as DuPont's Kapton along with a series of stages involving the use of soldering paste. Specialized processes ensure that the seal could effectively seal electrical contacts preventing water from passing from the interior portion and the interior of a media player. 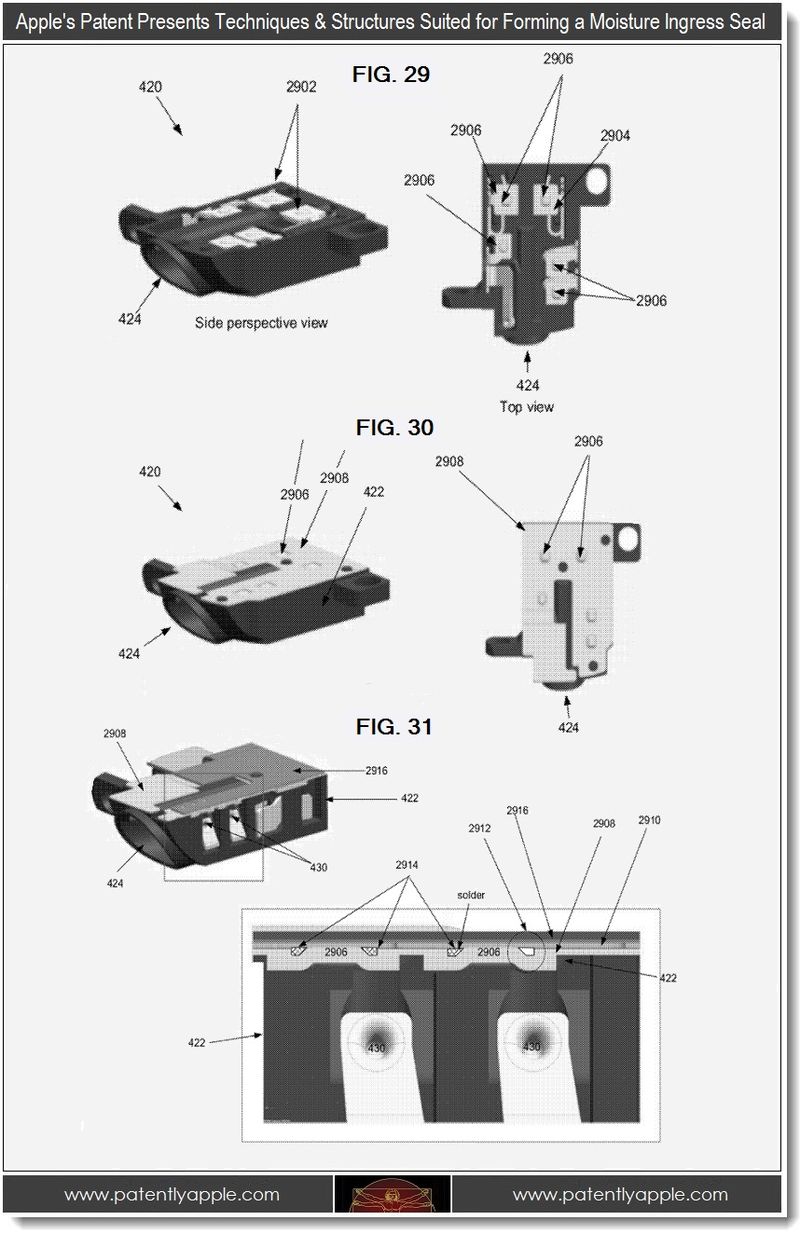 Would be interesting to see - iPod usage for sports (for music and for GPS data for things like Runkeeper) have issue with moisture, sweat and rain!