Patent Flash: The Tech behind Apple's GarageBand App for iPad 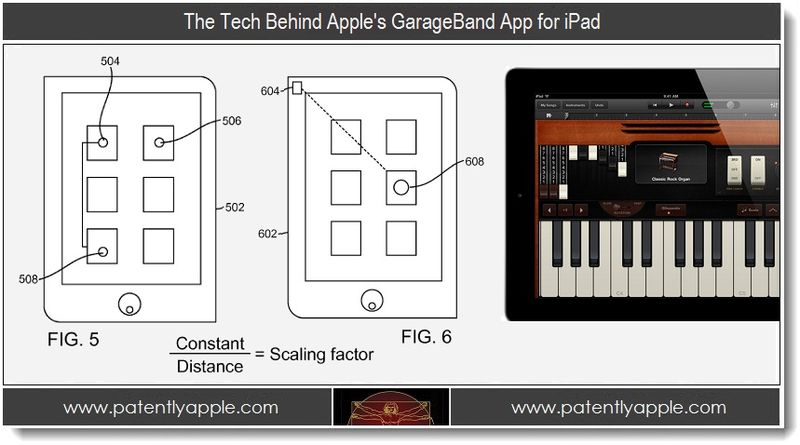 Acoustic musical instruments, such as drums and pianos for example, are typically velocity sensitive. This means that when a user hits a piano key softly, a quiet sound is produced, and when a user hits a piano key with more force, a loud sound is produced. This velocity-sensitive property allows musicians to create more expressive sounds and music. Today many touchscreen inputs aren't velocity sensitive. Apple's invention provides an exemplarymethod that includes receiving in the processor an acceleration value outputted by the accelerometer. The method includes associating the acceleration value with a function indicated by a touched location on the touch-sensitive display, such as a piano key. The function is the output of a musical note and modifying the function includes modifying an audible volume, pitch, or attack time of the musical note. The end result is Apple's GarageBand App for iPad. 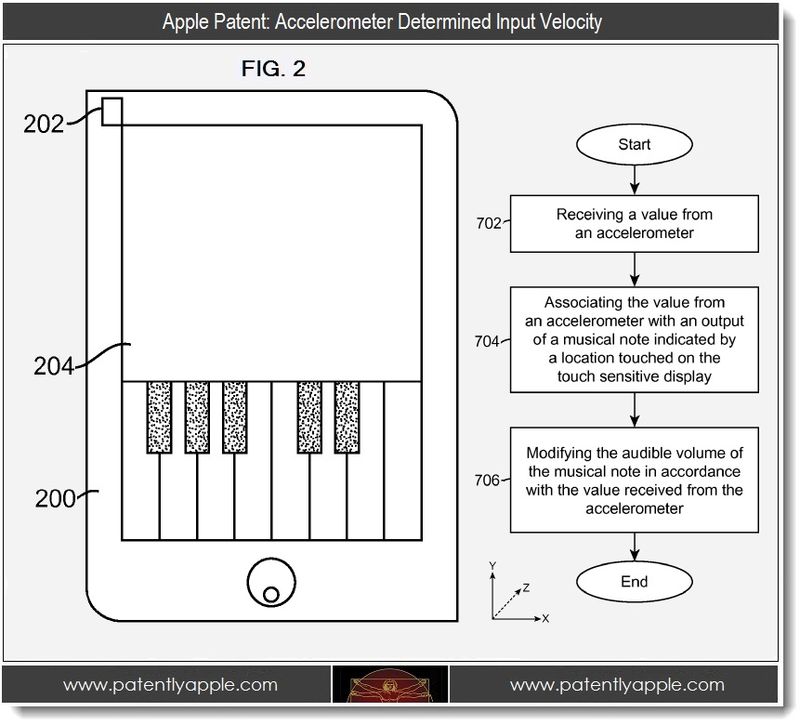 Apple's Patent FIG. 1 is an iPad in use with their GarageBand App for iPad. The flowchart displayed in the graphic above is an overview of determining velocity of a musical note based on data from an accelerometer. To check out the full details of Apple's invention, here's a temporary link to patent 20120050176 that's only valid for 24-48 hours.

What is a Patent Flash Report?