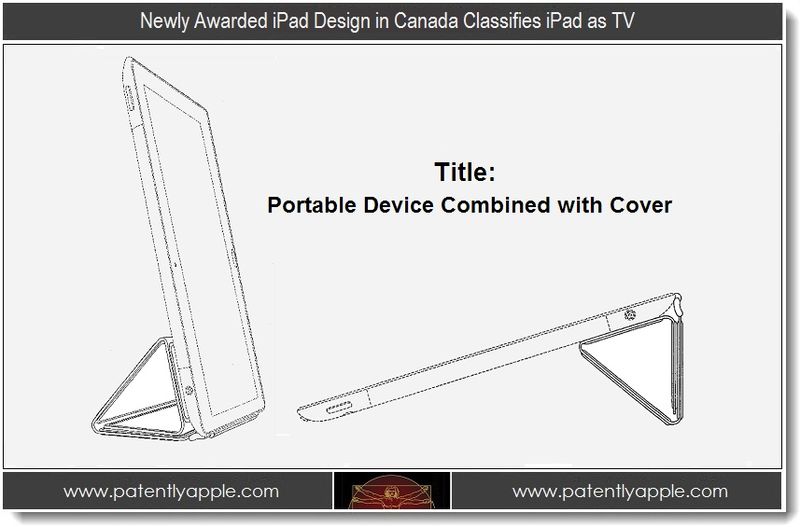 Canada's IP Office has officially published a series of seven registered industrial designs covering Apple's iPad and iPad Smart Cover. There's a noted peculiarity in one of the registered designs which involves its classification detailing including the word TV.

Apple has been awarded seven new registered designs in Canada, which are the equivalent to the US Patent and Trademark Office's design patents. The breakdown of the registered Industrial Designs fall into three distinct categories which are presented below as follows:

The First Category Covers the iPad's Smart Cover:  Apple has been awarded three Industrial Designs for the iPad's Smart cover under numbers 139715, 139717 and 139718. The classifications are noted in the graphic below covering number 139718.

The Second Category Covers the iPad's Industrial Design: Apple has been awarded three Industrial Designs covering the actual design of the iPad under numbers: 141288, 141289 and 141290. The classifications are noted in the graphic below covering number 141289. 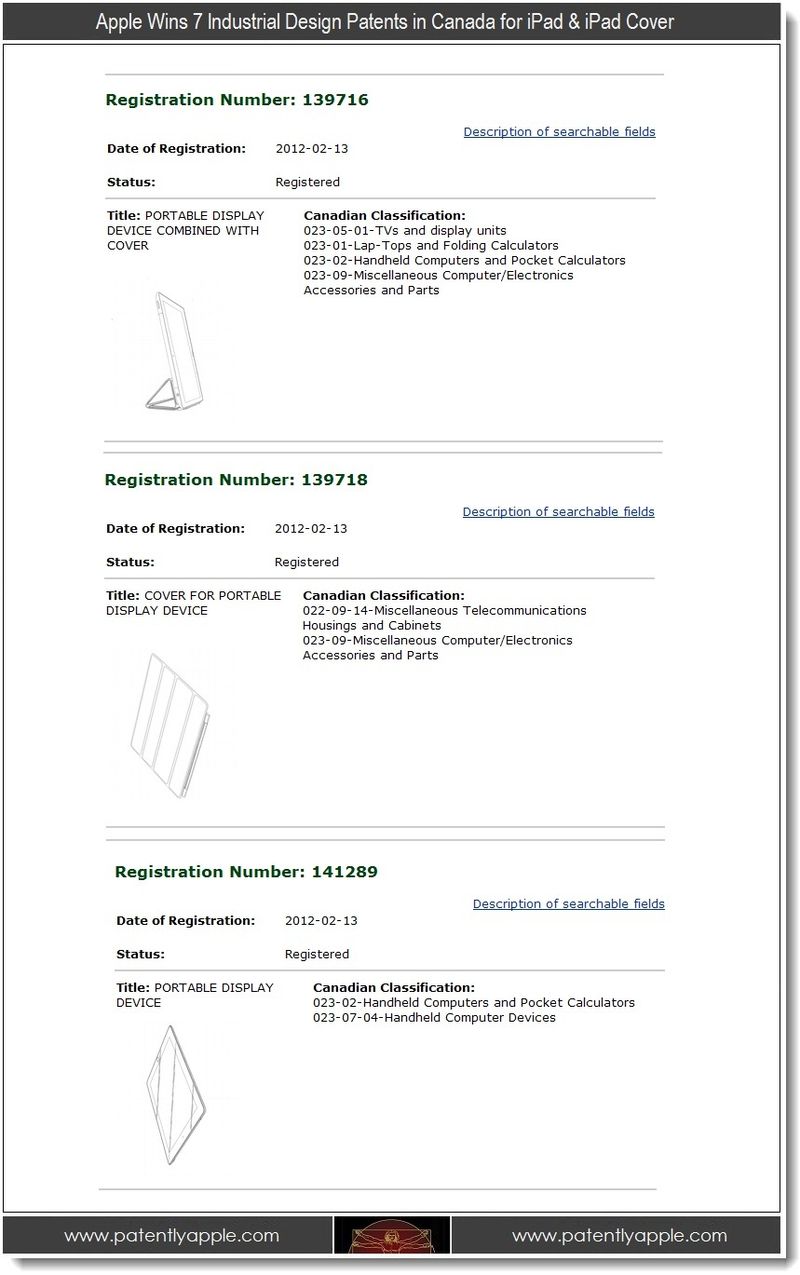 The Third Design Category Covers the Combination of the iPad + iPad Smart Cover: Apple has been awarded a single Registered Design under number 139716. Only in this third category does a new priority classification appear under 023-05-01. Here we see the specific verbiage of "TV and Display." See the noted classification in the first graphic noted above. The oddity is that the three stand-alone iPad designs don't carry this classification.

For context sake, it should be pointed out that Apple has never applied for such a classification before relating to the iPad. A year ago Apple filed for iPad Smart Cover trademarks in the US and Canada and neither application used the words TV and/or television in their International Class definitions. Additionally, a 2010 iPad Design trademark in the US failed to mention TV in their classification detailing. 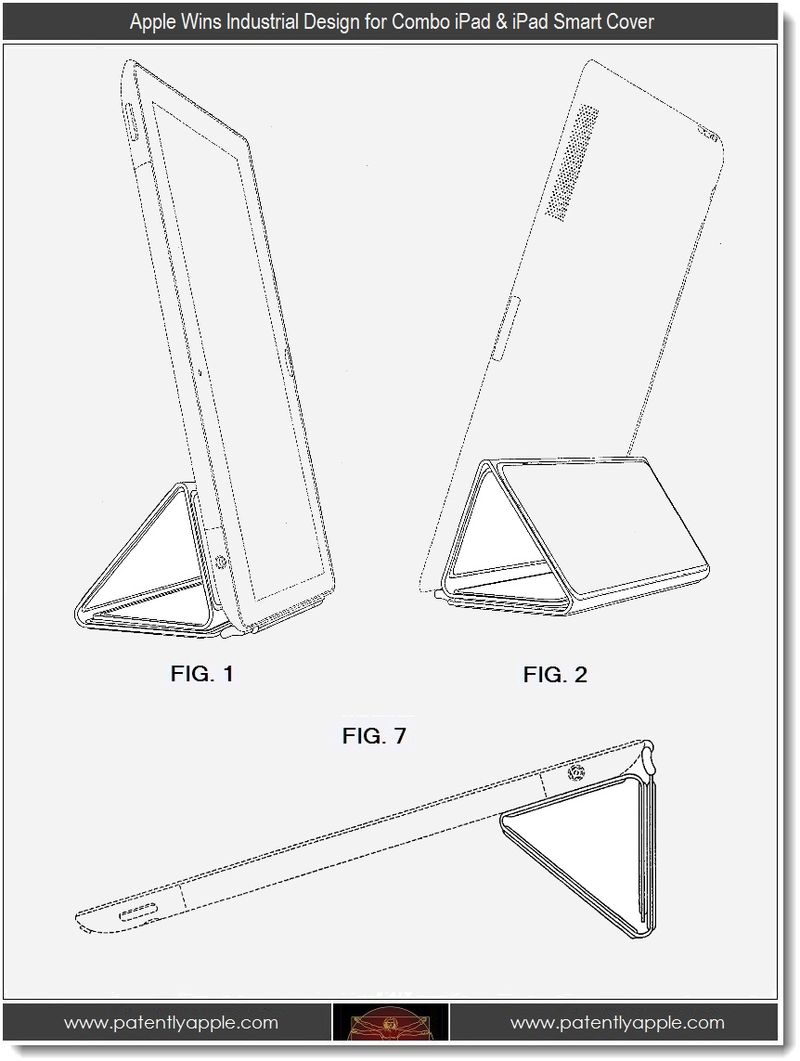 At the end of the day it's unclear as to why the single combination design warrants the added coverage protection for TV while the three stand-alone iPad designs don't. The "display" aspect should apply to all iPad designs but don't because the full category is "TV and Display." It's a market category that doesn't apply to the others. The question is Why doesn't it? While it's tempting to speculate, the fact is that there's no official reasoning for it at this time. If you have an idea on this matter, then please take a moment and share it with us in our comment area below.

Notice: Patently Apple presents a basic summary of new design patent filings or grants with their associated graphics for journalistic news purposes as each is revealed by the U.S. and/or other foreign Patent & Trademark Offices. Readers are cautioned to read the full text of any new grant or registered design from its original source for full details. About Comments: Patently Apple reserves the right to post, dismiss or edit comments.

Michael, that is a truly great idea! Could you imagine iPad only programming delivered at the retina display resolution? It would be awesome!!! I would imagine some sort of dock dongle would be necessary to bring tuner capabilities to the iPad.

Could the Smart Cover become an antenna for over-the-air digital broadcast reception?