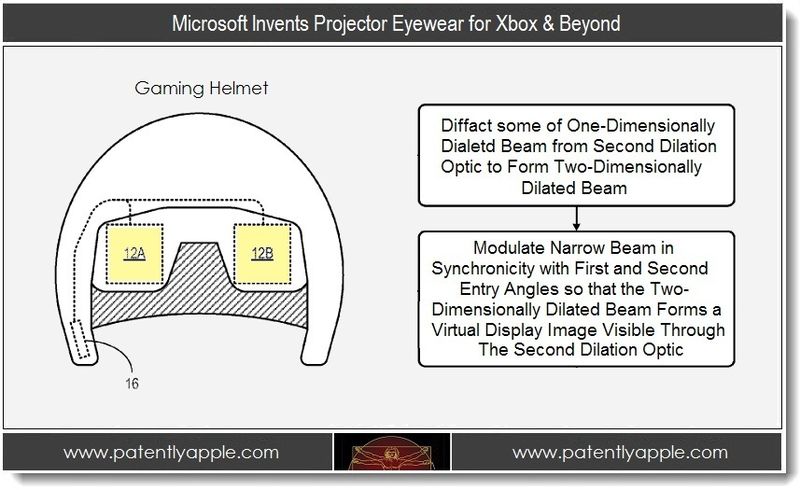 It came to light in 2008 that an Apple research team was working on a visual headset for the iPod. In recent months news has surfaced that a next generation super high res micro OLED display is ready to support new visual headsets coming to market later this year. The stunning miniature displays pack quite the punch with a resolution of 2560 x 2048. Since that news, we've reported on a Sony research team working on a video headset for a future PlayStation while noting that Google may want in on this new market as well. While the race is clearly on to get the first commercially successful video headset to market, Patent Bolt has discovered that Microsoft has been secretly working on a video headset since September 2010. A New Microsoft patent reveals that they've been working two styles of headset. The first relates to an aviation styled helmet aimed at Xbox gamers while the second resembles a pair of sunglasses for use with smartphones, MP3 players and other future devices. With Microsoft's success with Kinect for gaming and beyond, it would appear to me that they might just have the edge in this race. Read More at Patent Bolt