Future iDevice Cameras will Offer a Self-Timer with a Twist 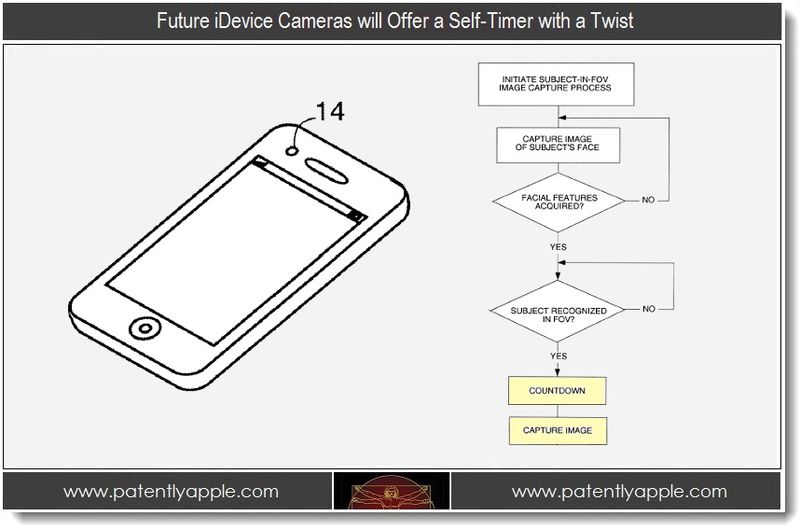 In this Patent Flash Report we take a quick look at what we all know as a camera with a self-timer. Primarily, a traditional self-timing camera could be used when taking photos of a group or scene, a self-portrait or close-up shots. In Apple's case, you'll first take a photo of yourself so as to alert the camera that you are the "photographer" wanting to be in a picture using the self-timing feature. The iDevice camera will then not take the target photo of a group until you're actually in the picture. Meaning, as you set the timer and then move toward the group you're to be with in the photo, an urgent phone call comes in. The camera won't take the picture, even though it's on a timer, until it has recognized and verified that you're the photographer and that you're actually n place for the photo. Now that's an interesting twist. The only thing Apple doesn't explain is, where's the iDevice tripod? I guess that's going to pop in a future patent. Time will tell.

Notice: Patently Apple presents a detailed summary of patent applications with associated graphics for journalistic news purposes as each such patent application is revealed by the U.S. Patent & Trade Office. Readers are cautioned that the full text of any patent application should be read in its entirety for full and accurate details. Revelations found in patent applications shouldn't be interpreted as rumor or fast-tracked according to rumor timetables. Apple's patent applications have provided the Mac community with a clear heads-up on some of Apple's greatest product trends including the iPod, iPhone, iPad, iOS cameras, LED displays, iCloud services for iTunes and more. About Comments: Patently Apple reserves the right to post, dismiss or edit comments. Definition: Patent Flash Report.