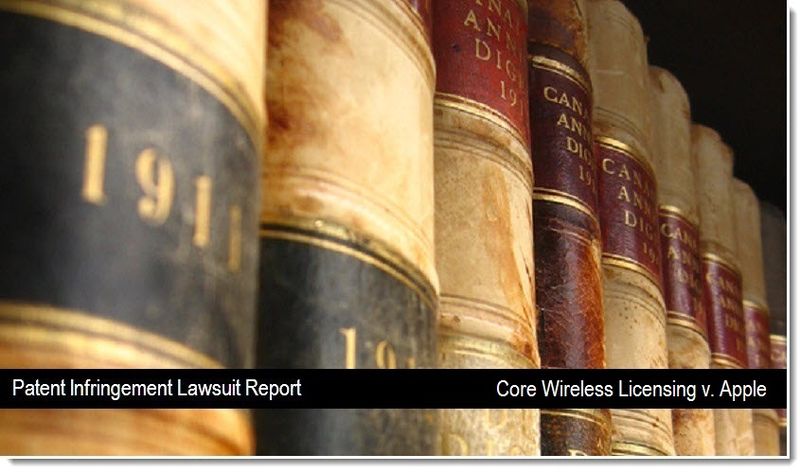 A Luxembourg company by the name of Core Wireless Licensing has filed a patent infringement lawsuit against Apple in the Texas Eastern District Court. Their wholly-owned subsidiary in Texas known as "Core Wireless Licensing Ltd" is holding all of the pertinent documents in this case. The bewildering twist in this case is that the eight counts brought against Apple are using Nokia patents. A settlement between Nokia and Apple was announced in June 2011. The settlement somehow now drags Apple into infringing 3GPP standards.

Core Wireless Licensing states that "Apple's infringing activities have been and continue to be willful. Upon information and belief, at least as early as June 14, 2011, upon settlement of all patent litigation between Apple and Nokia through a licensing agreement, Apple was aware of the 7,606,910 patent [and all of the other patents listed below], had knowledge of the infringing nature of its activities, and has nevertheless continued its infringing activities."

The complaint states that "Products made and sold in accordance with the following standards infringe one or more claims" [of all of the patents listed below]. The standards listed in the complaint relate to the 3GPP standard and over 90 attributes or versions thereof are listed as being likely infringed upon by Apple.

The List of Patents that Apple is Allegedly Infringing

The patents listed in the following eight counts of infringement that Core Wireless Licensing has brought against Apple are listed below. The alleged infringing products in this case include the iPad, iPad 2, iPhones 3G, 3GS, iPhone 4 and iPhone 4S. 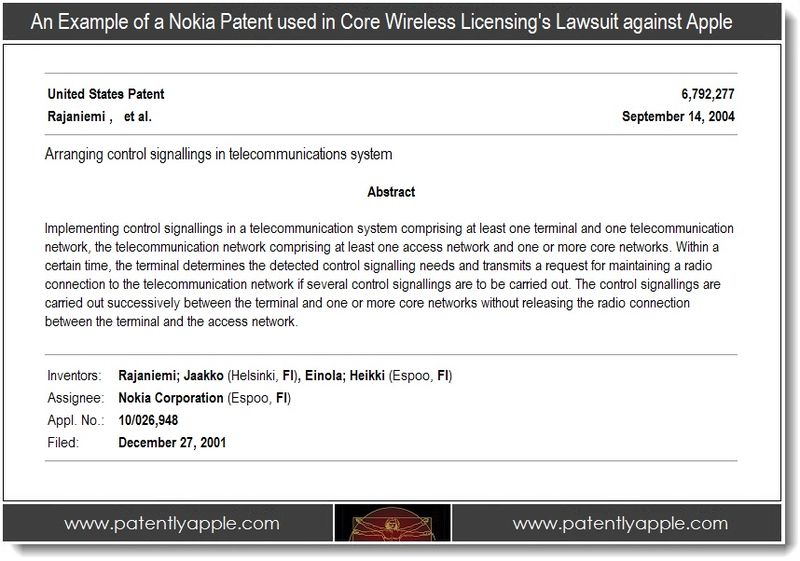 Count 2: Patent 6,697,347: entitled "Method and Apparatus For Controlling Transmission Of Packets In A Wireless Communication System" (2004).

The presiding Judge in this case is noted as being Judge Leonard Davis.

Update 9:45 MST: The Company behind Core Wireless Licensing in this new lawsuit is MOSAID.

Details of the plaintiff are set out in this link, essentially MOSAID.