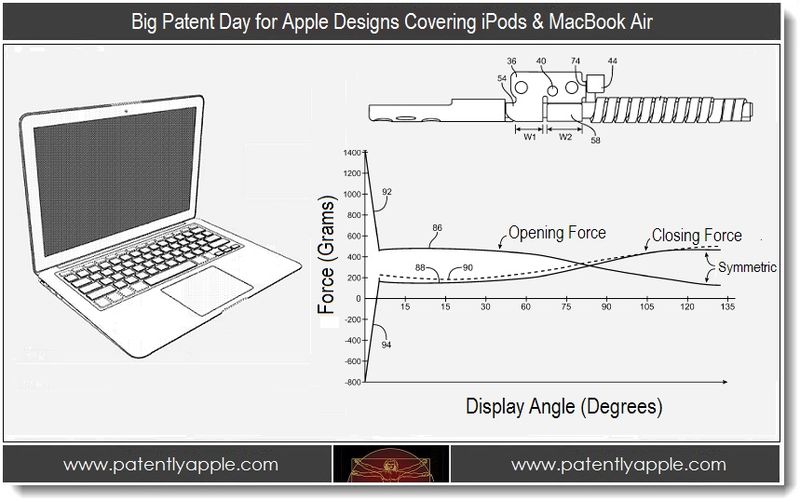 The US Patent and Trademark Office officially published a series of twenty-three newly granted patents for Apple Inc. today. In our first report of the day we covered the iPhone's Missed Phone Call Management system. In our second granted patent report of the day we focus on Apple's design wins for various iPods and the MacBook Air. And lastly, we cover a MacBook Pro patent that pertains to the clutch mechanism that supports the Lid so that it opens, closes and stays in position just right.

Apple has received Granted Patents relating to the MacBook Air and the MacBook Pro's keyboard.

If "imitation is the sincerest form of flattery," then Apple has to be pretty flattered considering that the entire PC Industry is panicking to imitate their sexy MacBook Air with various iterations of the Ultrabook.

Apple has received a series of Granted Design Patents covering their iPod line-up. The first covers their iPod Classic while the other two cover their third and fifth Generation iPod nano's. 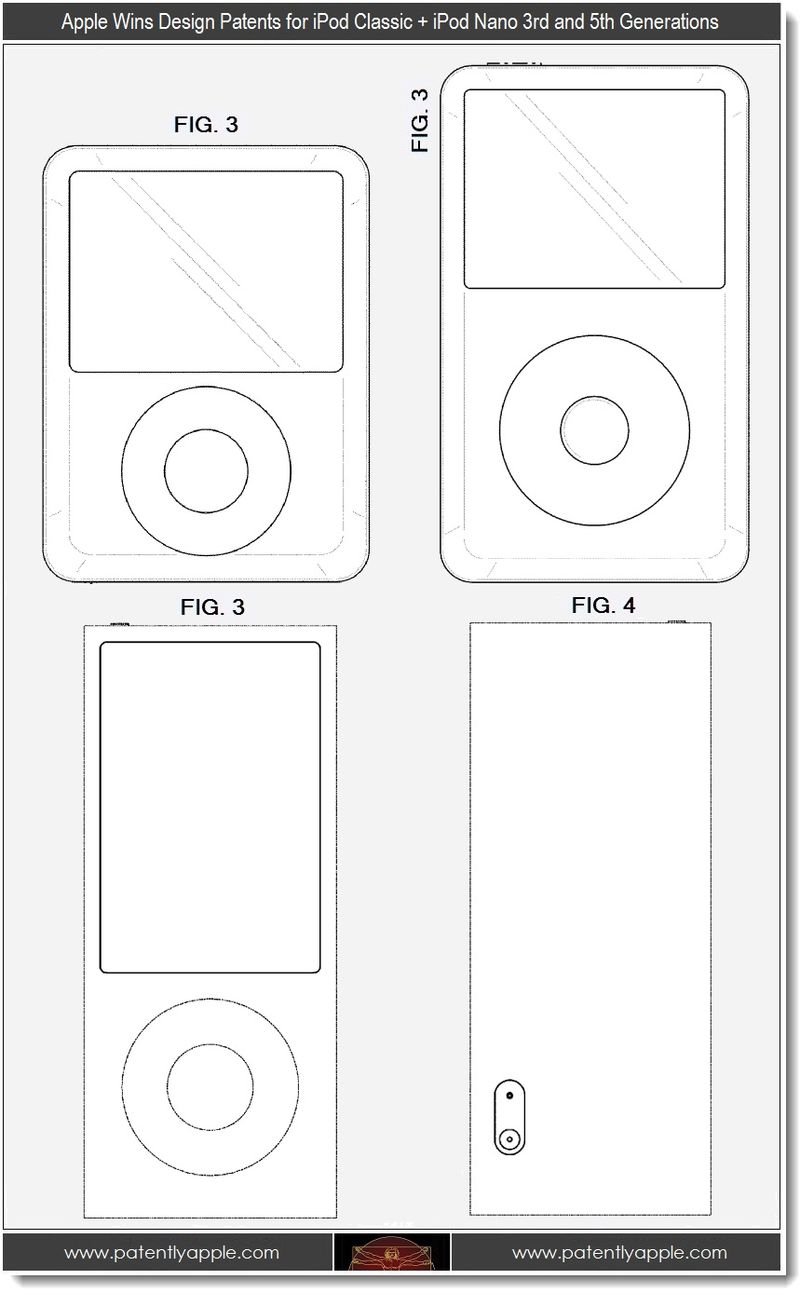 Apple has received a Granted Patent that relates to the MacBook Pro clutch structure which supports the lid.

In their background and summary, Apple states that notebook hinges are challenging to design. It is generally desirable to make a hinge easy to manipulate. A hinge with an overly stiff clutch mechanism may require a user of the computer to use undesirably large amounts of force to pry open the display when using the computer. Stiff hinge clutches may resist opening to such an extent that the entire base of the computer will be lifted upwards if a user attempts to open a display using only one hand.

To address these concerns, clutches may be made that are less stiff. Although clutches such as these may be more pleasing to use, they may not always prevent unintended movement of the upper housing relative to the main housing. 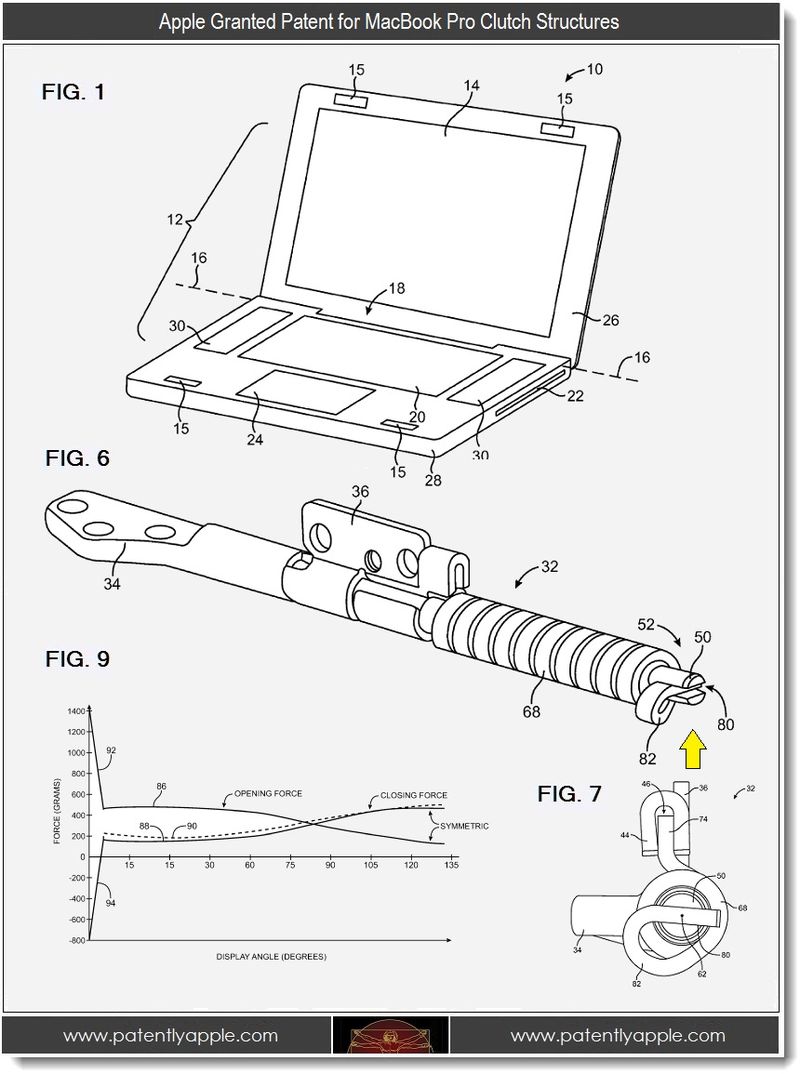 Apple' solution to the standing problem of the day was to improve the hinge clutch structure so that it had a protective cap that formed over the tip of the clutch to prevent damage to nearby wires. A slotted tip may be provided on a clutch shaft to engage a clutch spring. A lobe may be formed in the spring in the vicinity of the slotted tip to provide stress relief. A retaining ring may help to retain the end of the clutch spring in the slot.

Who knew that there was that much attention paid to just the hinge of the MacBook? That's Apple for you. Apple credits Brett Degner, Patrick Kessler and Chris Ligtenberg as the inventors of this patent which was originally filed in Q4 2008. To review Apple's other fifteen patent claims, see granted patent 8,132,293.