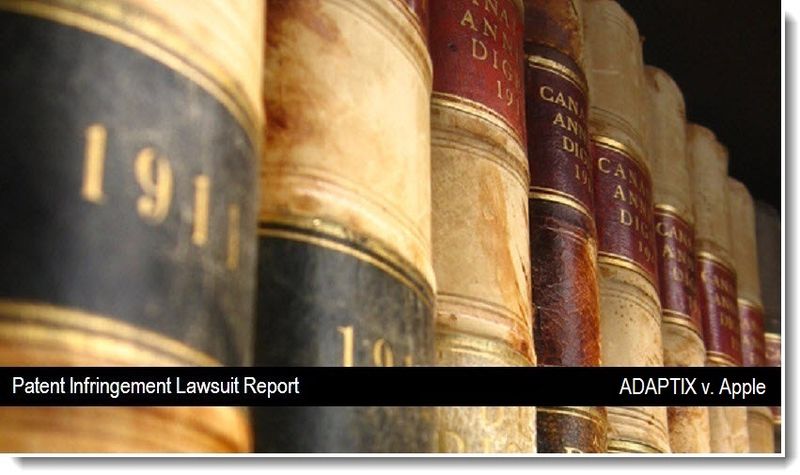 ADAPTIX Inc., of Dallas Texas is an award-winning technology company long recognized in the industry as one of the first developers of cutting edge OFDMA-based mobile wireless systems. The company claims to have conceived, built, and patented critical equipment and network features that form the foundation of today's advanced 4G broadband wireless technology and systems. Late Friday, the company launched a patent infringement lawsuit against Apple over their new iPad with LTE and Retina Display. On a second front, Apple has been sued by NovelPoint Security over Intel based Macs allegedly using their technology to thwart viruses. 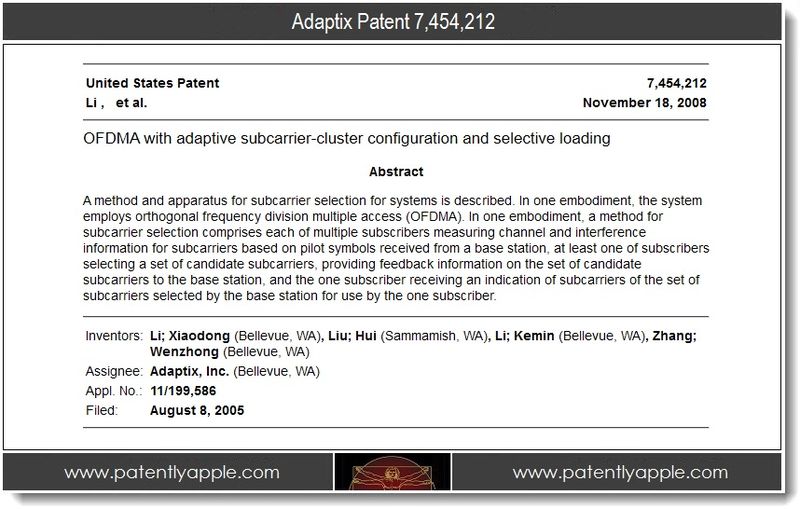 The formal complaint reads as follows: "On information and belief, Apple is directly and/or indirectly infringing at least one claim of the '212 Patent in this judicial district and elsewhere in Texas and the United States by, among other things, making, using, offering for sale, selling and/or importing computerized devices including without limitation Retina display iPads sold to AT&T which, at a minimum, directly infringe the '212 Patent."

In Count Two, ADAPTIX claims infringement of US Patent 6,947,748. The complaint is identical to the one presented in Count One above. It should also be noted that the lawsuit includes AT&T for selling the new iPad the LTE. 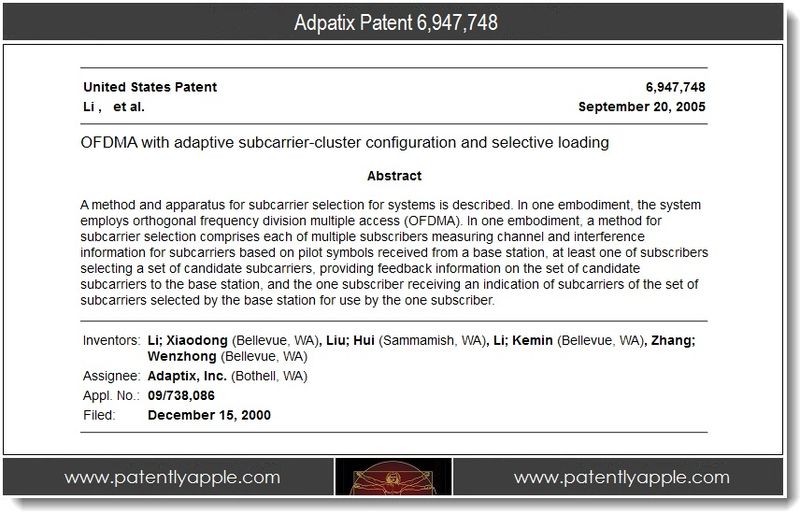 The case was filed on March 9, 2012 in the United States Texas Eastern District Court, Tyler Office. The presiding Judge in this case is noted as being Judge Leonard Davis.

On another front, Apple is being sued by NovelPoint Security LLC. The lawsuit involves patents that include a computer security system covered by one or more claims of patents 5,434,562 and 6,212,635. The computer systems noted in the complaint are Intel based Macs starting in 2006. 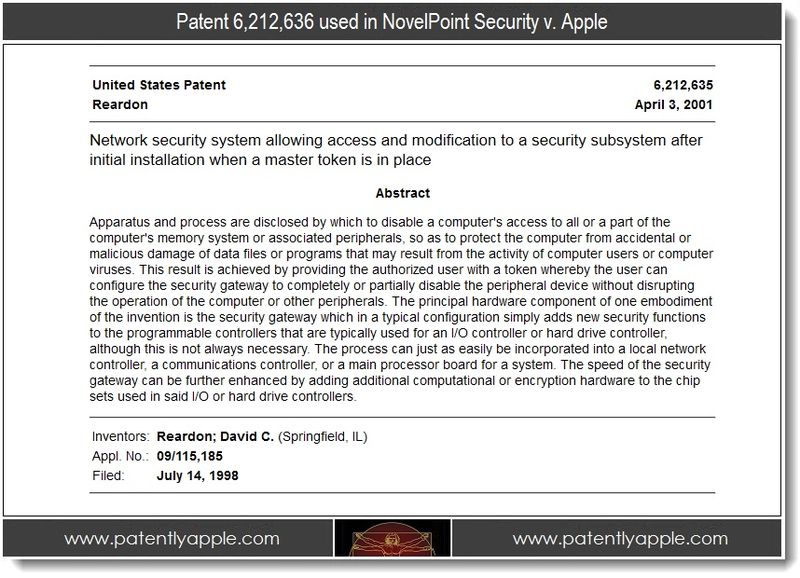 Is this another patent troll case? It appears so. The court document reads: "Plaintiff is the owner by assignment of the '562 Patent with sole rights to enforce the '562 Patent and sue infringers." I don't know how you would read that otherwise.

The report clearly states that Adaptix is "recognized in the industry as one of the first developers of cutting edge OFDMA-based mobile wireless systems." Maybe you missed that.

This could NOT be more hilarious:

“The company claims to have conceived . . . that form the foundation of today’s advanced 4G broadband wireless technology and systems"

Seeing as there are ZERO actual 4G devices on the market today, that '4G' continues to ONLY be a deceptive marketing hype term with no actual hardware available to run it:

Did they invent LTE Advanced (LTE-A)? No. That's Qualcom tech. Did they invent 802.16? No, that's an international standard tech. These are the only two upcoming ACTUAL 4G technologies on the horizon.

It doesn't matter. This case will result in either a cross-license or ADAPTIX being buried.

They don't have squat on Apple's LTE patent catalog they acquired recently.

Apple sues everyone even for ridiculous patents. Therefore that is good news.

They're going after the one with the most $. If they win, and in my opinion it's another waste of time in court, others will give in, if they come after them at all :/

Sometimes the other companies (Samsung etc) pay up as an anoyance fee to save time. Sometimes a company like Adaptix will sue the big dog first and with a victory in hand, they go after the other smaller fry. They line'm up like ducks after that. If you beat Apple, you beat them all.

I really liked Apple products , it's one of the best product at ease of use , touch and see !