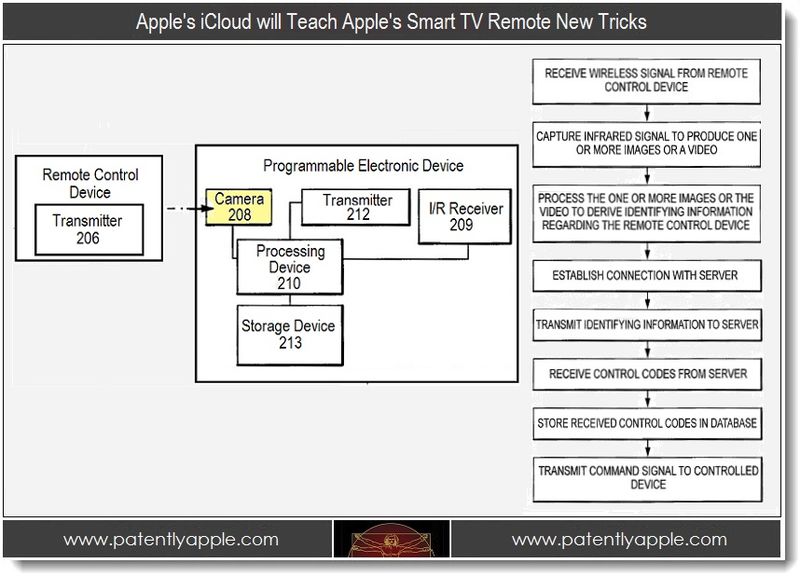 Last week Apple's patent application for an advanced TV remote was a bit of a stunner and the news about Apple's future HDTV keeps hitting the news. Just yesterday we learned of the Foxconn-Sharp alliance that's key to ramping up HDTV production for Apple's TV in the future. The day before that we learned of Apple being granted a patent for multi-touch skins that could wrap around a future TV remote so that controls could reside on the front, back or sides. Today, a new patent application was published by the US Patent and Trademark Office that provides us with a little more information about their new remote. This time around Apple details the remote's "learning system" that will always keep it up to date with the latest features via iCloud. While it's not an earth shattering invention by itself, it's all part and parcel of Apple's basket of all things Apple TV. The more we learn about their future HDTV system through patents, the better we'll understand their grander vision. This very much reminds me of the ramp up of patents in 1996, the year prior to the iPhone's debut. The buzz and anticipation surrounding the iPhone was "heart-thumpingly-insane" and the late Steve Jobs simply hit it out of the park for us. Time will tell if Tim Cook and Phil Schiller can engineer that same kind of buzz for Apple's HDTV – but one thing is for sure: they're off to a great start.

Typically, the control codes may be input manually by a user. This may require the user to have to look up the device (e.g., using manufacturer or model information) in a table of control codes, or try each code listed in the table until one works, which can be inefficient and time-consuming. Other universal remote controls may allow the user to download the control codes from a remote server. However, downloading the codes from the server may require an Internet connection and take a prolonged period of time.

What is needed is a way to program a programmable electronic device so that the device can "learn" a few control codes corresponding to selected commands, while having the ability to receive other control codes from a remote database on an as-needed basis. Apple states that software will allow intermediary device 104, which represents a number of possible devices such as an iPhone, MacBook or iMac, to "teach" the control codes of the remote control device 102 to the programmable electronic device 106 noted above in Apple's schematic.

Technically, Apple's coming HDTV will likely be the ultimate intermediate device over time if your Apple HDTV is connected to the net and is set up for WiFi. It'll cut out all of the intermediate devices which are like annoying middlemen. Then again, there needs to be a way to allow Apple's current Apple TV (hockey puck device) to use this next generation remote. 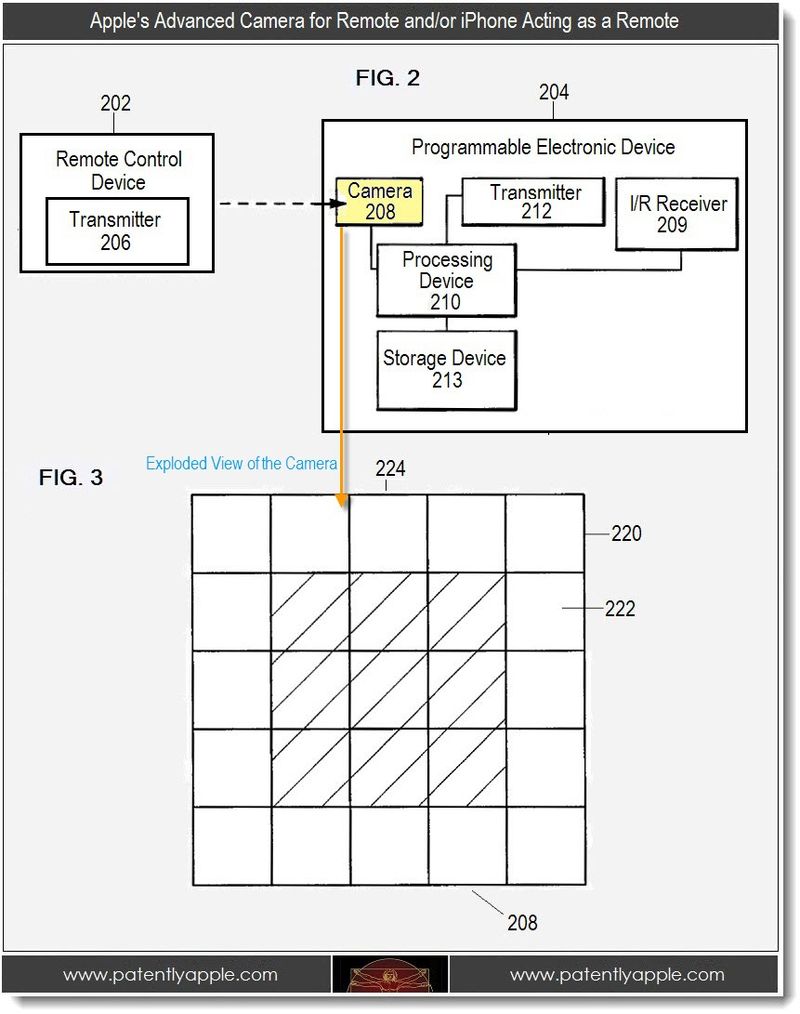 Apple's patent application 20120075082 was originally filed in Q3 2010 by inventors Fletcher Rothkopf, Stephen Lynch, Adam Mittleman and Phil Hobson. For those wanting to dig into this patent a little more could do so by using this temporary link that's only good for a few days from March 29, 2012.