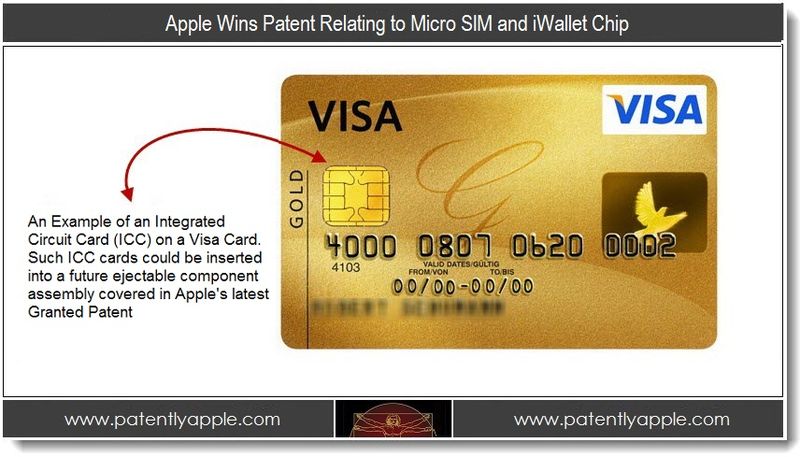 There's been a lot of buzz over Apple's proposal for a future miniature SIM card. Competitors like Motorola, Research in Motion and Nokia are trying to stop it. The Financial Times stated in their recent report that "one person with knowledge of the committee" said that the "Apple-backed nano-SIM could require a "drawer" to protect it." Today, Apple has been granted their second patent regarding this proposed "drawer" concept and it's because the drawer or ejectable tray could accommodate not only a nano SIM but also an Integrated Circuit Card which is at the heart of Apple's iWallet. A variant of Apple's design could include a tray that accommodates both a Nano SIM card and an Integrated Circuit Card. So now you know a little more of the importance of the Nano SIM card story that Apple is proposing to the European Telecommunications Standards Institute (ETSI).

Apple has received a Granted Patent that relates to the ejectable component assemblies. The system may include connectors coupled to circuit boards of the devices, and trays that can be loaded with removable modules, inserted through openings in the housings of the devices, and into the connectors for functionally aligning the removable modules with the circuit boards. 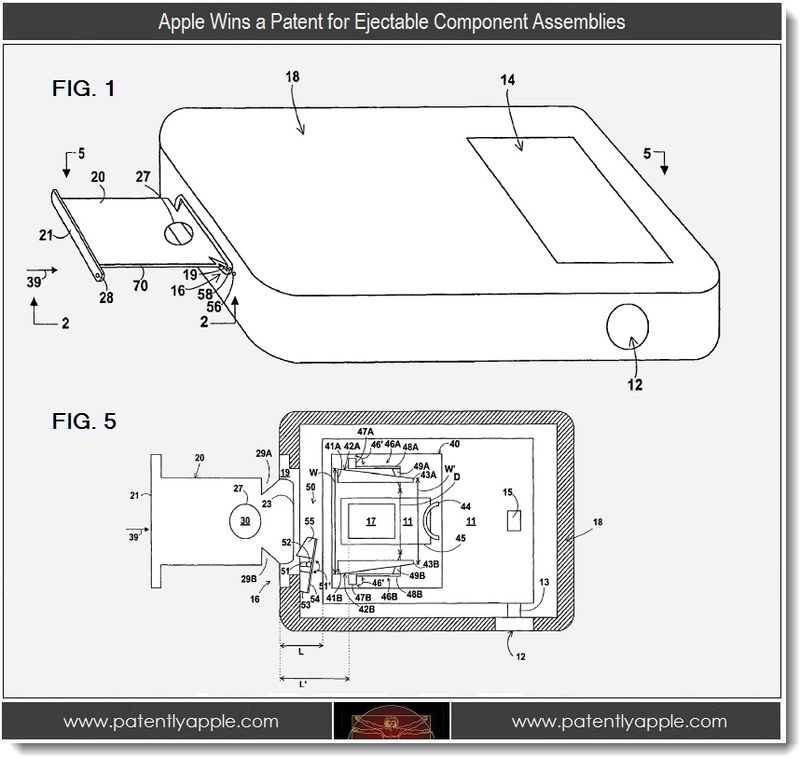 Apple states that an ejectable component assembly may be any assembly that inserts into and ejects from the device. A removable module may take on a variety of forms, including, but not limited to, integrated circuit cards (ICCs), chip cards, memory cards, flash memory cards, microprocessor cards, smart cards, such as subscriber identity module (SIM) cards, or combinations thereof, containing electronic circuitry from which the device may read data and/or to which the device may write data. 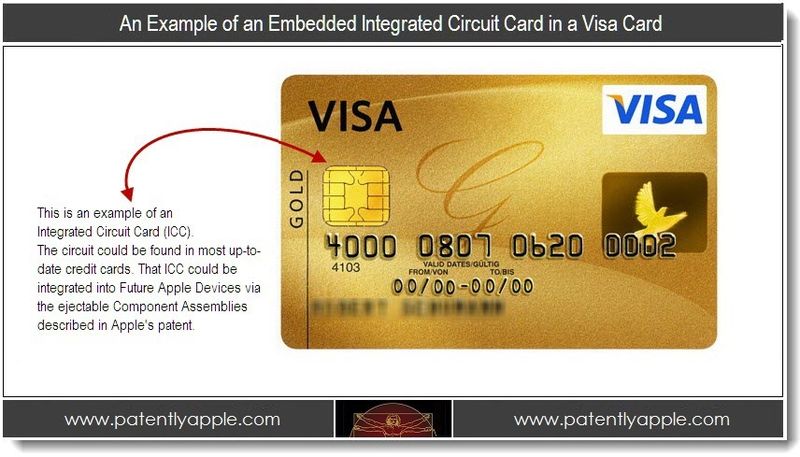 A form of Integrated Circuit Card may be used with Apple's future iWallet. The card could be inserted into a number of Apple iOS devices including an iPhone and iPod touch via an ejectable tray or assembly. That makes sense being that a user may, from time to time, wish to load a different ICC (Visa, Master Card, American Express) depending on what's needed locally or when on a business trip or vacation.

That also explains Apple's added verbiage of "or combinations thereof" because technically Apple may have to create a double tray to accommodate two cards: one for a SIM card and the other for a bank card relating to the iWallet. Because both consumer cards will wildly vary from person to person, there's a need to be able to access a tray accommodating two micro cards on a single device.

What about using the SIM on an Apple-branded credit card linked to your iTunes account?