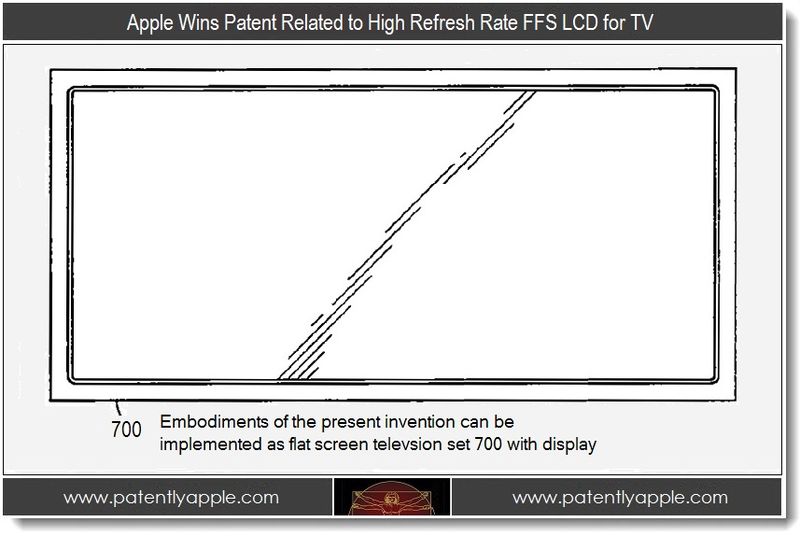 The US Patent and Trademark Office officially published a series of nineteen newly granted patents for Apple Inc. today. One of the patents that stood out from the crowd this morning relates to a high refresh rate LCD called FFS that Apple clearly states is suited for a TV. In fact, Apple's technology advances FFS so that it could work with large screen HDTVs, as previous versions of FSS couldn't accommodate such large displays. The technology is an off-shoot of IPS called S-IPS. It's a technology that provides superior performance and color gamut with high luminosity. IPS technology is currently being used in Apple's iMac – which stems from this patent.

Thin film transistor liquid crystal displays (TFT LCDs) are a well-known type of displays. One advanced type of TFTLCD is the fringe field switching TFT LCD, or FFS TFTLCD. Fringe field switching is considered to be a type of in-plane switching LCD; i.e., an LCD for which the electrodes performing the switching of pixels are in a single plane and formed on a single substrate on one side of the liquid crystals. (Other LCD technologies require that electrodes be placed in a "sandwich" configuration on two different substrates on both sides of the liquid crystals). An example of an FFS TFT LCD is described by Lee, Seung Hee et al., "Ultra-FFS TFT-LCD with Super Image Quality, Fast Response Time, and Strong Pressure-Resistant Characteristics," Journal of the Society for Information displays Oct. 2, 2002. The above publication is hereby incorporated by reference herein in its entirety for all purposes.

The common electrode can be the same for all pixels (or, alternatively, all pixels in a particular row) and need not be individually switched for individual pixels. Each pixel electrode can be individually switched by the use of a transistor connected to a data and gate line. A plurality of gate and data lines can be provided in a lattice covering the display so that each pixel is connected to a respective gate and data line. This may allow the switching of individual pixel electrodes. Switching of an electrode indicates loading and/or removing charge to/from the electrode in order to change the voltage of an electrode.

Because of the need to use higher resistance transparent conductors to form the common electrode, the switching rate of the common electrode and, subsequently, the refresh rate of the display can be limited. Furthermore, to minimize the amount of current that has to flow across these higher resistance paths, FFS TFT LCDs are usually limited in size. 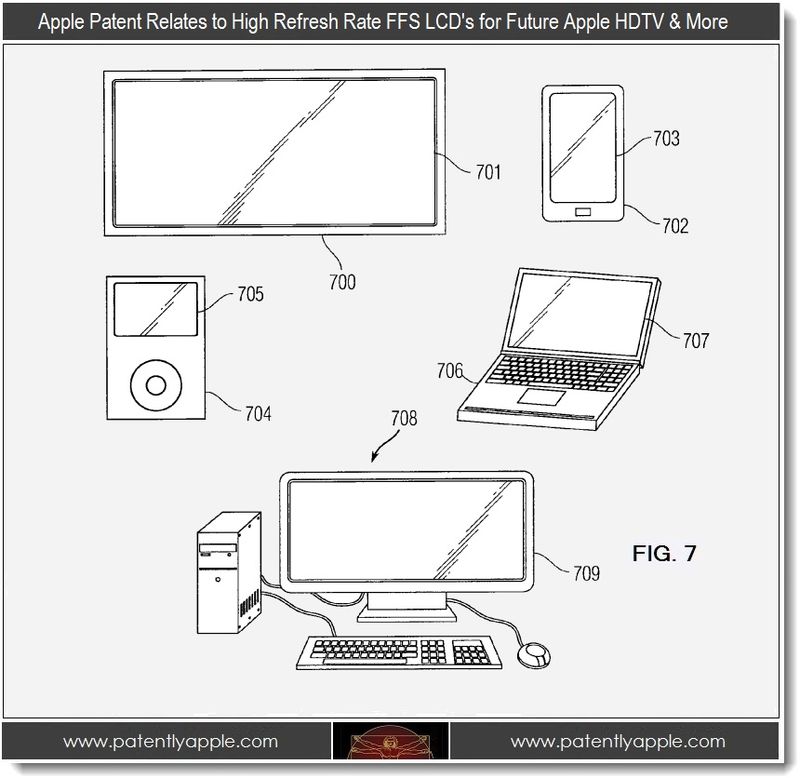 The Different Stages of the Manufacturing of a Substrate Assembly 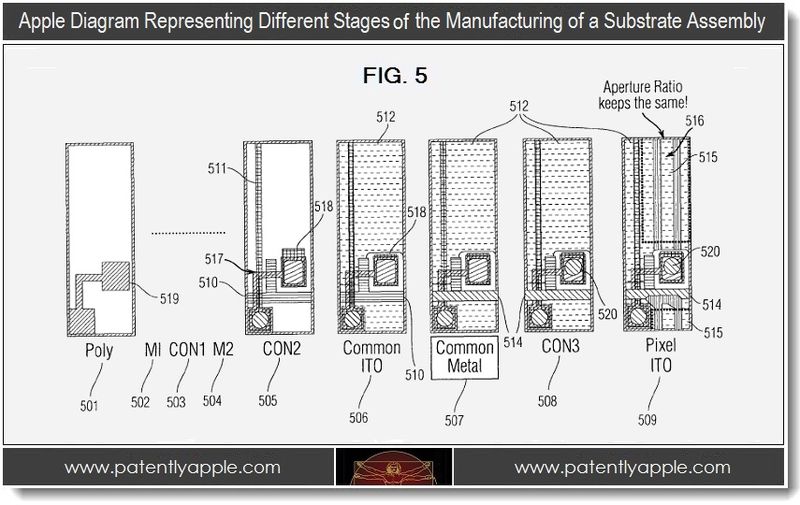 For a Future Apple TV

Apple's Retina Display is the Future for TV

It's unknown at this time if the advanced S-IPS technology for FFS plays a role of any kind in the foundation for Apple's current Retina Display technology; the technology that's likely to end up in a (possible) future Apple HDTV.

Apple credits Shih Chang and John Zhong as the inventors of this patent which was originally filed in Q4 2008 and published today by the US Patent and Trademark Office.