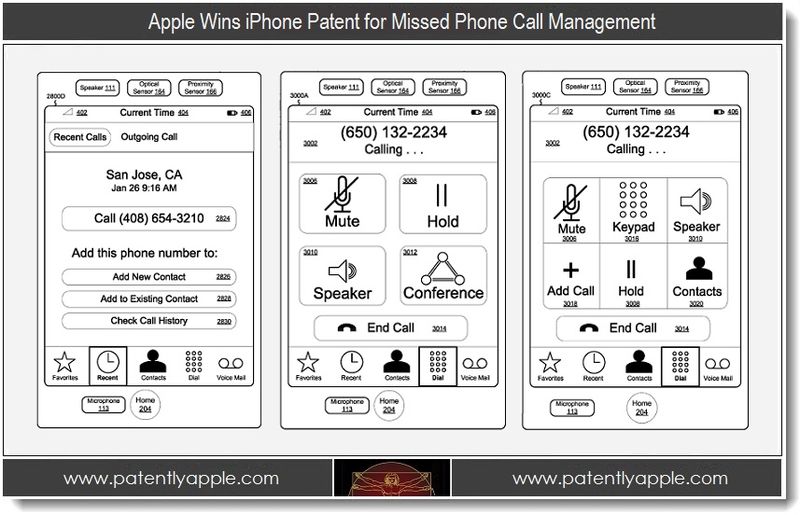 The US Patent and Trademark Office officially published a series of twenty-three newly granted patents for Apple Inc. today. In this report we focus on a single patent regarding the iPhone's "Missed Phone Call Management" system while presenting you with an additional sixteen links to other granted patents that you may wish to explore.

Apple has received a Granted Patent that relates to portable electronic devices, and more particularly, to portable devices that are capable of performing multiple communication functions including telephony. The one function that is emphasized in this patent concerns management of missed phone calls. A few of the key points are as follows: 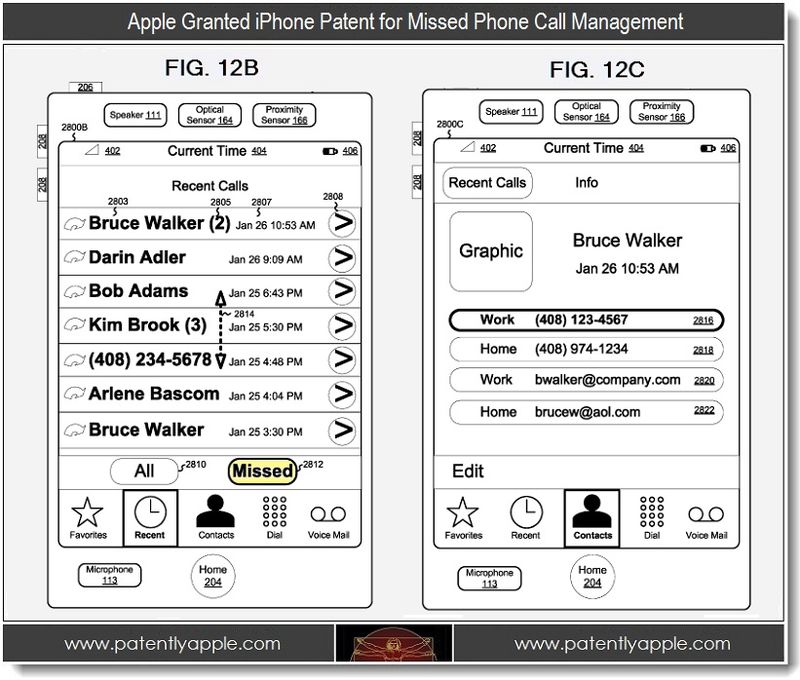 The late Steve Jobs stated during the original iPhone launch that the iPhone was protected by over 200 patents. While the emphasis has been on Apple's multi-touch patents over the years, especially in court, today's patent concerns one of the original iPhone system modules and related user interfaces. We're likely to see a number of other iPhone related system module and UI patents roll out over the coming years. 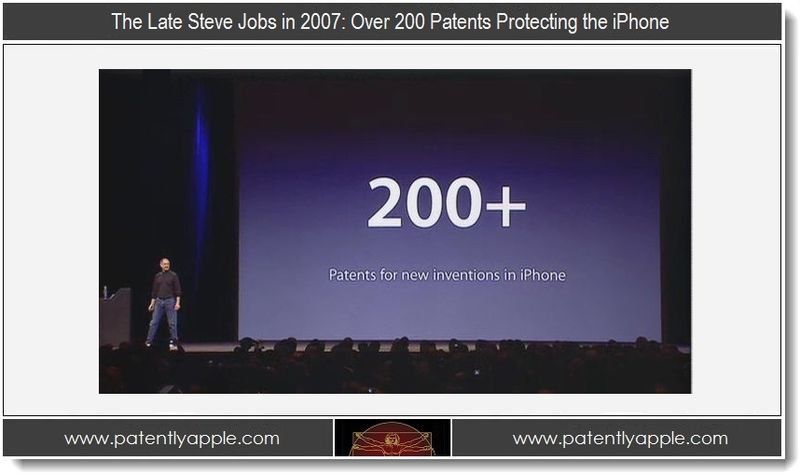 Apple credits Senior VP of iPhone Software Scott Forstall, Greg Christie, Scott Herz, Imran Chaudhri, Michael Matas, Marcel Van Os and Stephen Lemay as the inventors of this patent which was filed for in Q3 2011 yet originally filed in Q2 2007 under patent number 8,014,760 just as the iPhone was being launched. To review Apple's twenty-two patent claims, see granted patent 8,135,389.

Over and above the specific Apple granted patent outlined above, we present you with links to the majority of the other granted patents published today:

For the remainder of today's patents, see our second patent report posted today.