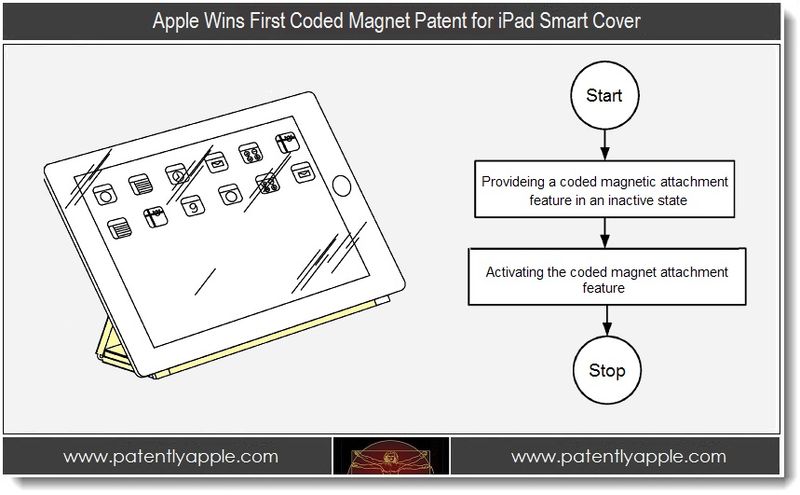 The US Patent and Trademark Office officially published a series of seventeen newly granted patents for Apple Inc. today. In our first report of the day we covered a design win for Apple's Shanghai Store. In our second report of the day we focus entirely on Apple's first coded magnet patent win as it relates to their iPad Smart Cover. Apple officially introduced the iPad Smart Cover a year ago and the first patent about the iPad Smart Cover surfaced in December 2011. Kicking off 2012 we were able to view Apple's dramatic overview of their coded magnet technology which provided us with a peak of what could be in the pipeline for this promising technology. While Apple has received their first coded magnet patent today, it certainly won't be their last.

Apple has won their first coded magnet patent win today. Apple's invention generally relates to a system, method, and apparatus for releasably attaching the iPad smart cover accessory to an iPad. The iPad Smart Cover includes at least an accessory body and a magnetic assembly pivotally connected to the accessory body. The magnetic assembly includes at least a first plurality of magnetic elements arranged adjacent one another in a first relative size order along a first line and arranged according to a first polarity pattern of alternating magnetic polarities, and a second plurality of magnetic elements arranged adjacent to one another in a second relative size order along the first line and according to a second polarity pattern of alternating magnetic polarities. 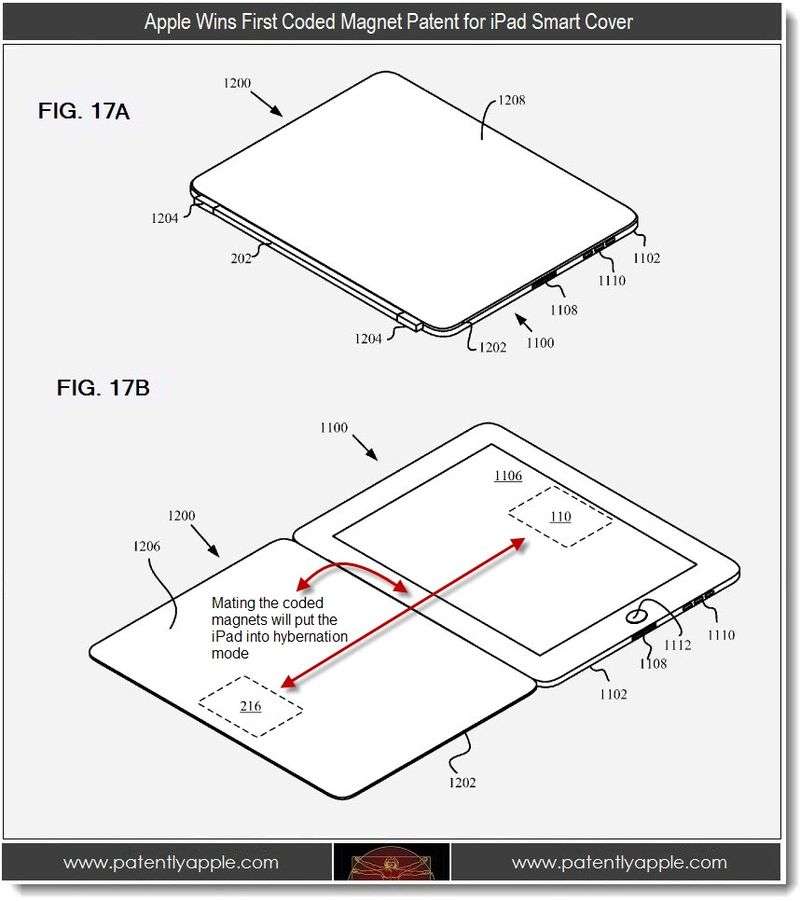 One of the key attributes to the iPad Smart Cover is its creative folding triangles. In patent FIG. 18 we see a top view of a specific embodiment of the cover assembly in the form of a segmented cover assembly. At the time, Apple stated that a material such as micro-fiber is used to passively clean the delicate display surface. On the other hand, a layer that is exposed to the external environment could be formed of a more rugged and durable material such as plastic or leather.

The iPad Smart Cover provides inserts that provide stiffness to the cover assembly. In some cases, the inserts may be referred to as stiffeners. As such, the cover assembly is relatively stiff except along the foldable regions that are thinner and do not include the inserts (e.g., allows folding) making segmented cover assembly 1300 more robust and easier to handle. Examples of materials that could be used include plastics, fiber glass, carbon fiber composites, metals, and the like. 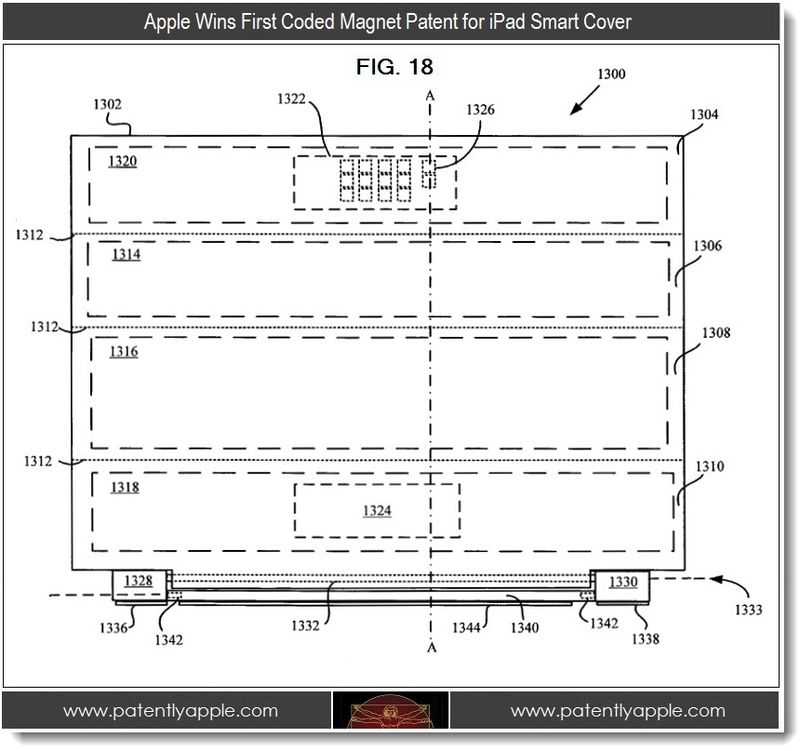 Apple's patent FIG. 4A is a simplified perspective view of an article that is releasably attachable to an electronic device via the top and side magnetic attachment systems; FIG. 4B shows a cooperating system of the attached article and the electronic device shown in FIG. 4A in a closed configuration; FIG. 4C shows the cooperating system of FIG. 4B in an open configuration. 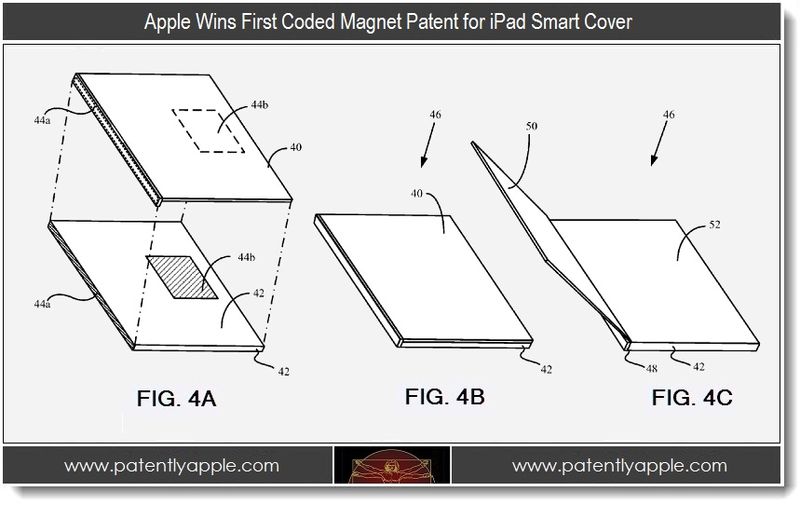 To get a richer overview of this technology, see our initial report on Apple's smart cover for iPad.

Over and above the granted patent that we specifically reported on, we present you with links to a few others that were published today at the US Patent and Trademark Office.

8,138,896 - Tactile feedback in an electronic device (vibrate, visual/audio feedback and/or olfacatory feedback which relates to smell. That's interesting – though Apple doesn't provide us with a single example, unfortunately.)

8,140,714 - Media management and routing within an electronic device

8,140,729 - Method and apparatus for arbitration on a full-duplex bus using dual phases

No, it's Sir Jonathan Ive. But Sir Ive is quite fine.

It's Sir Jonathan, not Sir Ive.