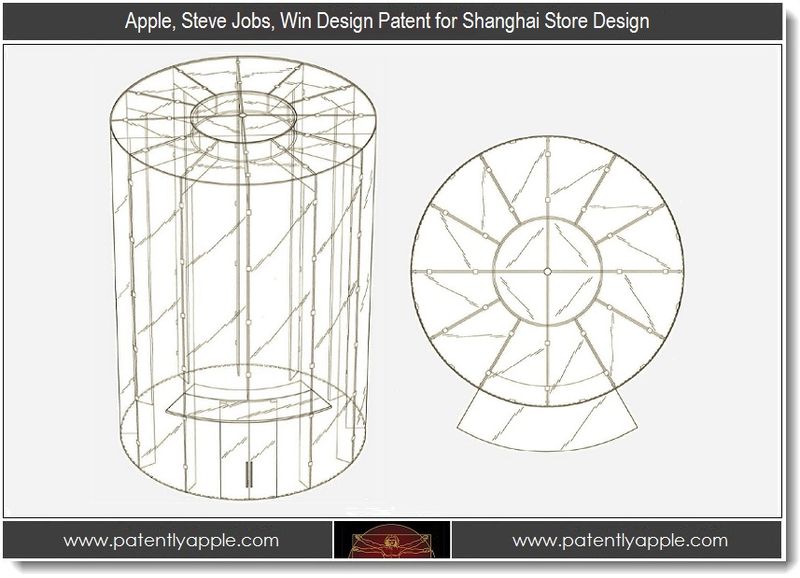 Apple has many flagship stores in high profile locations around the world such as New York, Beijing, London, Paris, Montreal, Chicago, Sydney and Zurich. Today, the US Patent and Trademark Office granted Apple a design patent for their flagship Shanghai Apple Store which opened its doors in September 2010. One of the designers credited for this incredible architecture is the late Apple CEO Steve Jobs.

Apple Granted a Design Patent for their Shanghai Apple Store 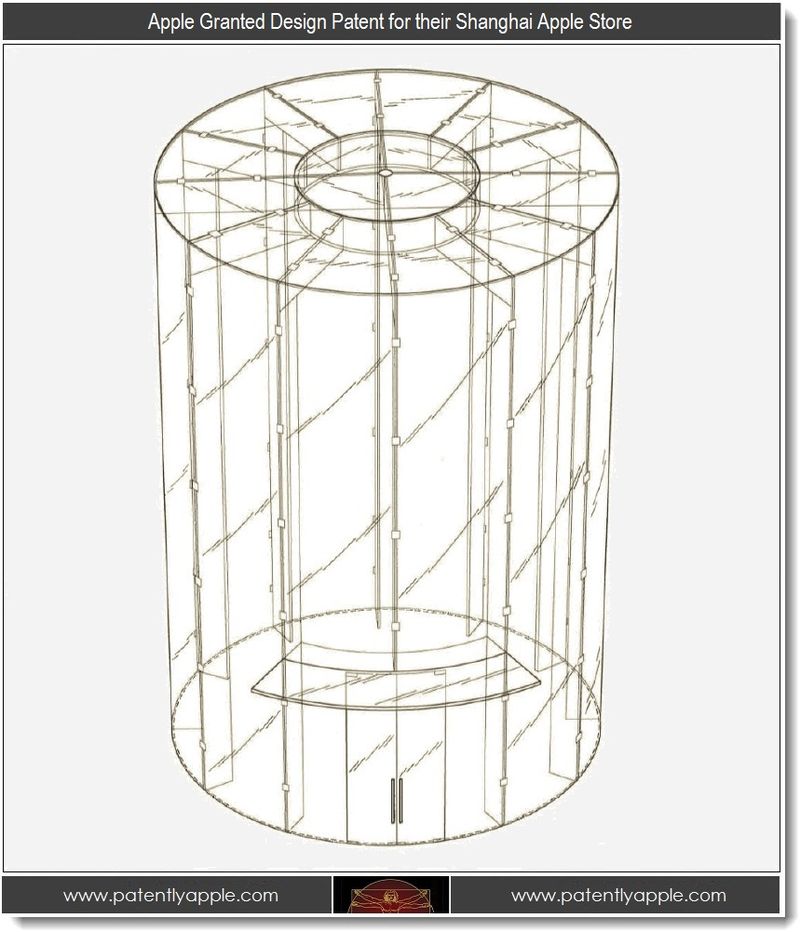 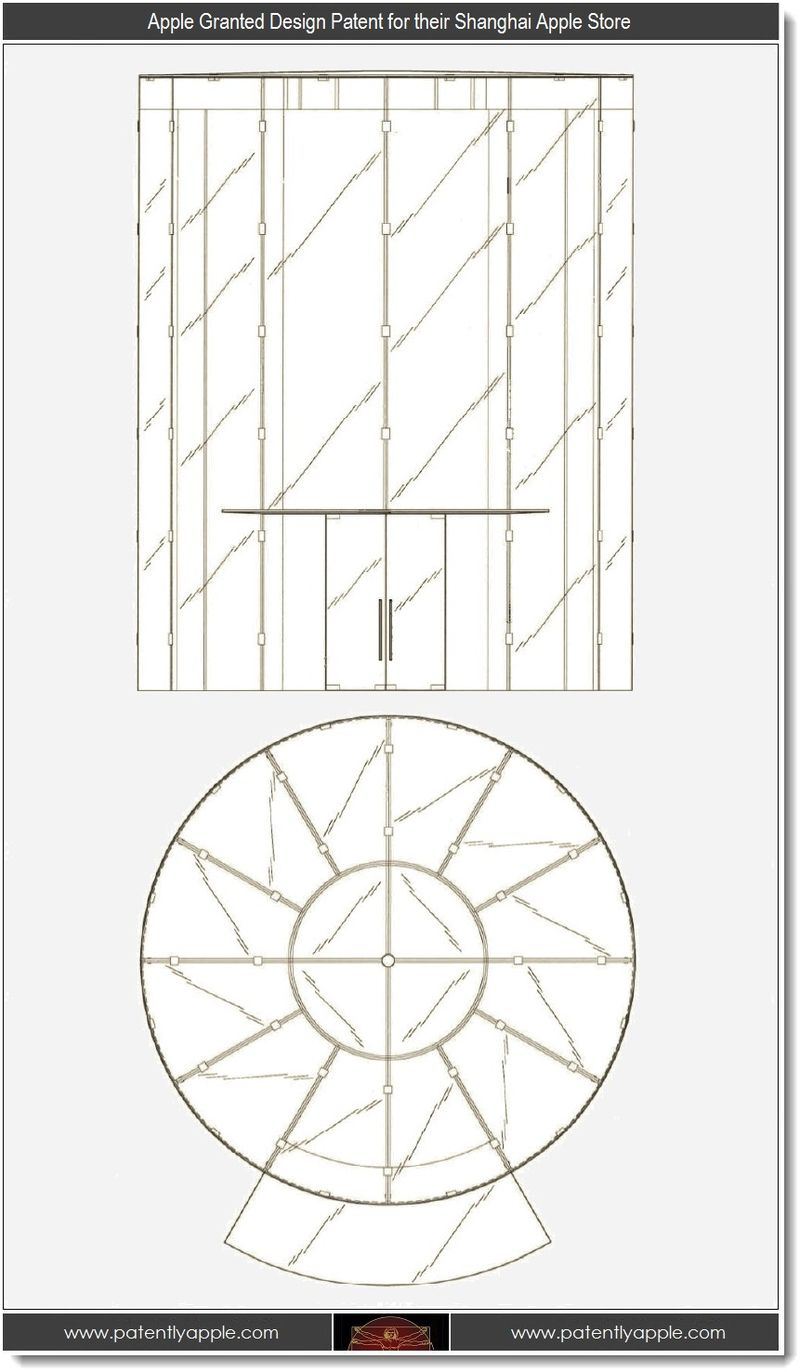 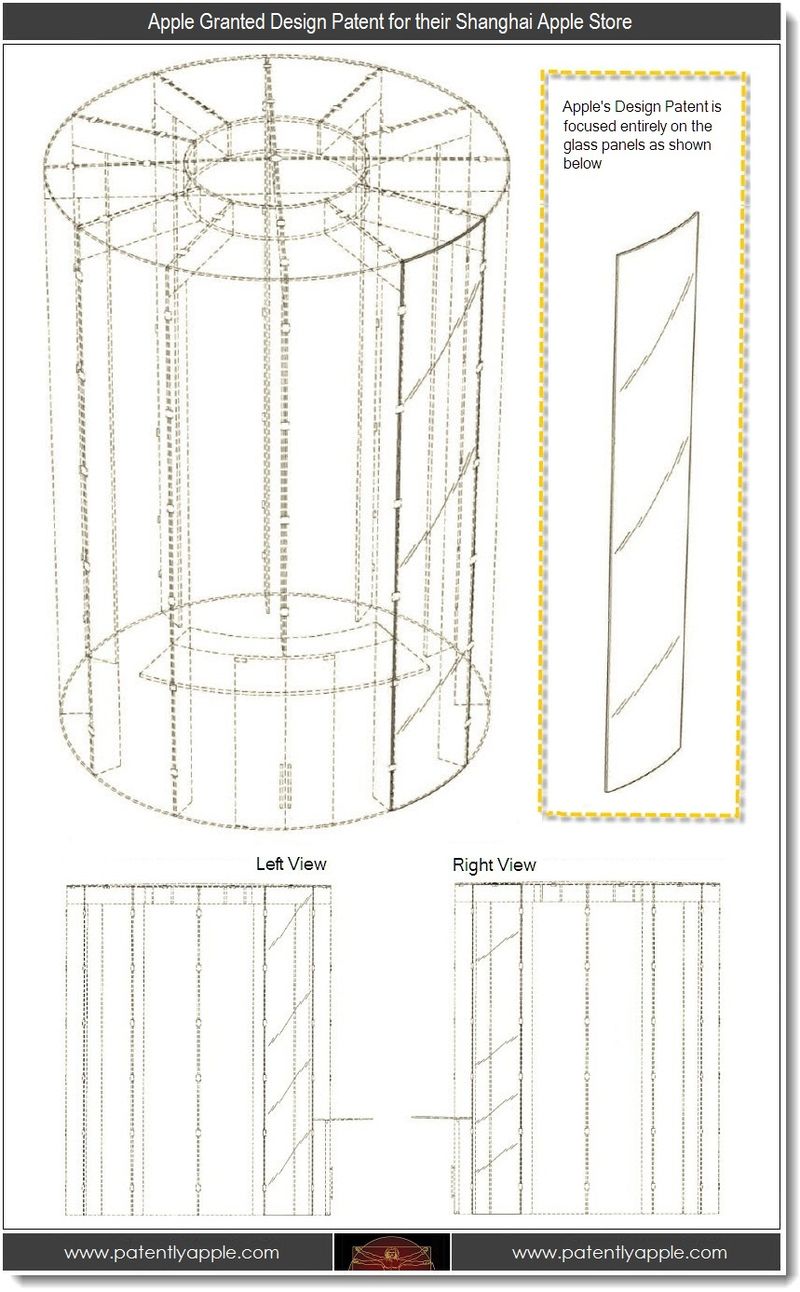 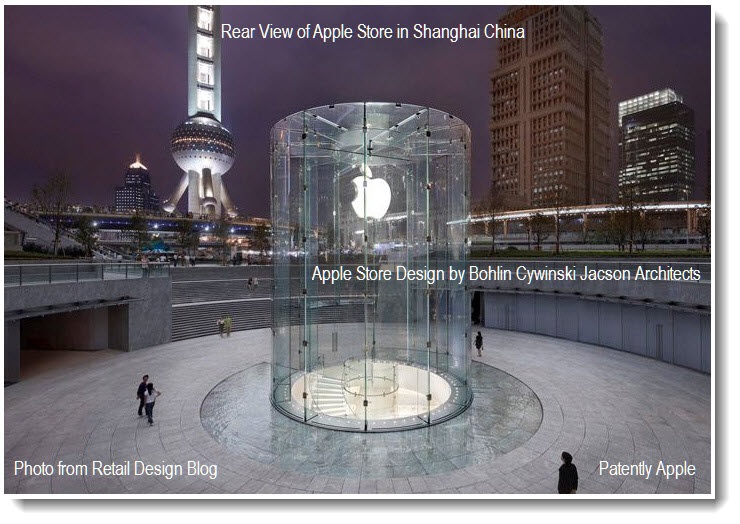 Steve Jobs' love and fascination for glass structures will extend on through to their new headquarters now in development.

Last week Apple was granted a series of design wins for various iPod designs and the streak continues. 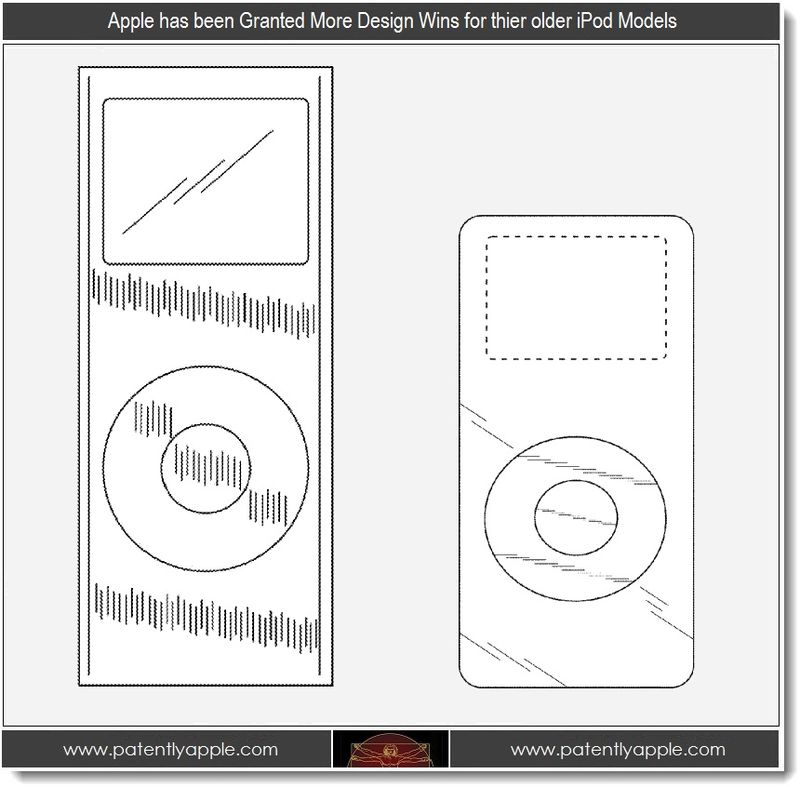 Apple has been granted design patents by the US Patent and Trademark Office for their 2005 iPod nano, 2006 iPod nano and another for their iPod Classic.

1) What part of Design Patent from the US Patent Office don't you get?

2) I doubt that the architect had the vision for what Apple wanted. I think that too many architects get credit for client ideas.

3) I think that I smell snobbery and contempt.

Patent? The works of an architect or author are protected by a copyright, but not a patent. And although every client contributes his input, I doubt that Steve Jobs possessed special architectural talents in addition to his other talents. (Too many clients are unjustly attributed the credit for the talent of their architect.)