Apple Finally Gets the Green Light from USPTO for iTunes Logo 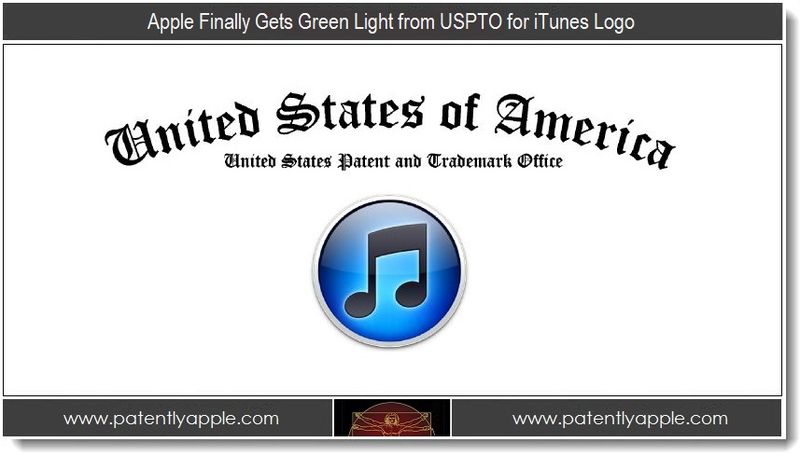 On March 28, 2012, the US Patent & Trademark Office officially published Apple's  registered trademark status for the iTunes logo. Apple officially filed for the iTunes logo on June 17, 2010. The iTunes logo is protected under a series of International Classes which includes coverage for  such matters as social networking, telecom, retail and entertainment services. While Apple's CEO Tim Cook is off to China to clear up a few issues including the iPad trademark, he could at least be relieved to know that their all-important iTunes logo is now legally theirs. Well, at least in the US that is. 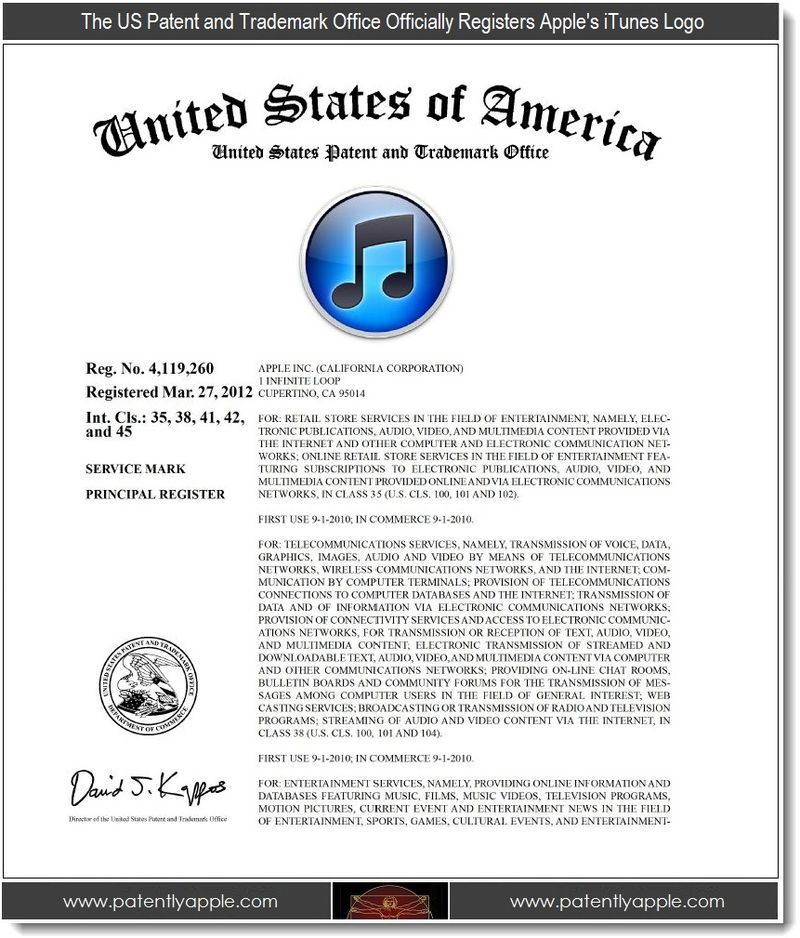 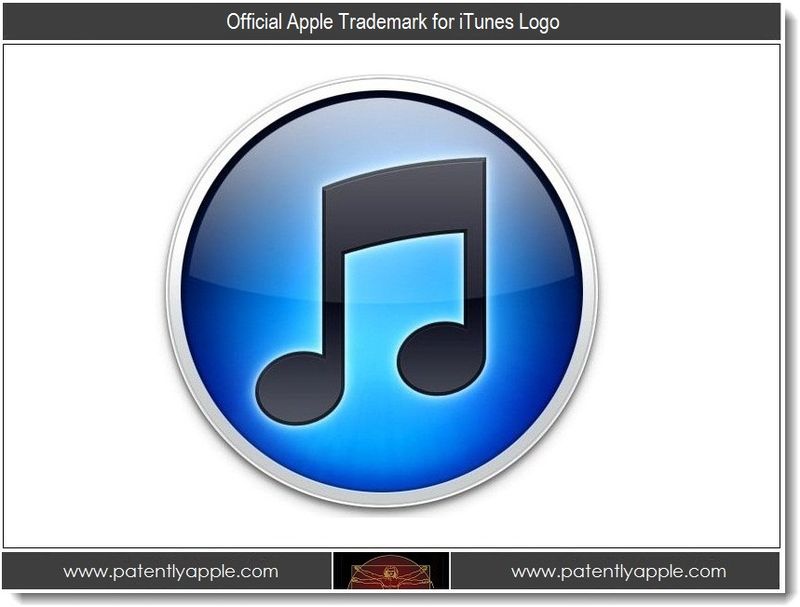