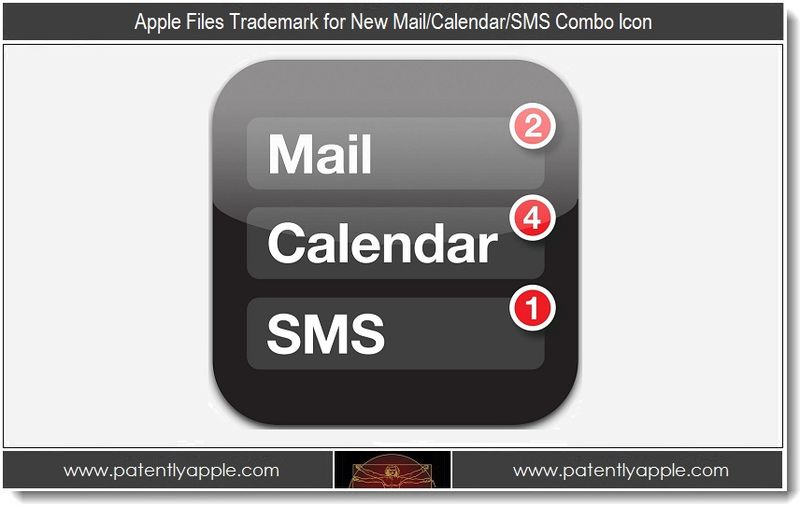 To close out March, Apple has filed for a new communications icon in Europe that covers Mail, Calendar and SMS in one unique live combo icon. The new icon is associated with Apple's Notification Center. Apple's trademark application 010765485 is shown to have been filed under International Class 009 covering such things as "computer software for the redirection of messages, Internet e-mail, and/or other data to one or more electronic handheld devices," and more. While the icon is used to identify the Notification Center, it should also be used as a convenient icon for our iOS devices. 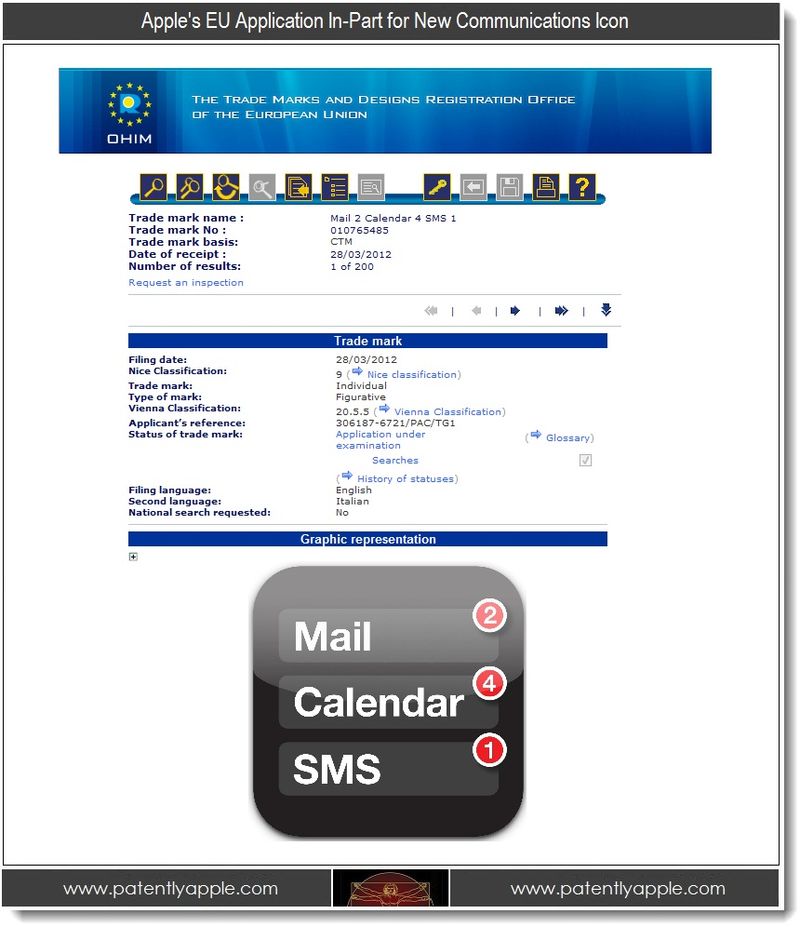 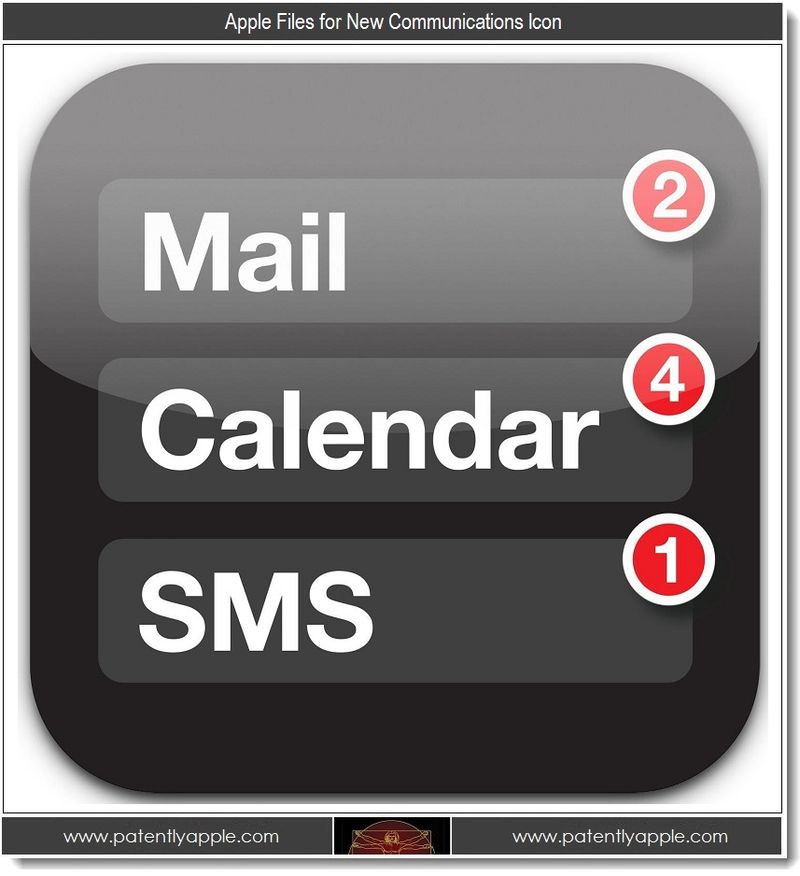 Apple filed their trademark under International Class 009 covering such matters as "computer software for the redirection of messages, Internet e-mail, and/or other data to one or more electronic handheld devices from a data store on or associated with a personal computer or a server; computer software for the synchronization of data between a remote station or device and a fixed or remote station or device," and much more.

Apple asserts a claim of Priority based on their filing in Jamaica, September 28, 2011 under number 58983.