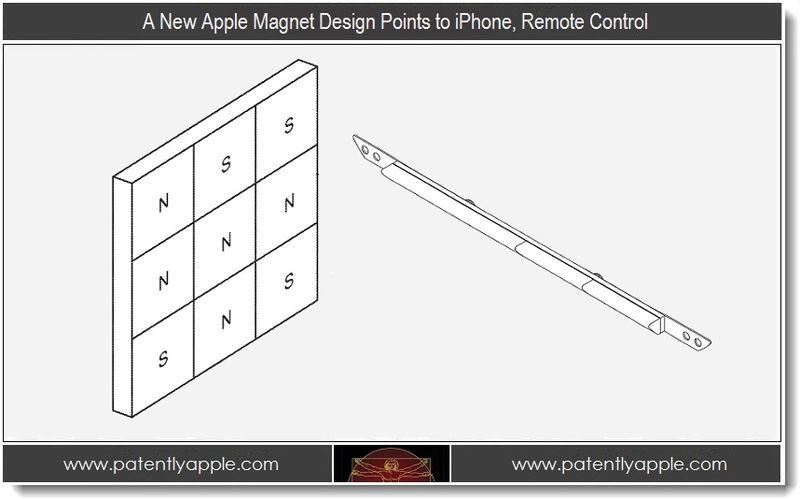 An exciting new coded magnetic fastening component design from Apple has surfaced in Canada's Industrial Designs Database this morning. The database states that it was publically published on March 22, 2012. The new design is listed under classifications that cover such consumer products as a remote control, telecommunications housings and more. A portion of the design resembles Apple's January patent figure for a future MacBook Pro docking station with inductive charging capabilities. While we can't confirm which of the products this component is headed for today, we can certainly state that it's for a product beyond the iPad Smart Cover. Apple's latest revelation is most interesting indeed. 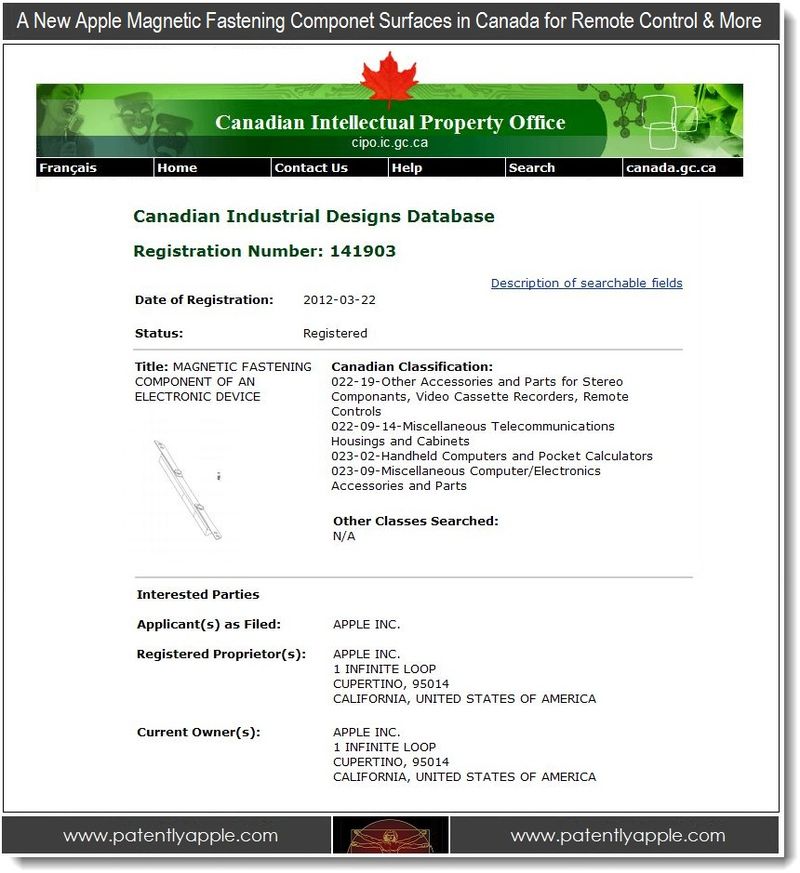 As you can see for yourself, the classifications for Apple's latest design were chosen to cover an interesting collection of devices such as a remote control, telecommunications housings (such as the iPhone) and miscellaneous accessories and parts.

In our January 2012 report titled "Apple introduces us to the Wild World of Coded Magnets" we presented Apple's patent figure that related to a MacBook Dock for Inductive Charging that was described as using coded magnets. The design illustrated similar side wings as the design above does.

Until Apple releases the product that relates to this design we're left in the dark as to its exact nature. However, it should be pointed out that the characteristics that we highlighted in yellow below are definitely not associated with today's iPad Smart Cover. So it's definitely a product yet to come to market. 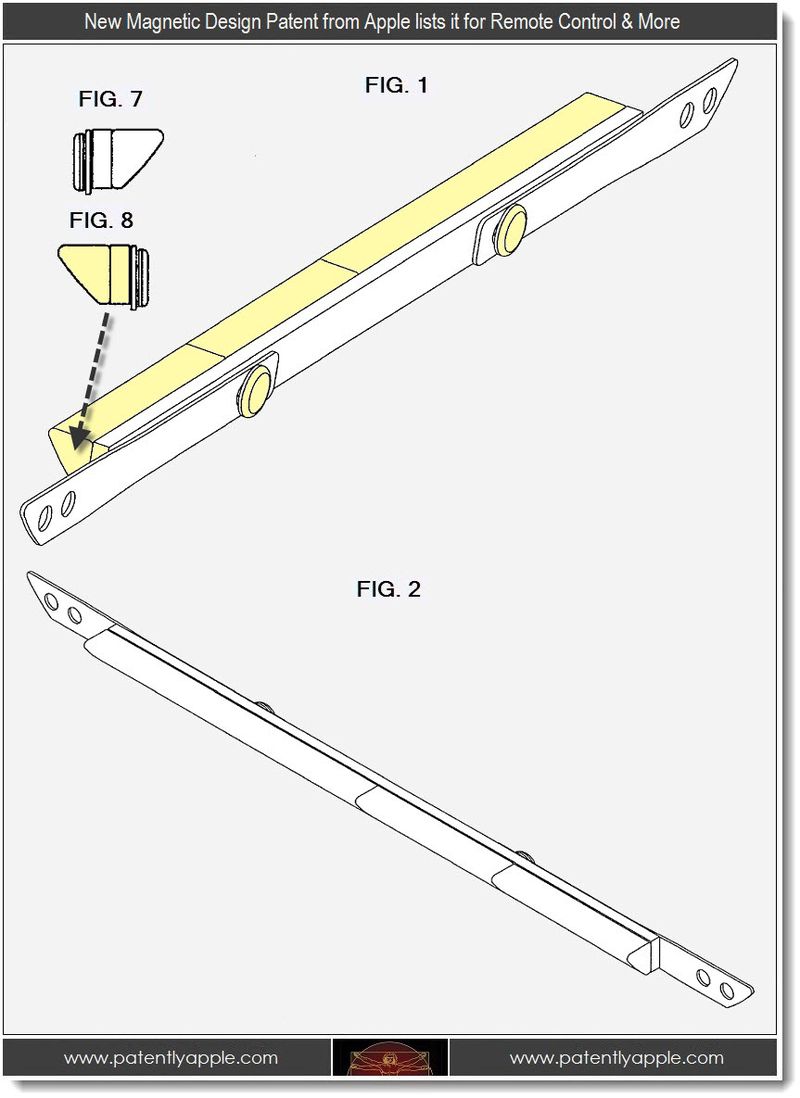 Interestingly, Apple's timing of the release of this magnetic component design that could relate to a remote control comes on the heels of several recently revealed remote control patents from Apple.

@ Rob. The design appears to match the concept of a MacBook dock as presented in another patent that I link to in this report, Rob. In that concept patent figure, we see that the magnets are on the backside of the bar noted above. Meaning, this angle of the patent figure isn't showing us the magnetic clips. Only the outer shell is shown here.

From what I see, it's new and not associated with today's iPad Smart Cover.

Detachable MacBook Air screen as a tablet? And to magic-netically attach to a dock..
If all of that angled block is a magnet... it's one mighty magnet!
The angle of the ends of the bracket, and the angle of the magnet block itself look a bit like they fit into a housing..