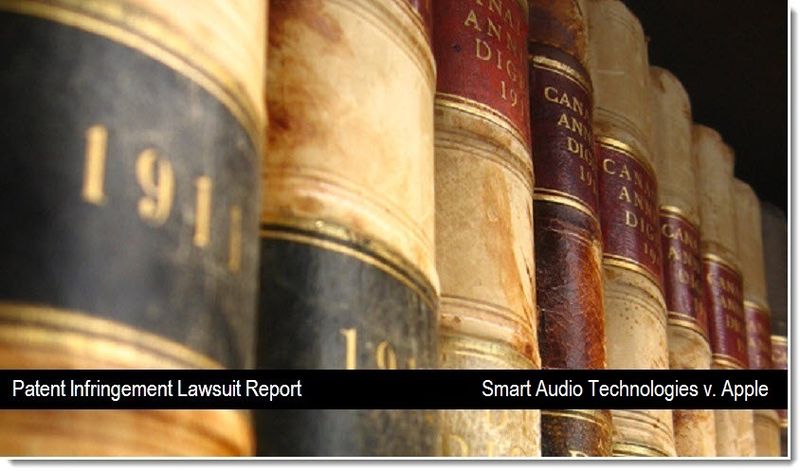 Texas based Smart Audio Technologies has filed a patent infringement lawsuit against Apple in the Delaware District Court. The patent infringement lawsuit concerns Apple's media players in respect to their ability to "modify a play list of a random access player." Oddly Smart Audio only identifies the iPod nano by name. Yet the most interesting aspect of this case, if there is one, is that Smart Audio's key exhibit is that of patent assigned to Delco Electronics.

The patent that Apple is allegedly infringing upon is that of patent 6,185,163. This particular patent is duly noted as being assigned to Delco Electronics Corporation regarding a "Vehicle audio system having random access player with play list control dated February 6, 2001. Below are patent figures 1 and 2. The second patent figure clearly illustrates a "Playlist" feature, which is at the center of this lawsuit. 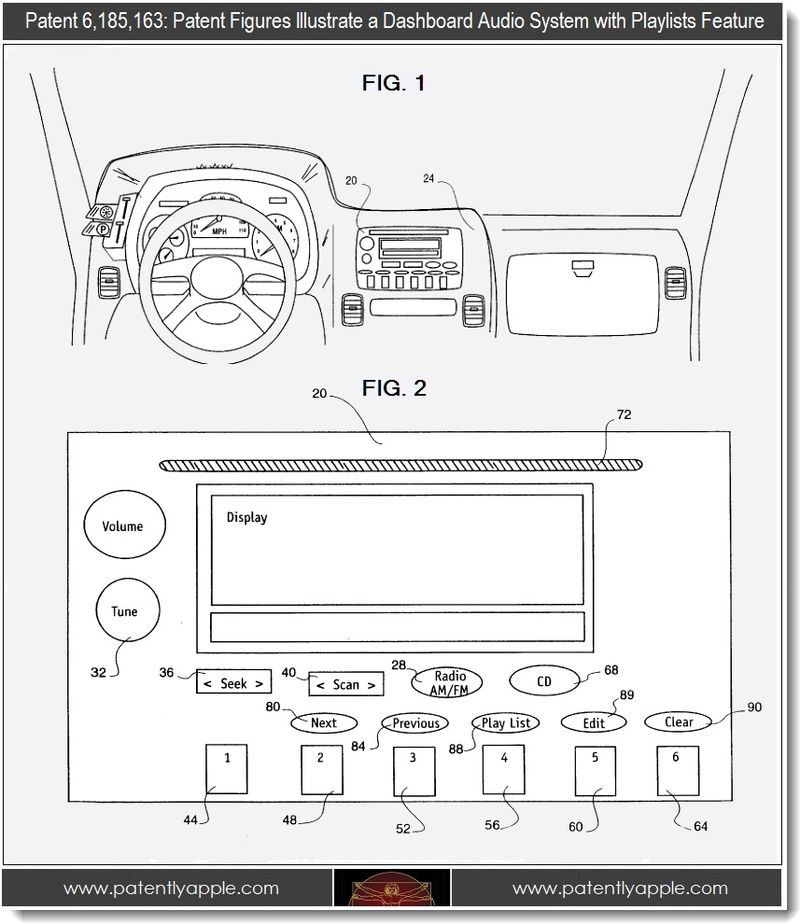 One of the points worth mentioning about this patent, is that all of the patent claims are prefaced with either the phrasing "A vehicle audio system," or "The vehicle audio system." Does Apple have a Vehicle Audio System? Not at the moment. So how does Apple's handheld media players relate to the claims about a vehicle audio system? Yes, I'm shaking my head like you are on this one. Is this another patent troll case? Well, that's for you to judge.

That's like allowing a patent for placing records in a particular order and then reshuffling them before/at the time of play.

Seriously, it's gotten to where I think I could patent "3-4 inch green leafy blades that protrude from the earth" so I can sue anyone with a lawn.