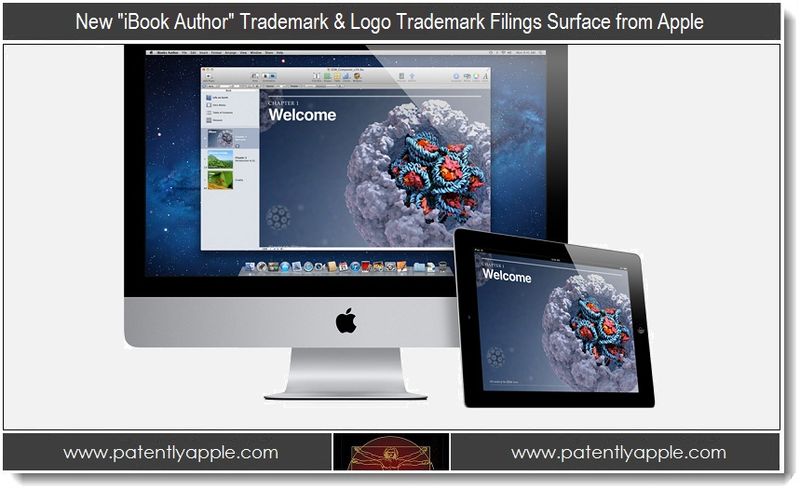 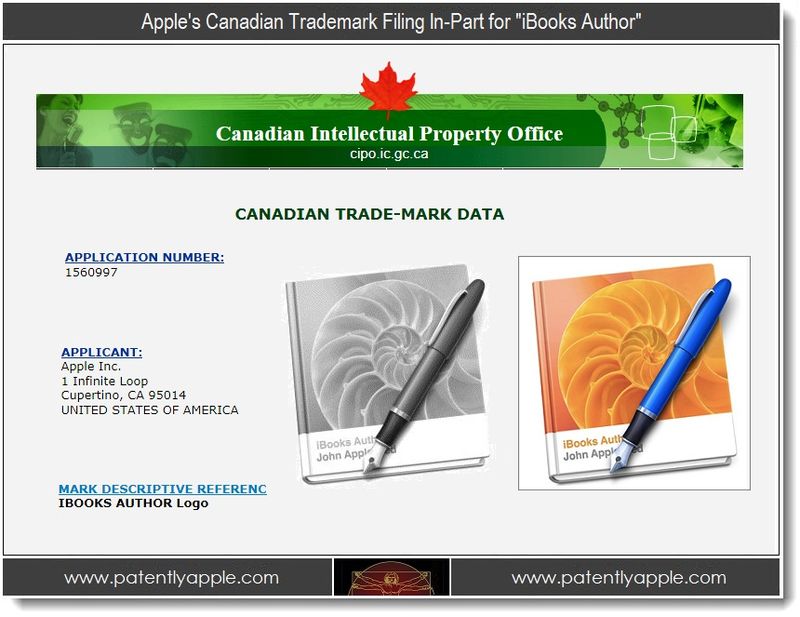 Apple's filing lists Vienna Code Descriptors that indicate that the logo is in fact in color, despite the fact that the supplied logo in the filing is only Black in White. The colors listed include red, pink, orange, blue, black, grey, silver and white. The colored version of the logo noted above was added from another source.

Apple also filed their trademark under the category of "Wares" which basically covers all of the important hardware that iBooks Author will work with, including computers, handhelds, tablets, MP3 players, PDA's, phones and much more. The full list was unreasonably long to list in our report.