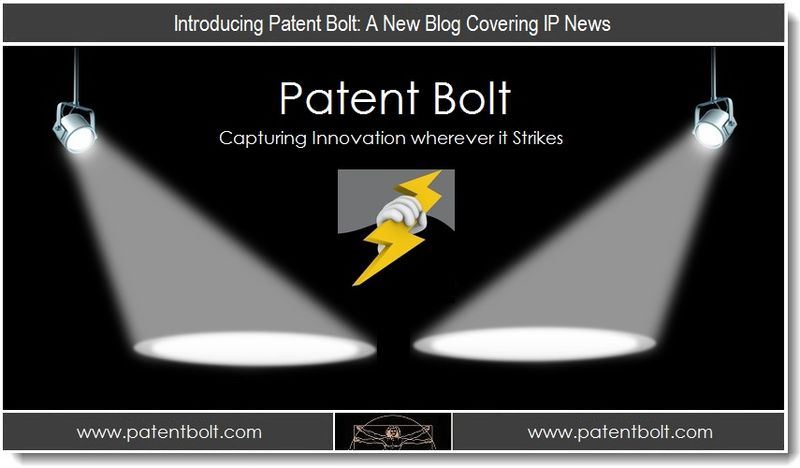 Patently Apple is proud to introduce our new spinoff called Patent Bolt, a blog primarily focused on reporting about exciting new inventions from some of the leading players in the PC and mobile industry outside of Apple. Patent Bolt is an exciting new addition to our site that will meet the needs of many communities looking for better IP news on the coming inventions that could change our world.

Over the past few years, many Apple fans had emailed me wanting to know if our site could cover other interesting patents outside of Apple. After many discussions, it became clear. With iPhone and iPad sales soaring, a new breed of Apple fan had emerged. If you look at Apple's stats, the iPhone and iPad sales combined so outsell traditional Macs that it's clear what we now have is a new Apple fan base disconnected from the foundational Mac community. These are fans that absolutely love all things iOS but are quite happy with their Windows based computers.

Apple began a very disruptive revolution with the introduction of next generation smart mobile devices and it has raised the level of innovation across the entire tech sector. This revolution will continue for decades to come and it's time that Patently Apple covers some of these new inventions that are streaming out each and every week. It's why we carefully chose the marketing slogan of "Capturing Innovation wherever it Strikes."

No matter how you look at it, Patent Bolt is the right move at the right time for our site and I know that many of you are cheering us on this morning. And to make it a little more fun, we've created distinct Twitter and Facebook sites for Patent Bolt fans that could be accessed from our new blog. Just go to Patently Apple's navigation bar and click on Patent Bolt to check it all out. We even have two interesting reports out this morning covering Google docking stations and Samsung's likely move into gaming.

In closing, I'd like to take a moment to thank Patently Apple fans for their patience last week as most of our reports were about non-Apple patents. We didn't receive a single complaint and that just goes to show just how classy our fans really are. Thanks for all of your ongoing support and I hope that you'll enjoy our new edition to Patently Apple. We may even have another new addition in the works for next year. So stay tuned.