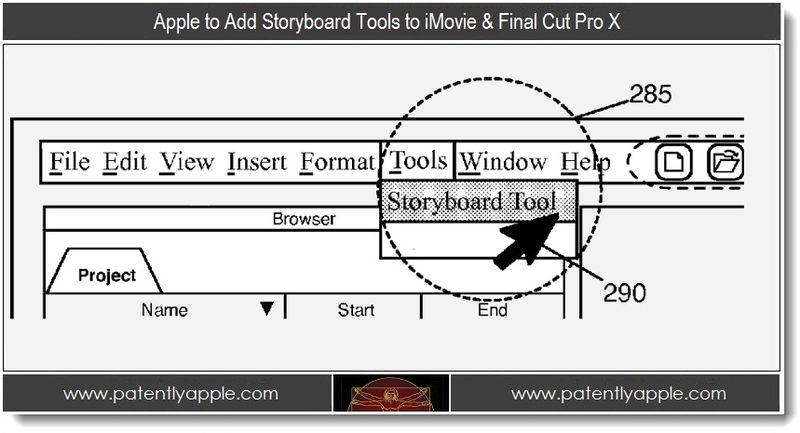 Last week a patent filing revealed that Apple is planning to bring a teleprompter tool to both iMovie and Final Cut Pro X sometime in the future. This week, the adventure deepens. Apple now reveals that they're also thinking about bringing a new and novel Storyboard tool to both programs. This must have been an idea that Steve Jobs brought to the table being that it was an everyday tool used by his Pixar team. And to close off our report, we reveal an interesting patent figure that was published today that might have been an accident. The patent figure shows us a never seen before iPhone accessory. Time will tell if the idea ever pans out, but you should check it and weigh-in for yourself.

Various media editing applications facilitate such composition through electronic means. Specifically, a computer or other electronic device with a processor and computer readable storage medium executes the media content editing application. In so doing, the computer generates a graphical interface that allows designers to digitally manipulate graphical representations of the media content to produce a desired result. 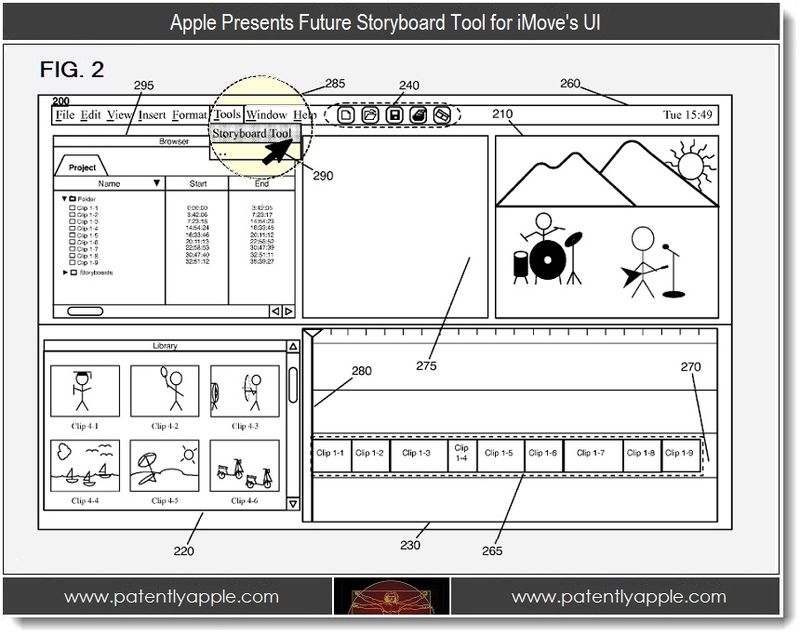 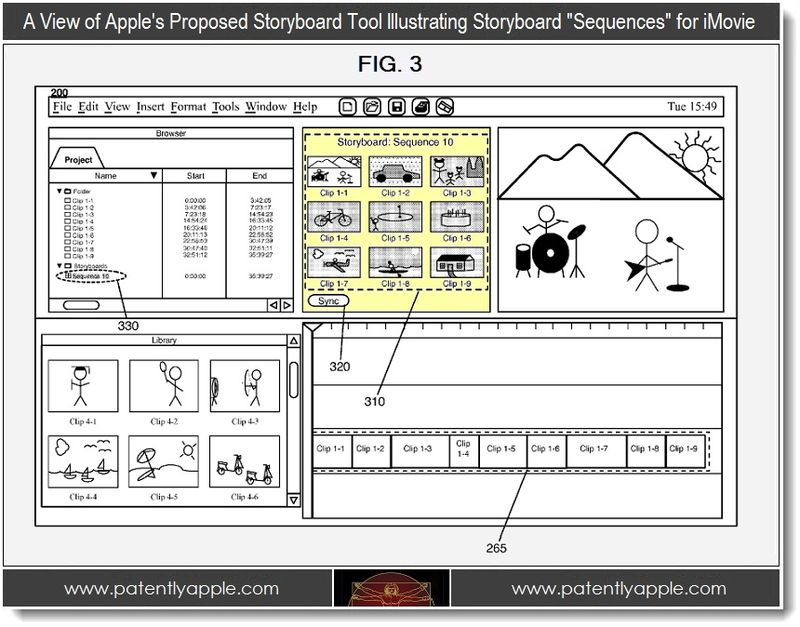 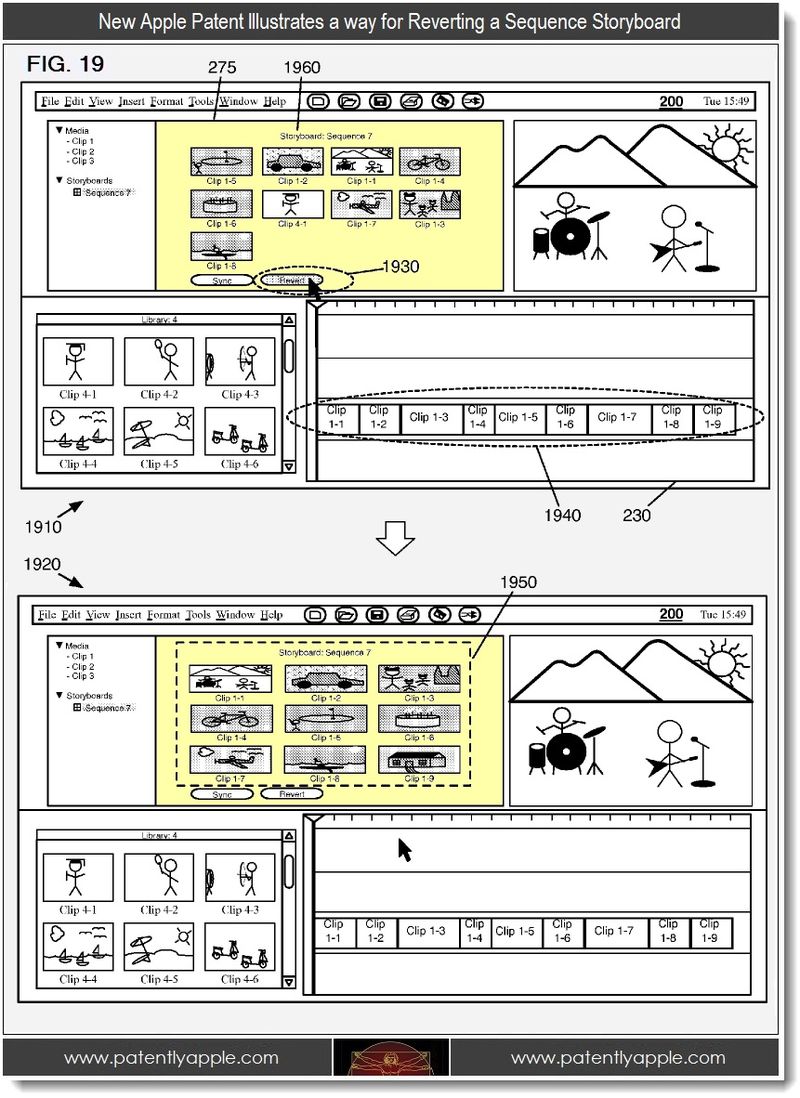 A New Patent May have Accidentally Revealed a Future iPhone Accessory

In a rather ho-hum patent filing concerning mechanisms for detecting devices that have been exposed to water – so that Apple could deny your damage claims if you try to pull a fast one – Apple may have accidentally revealed a future iPhone (iPod touch) accessory. 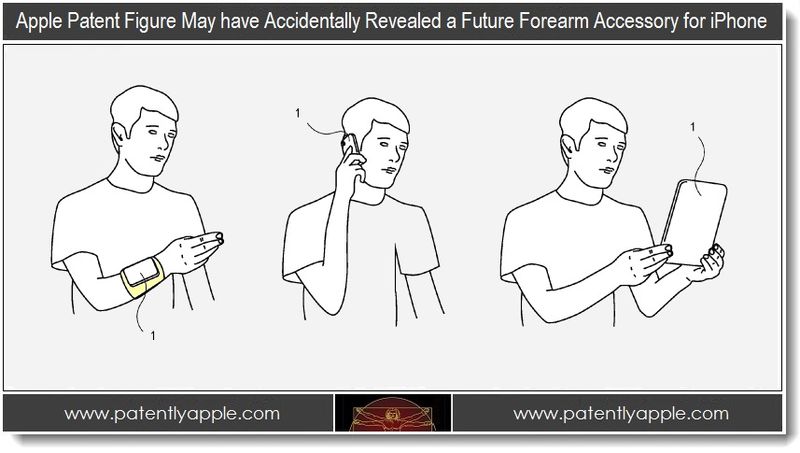 The mismatch of information is evident. Apple's patent points to the iPhone in context with the middle character and the iPad for the far right character. However, for the far left side, Apple's verbiage states that "In another instance, the mobile device 1 may be a digital media player, such as an iPod Touch device depicted in FIG. 1 as being worn around the user's waist." I don't see an example of a waist here; I see a forearm accessory and it has nothing to do with an iPod nano armband.

With Apple dreaming up new ways to utilize their new found admiration for coded magnets, you have to wonder if a nifty forearm iPod touch/iPhone holder accessory could be in the works incorporated such magnets. Our coded magnet report that we link to above was later updated to include a link to a video on the subject of coded magnets. Therein you'll find just how strong coded magnetic mating could really be.

On one hand it's just an interesting patent figure. On the other hand, how could Apple's artist have added such an accessory to a patent figure if they didn't already see it in Apple's design lab? Personally, I like the idea. How about you?