The US Patent and Trademark Office officially published a series of thirteen newly granted patents for Apple Inc. today. In our second patent report of the day we focus in on two specific patents and a series of design wins. The First patent covers Apple's MagSafe while the second covers Final Cut Pro's Motion module relating to 3D camera direction. 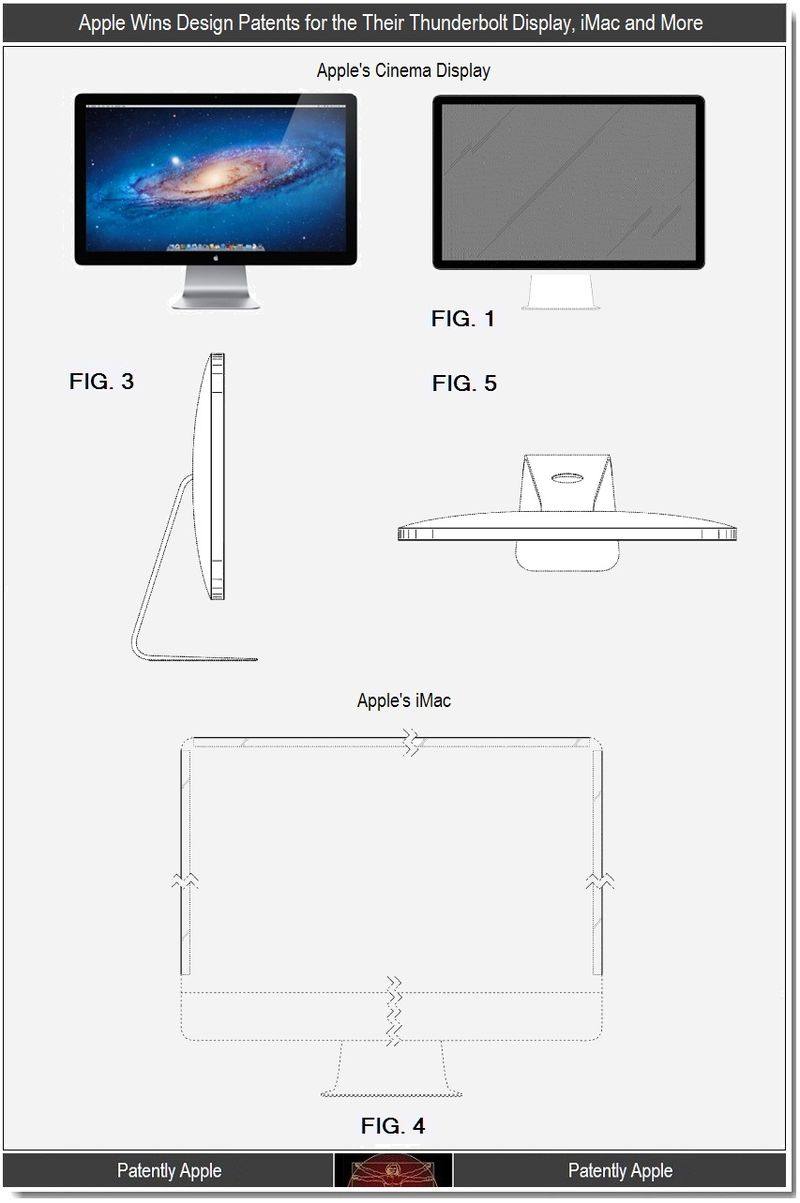 Apple Wins a Patent for MagSafe

Apple has received a Granted Patent covering the MagSafe Connector and MagSafe Power Adapter as shown the patent figures below.

Apple's 60 Watt MagSafe Power Adapter features a magnetic DC connector that ensures that the power cable will disconnect if it experiences undue strain and helps prevent fraying or weakening of the cables over time. In addition, the magnetic DC helps guide the plug into the system for a quick and secure connection. 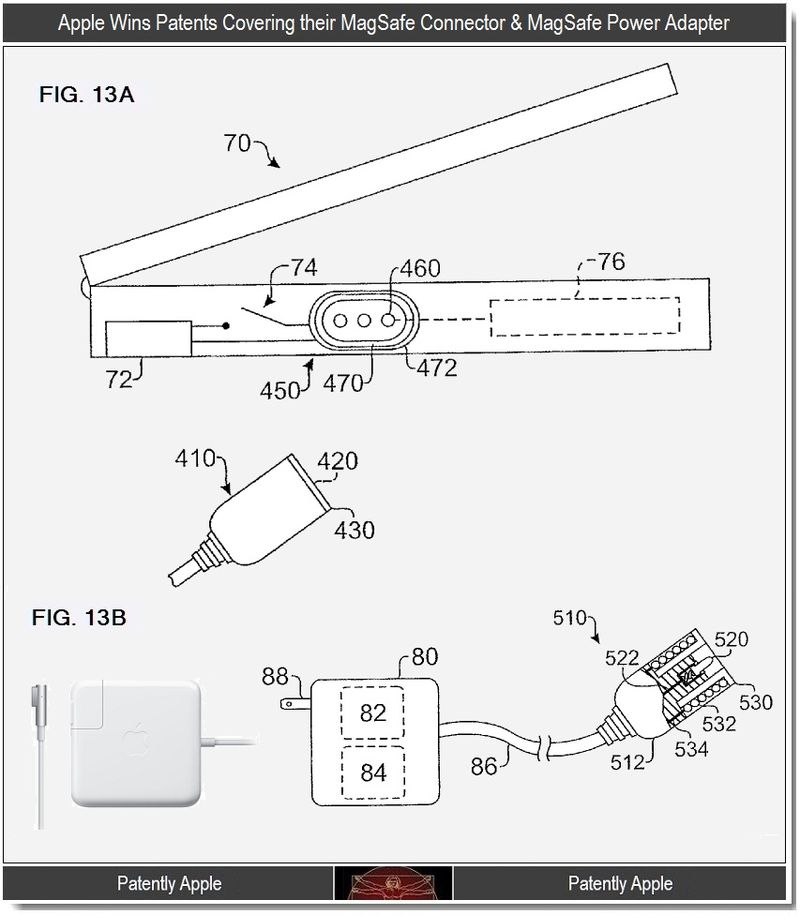 Apple has been granted a patent for Final Cut Pro's imaging module called "Motion." Apple's invention covers compositing images in a simulated space. Specifically, the invention relates to a method of simplifying the task of setting up the motions of a simulated camera in a simulated 3D space. 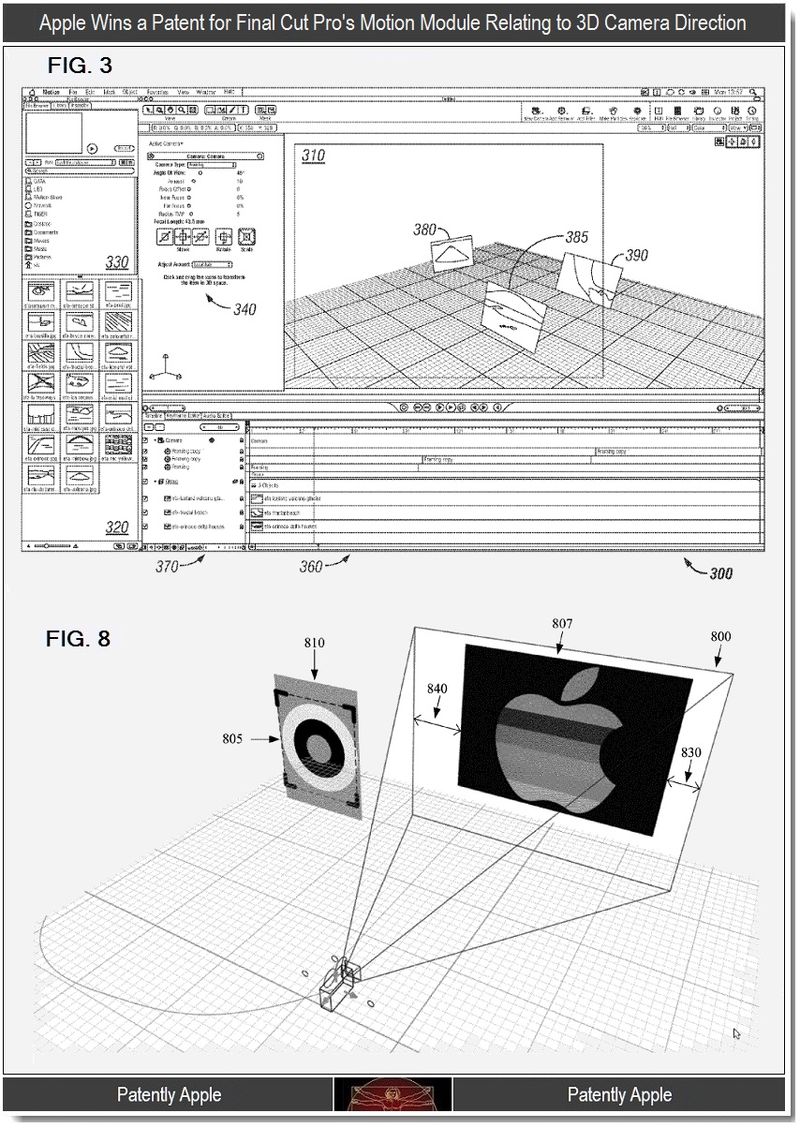 To review Apple's other thirty patent claims and invention detailing, see granted patent 8,089,479. Apple credits Sidhartha Deb, Gregory Niles, Stephen Sheeler and Guido Hucking as the inventors of this patent which was originally filed in Q2 2008. Apple has also been granted a patent for Expose - as it relates specifically to Final Cut Pro's Motion module. 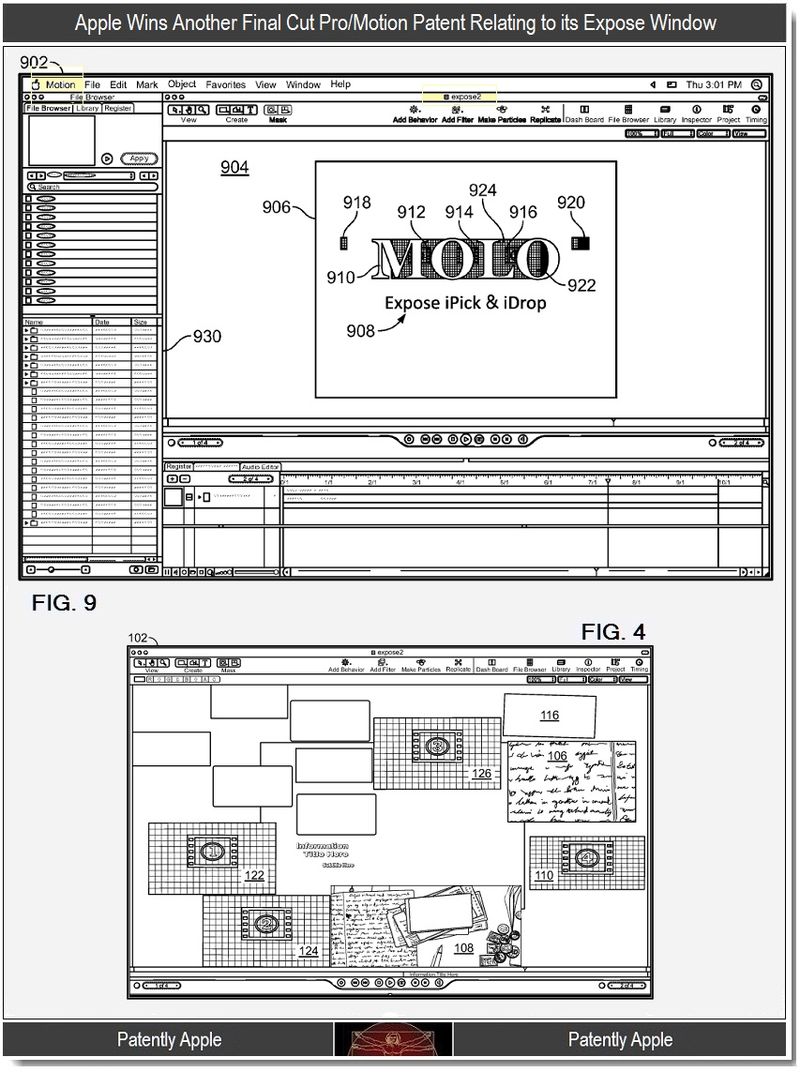 Is Motion still around as a standalone app? I don't think so. The only place you could find it today is with Final Cut Pro X, right? So I guess that it's fitting for this report to have stated that it's part of the Final Cut Pro application as a module.

It's not Final Cut Pro's Motion module. The patents cover the standalone Motion.app.

Hi Rob. Well you might be in luck. We covered that scenerio in a recent patent report listed below:

At least it's on Apple's drawing board, Rob. Cheers

It would be very nice if Apple could bring MagSafe over to iPad and iPhone.