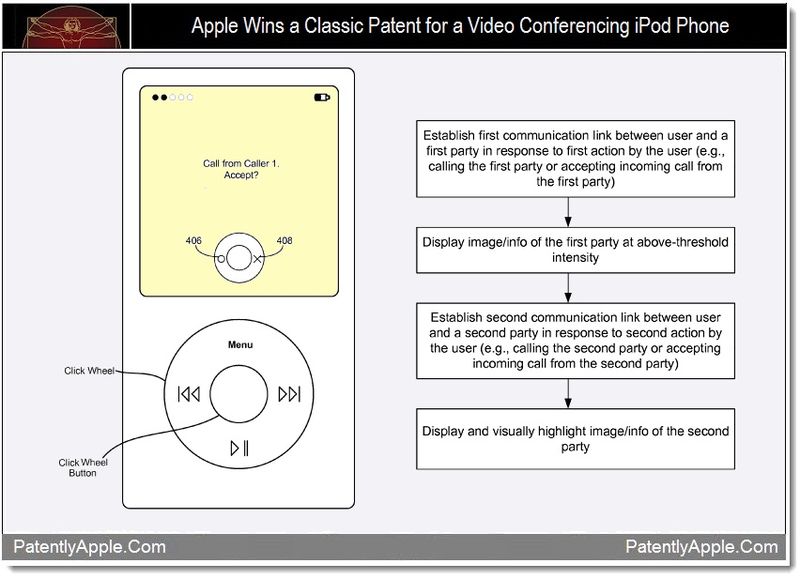 In our November 2011 report titled "Steve Jobs Secret Meeting to Explore an iPod Phone is Revealing," we covered how Steve Jobs set up two competing teams for creating a next generation tablet enabled smartphone. One team was focused on an iPod styled iPhone while the other was focused on an all-new tablet-centric design. Today we're able to explore a classic iPod styled smartphone patent that surfaced at the US Patent and Trademark Office. The newly granted patent covers the iPhone using call waiting and video conferencing. The date of the patent would strongly suggest that the technology pertained in this granted patent was really engineered for the iPhone as we know it today. It would also appear that Apple's desire to keep the iPhone design a secret until its introduction was paramount, and today's patent proves that out. By October 2006, Apple had the iPhone in hand – and so the patent filing with this dating would confirm that the iPod phone design presented in today's patent was merely a just-in-case cover up to mask the true design.

Apple has been granted a Classic Granted Patent that relates to methods, systems, and a graphical user interface for using call waiting and making video conferencing calls on a cell phone – and particularly one that carried an iPod style interface.

Because this is such a classic patent and one that credits Steve Jobs as one of the inventors, I think it's only right to review Apple's thinking as to why there was a need for a next generation smartphone at that time. For those who remember the famous 2007 Steve Jobs keynote introducing the iPhone in 2007, you'll notice how some the thinking found in the following Patent Background slipped into Jobs' keynote:

"As portable devices become more compact, and the amount of information to be processed and stored increases, it has become a significant challenge to design a user interface that allows users to easily interact with the device. This is unfortunate since the user interface is the gateway through which users receive not only content but also responses to user actions or behaviors, including user attempts to access a device's features or tools. Some portable communication devices (e.g., mobile phones) have resorted to adding more pushbuttons, increasing the density of push buttons, overloading the functions of pushbuttons, or using complex menu systems to allow a user to access, store and manipulate data. These conventional user interfaces often result in complicated key sequences and menu hierarchies that must be memorized by the user. In addition, as the number of pushbuttons has increased, the proximity of neighboring buttons often makes it difficult for users to activate a desired pushbutton. 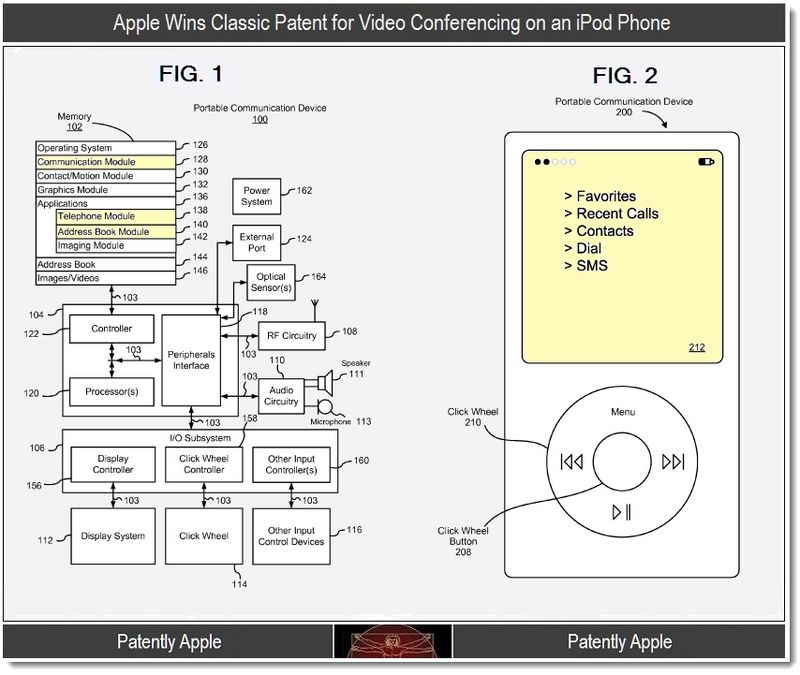 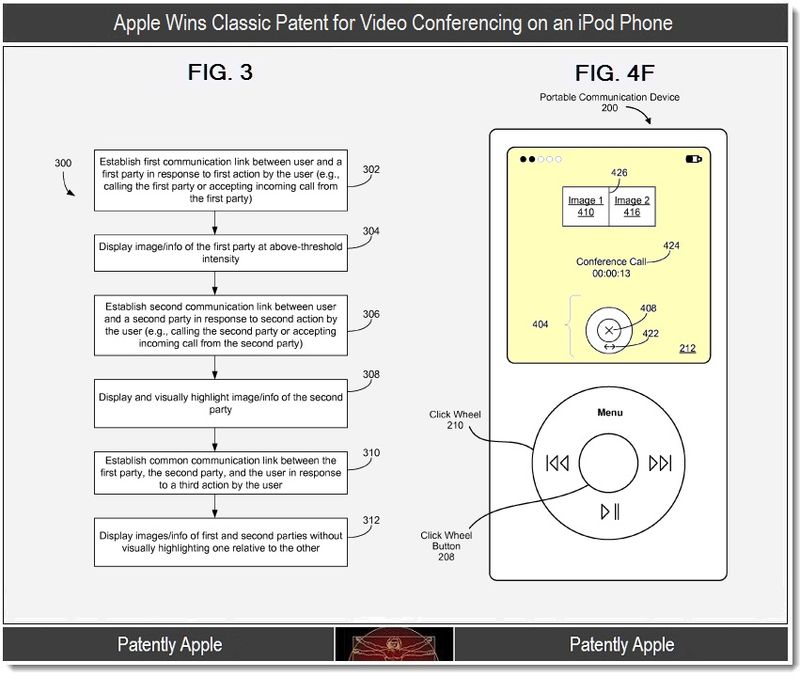 To review Apple's other thirty-four patent claims and invention detailing, see granted patent 8,090,087. Apple credits the late Steve Jobs, Greg Christie, Bas Ording, Imran Chaudhri and Scott Forstall as the inventors of this patent which was originally filed in Q4 2006.

Steve Jobs Introducing the iPhone in a Classic Keynote in 2007

The classic 2007 Steve Jobs keynote introducing the iPhone will never be forgotten by anyone who remembers seeing it live or online.

The interfaces for call waiting and conference calling that are currently available suffer the same shortcomings. Users are often at a loss as to the sequence of buttons to push in order to switch between calls or to make a conference call. Furthermore, the interface often does not convey intuitively the parties involved in the calls.

Whether Apple's newly granted patent will be used to ward off patent trolls or used offensively against competitors is unknown at this time.

Accordingly, there is a need for more efficient interfaces for call waiting and conference calling."