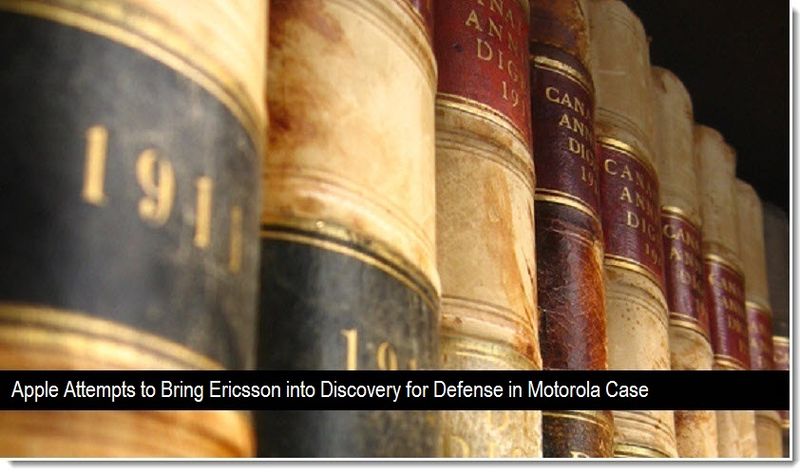 Last Friday, Apple's attorney Robert T. Haslam of Covington & Burling, filed what is known as a "Letters Rogatory." By definition, such an action is a formal written request made by one judicial body to another court in a different, independent jurisdiction that a witness who resides in that jurisdiction be examined through the use of interrogatories accompanying the request. In this case, Apple is seeking to bring Ericsson Inc. into discovery so as to strengthen their defense against the case brought by Motorola before the International Trade Commission and in Germany. The testimony from Ericsson could help to establish a defense of unfair competition.

The Heart of this Matter

The heart of this motion is presented in Apple's filing before the court which reads as follows: "Motorola Mobility Inc. and Motorola, Inc. (collectively "Motorola") have filed lawsuits against Apple in the United States and Germany. These lawsuits allege Apple's products infringe patents that Motorola has declared essential to practice various telecommunications standards. Under 28 U.S.C. § 1782, interested parties, such as Apple, may obtain discovery for use in foreign litigations from companies located within the United States.

In support of its defenses to the actions filed by Motorola against Apple in Germany, Apple seeks narrowly-tailored discovery from another wireless device manufacturer, Ericsson Inc. ("Ericsson"). Specifically, Apple seeks documents relating to whether Ericsson had or has a license or is or was otherwise authorized to practice some or all of the patents that have been asserted by Motorola against Apple."

Apple's court document goes on to state that "the discovery is sought for use in a "proceeding before a foreign tribunal. Specifically, Apple seeks the information for use in establishing at least the defense of license, unfair competition, and/or antitrust defenses in patent infringement actions brought by Motorola in three foreign tribunals: the Mannheim District Court, the Dusseldorf District Court, and the Higher District Court of Karlsruhe." 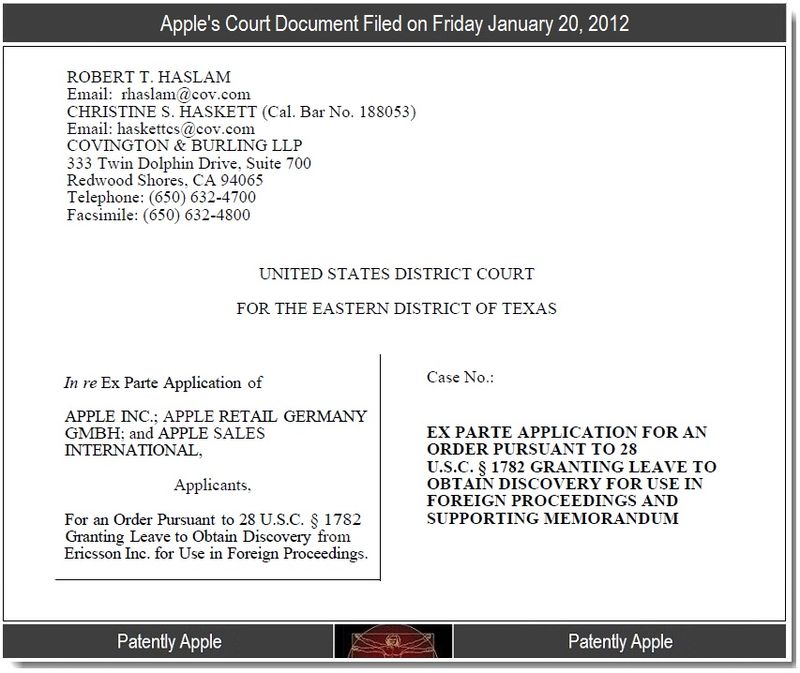