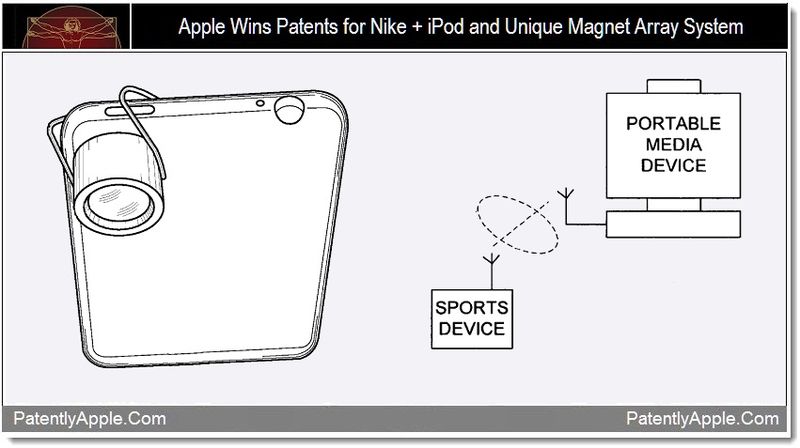 The US Patent and Trademark Office officially published a series of fifteen newly granted patents for Apple Inc. today. In our first patent report of the day, we focus mainly on Apple's unique magnet array system that could one day allow tiny yet powerful accessories to be added to both iOS devices and perhaps even the MacBook Air. Our report's secondary focus covers Apple's communication protocol that is used in their Nike + iPod system.

What products does Apple envision for this sophisticated magnetic accessory system? Well, according to their patent, they first see it as a camera accessory for iOS devices; specifically, an optical accessory such as a zoom lens or specialized camera filter. Beyond that, Apple envisions that magnetic based accessories could expand to include such things as a directional microphone and/or a speaker dock. Apple's patent FIG. 2 shown below is a schematic view of an optical accessory coupled to an iPhone. 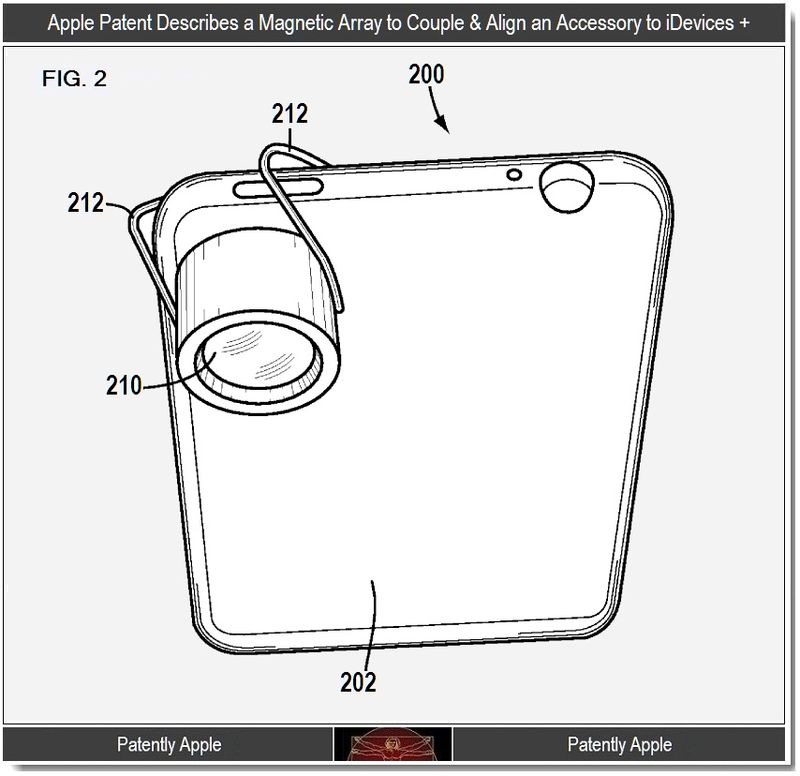 Apple states that the user will twist the accessory to both tighten and loosen the magnetic force between the device and accessory. While the patent states that fastening the accessory to the device could include one or more mechanical fasteners such as screws clips, a hook, fastener material or latches, we could be assured that Apple will chose something that will be aesthetically pleasing. If Apple redesigns the iPhone 5 to include a metal backing, for instance, Apple could theoretically create a fastening/aligning system akin to their current iPad Smart Cover. Once in place tightening the device would only take a few twists.

Interestingly, Apple states that the magnetic array could also apply to a laptop camera as well. Although it's a long shot, it could also be an interesting way to add a more robust speaker to the MacBook Air as noted above.

To review Apple's other nineteen patent claims and invention detailing, see granted patent 8,073,324. Apple credits Richard Tsai as the sole inventors of this patent which was originally filed in Q1 2009. For more details on this patent, you could also review our original report which was first posted in September 2010.

Apple has received a Granted Patent that relates to the Nike + iPod system. Apple's patent FIG. 1 below illustrates a block diagram of this sports monitoring system.

The sports device, noted as patent point 104 below, is a pedometer, a heart rate monitor, etc. The sports device includes one or more sensors that acquire sports related data.

The patent details a protocol that supports the portable media device in setting a transmit beacon data frame and a beacon transmission notifier identifier on the accessory device. The description of the protocol is quite extensive. 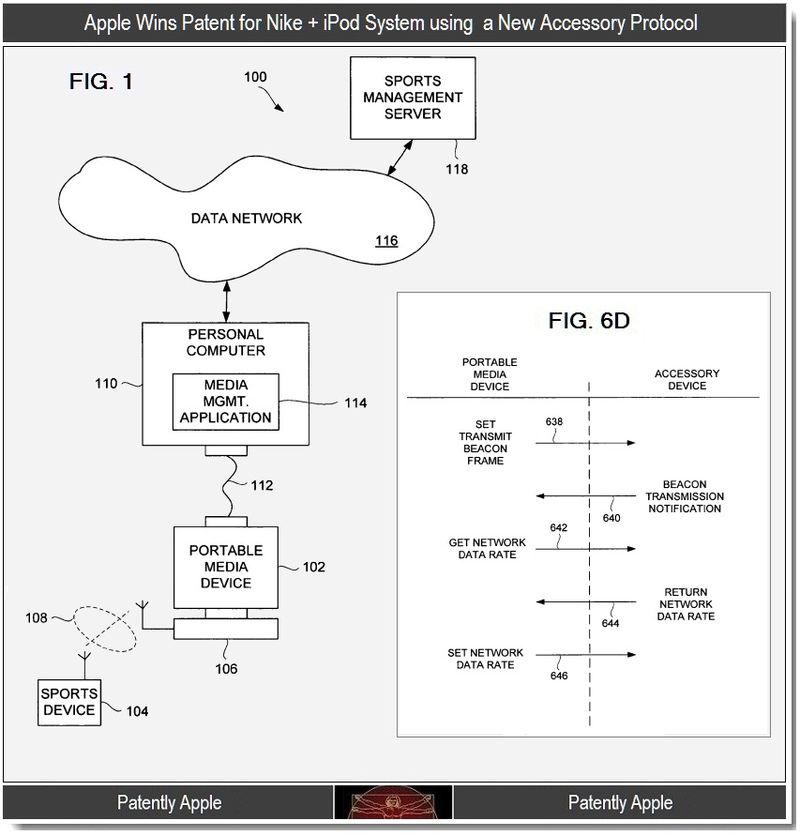 Apple's patent FIGS. 6D noted above illustrates one of four commands related to an accessory protocol.

8,072,471 - Processing cursor movements in a graphical user interface of a multimedia application