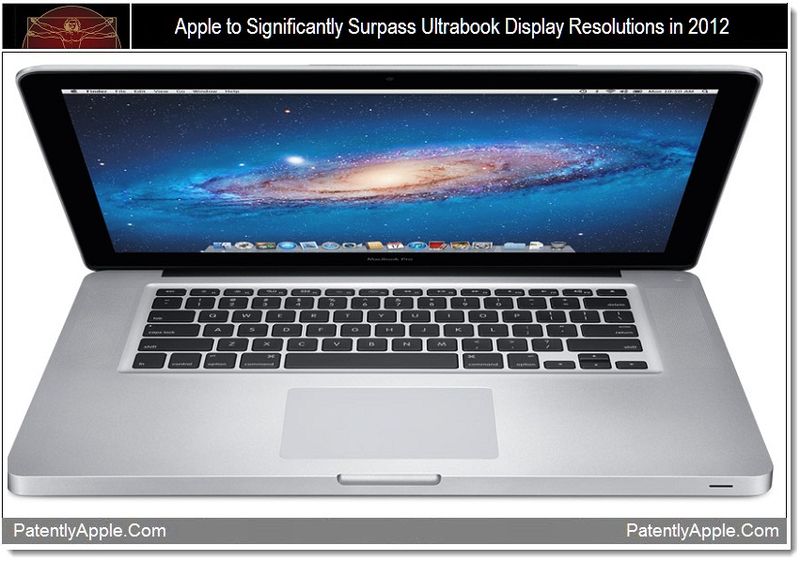 In June of this year, Intel provided their developers with a peak at their Ultrabook roadmap that was clearly aimed at taking on Apple's MacBook lineup, specifically the MacBook Air. Of course Apple is going to remain a moving target and this morning we see how they're moving on one such front. According to DigiTimes, Apple is likely to launch their MacBook Pro with a display resolution of 2880 by 1800 in the second quarter of 2012, setting a new round of competition for panel specifications in the notebook industry.

The report goes on to state that while the prevailing MacBook models have displays with resolutions ranging from 1680 by 1050 to 1280 by 800, the ultra-high resolution for the new MacBook Pro will further differentiate Apple's products from other brands, commented the sources. In comparison, Acer's Ultrabook display resolutions are reportedly aiming for 1920 by 1080.

In a new report that we posted just yesterday, we pointed to Apple having gained their sixth and seventh granted patent regarding next generation MacBook's with built-in multiple wireless bands supporting data and telephonic capabilities; the very same focus found on Intel's Ultrabook roadmap regarding "always on, always connected." While the notebook wars set for 2012-2014 are gearing up for a fight to the finish, it appears that Apple is likely to remain one step ahead of the pack as the news today confirms. 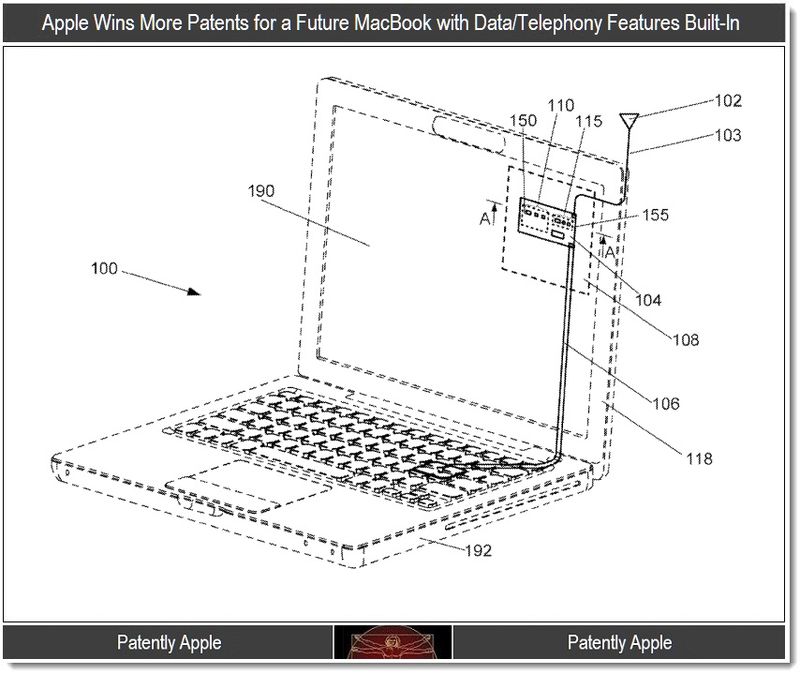