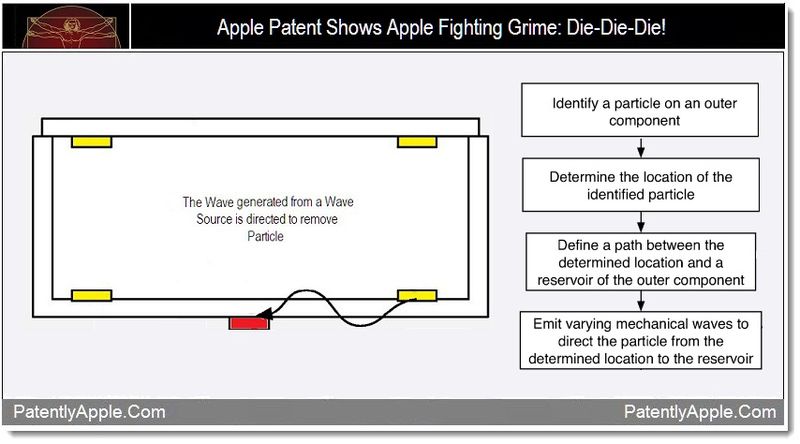 Yesterday, US Patent & Trademark Office published a patent application from Apple that reveals a rather inventive idea of fighting grime on your iOS Devices. We were the first to reveal Apple's initial patent on this subject in August that focused on using a vaporizing method involving a physical vapor deposition chamber. In Apple's latest method, they reveal an alternate method of fighting grime that uses mechanical wave mechanisms that could use audio or physical vibrations. The interesting fact is that Apple has expedited this patent application which was only filed seven months ago. Apple is apparently out to fight grime on all iOS devices in the future, and before you know it, they'll be called the Grime Busters! That's right: Who ya gonna call? Grime Busters!

An Overview: The Problem with Grime on Touch Screen Devices

The Grime Fighting Wave to the Rescue!

I say, why not have a little fun in describing the concept of the grime fighting mechanical wave, right? Sure. Below is Apple's patent FIG. 1. The yellow markers illustrate the placement of the mechanical wave mechanisms integrated into an iOS device. The nasty little dirt particle to be removed is noted below in evil red (die-die-die!). 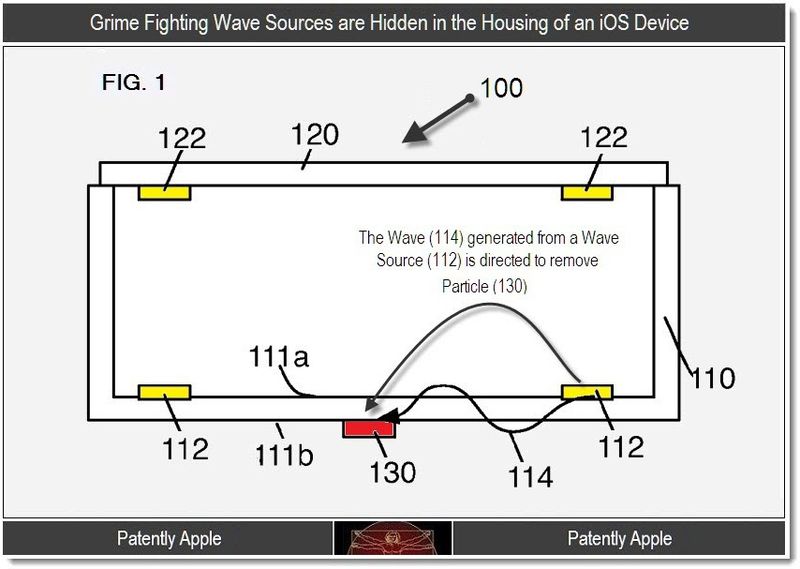 Apple states that these mechanical wave mechanisms could apply to any iOS device but also be extended to Apple's MacBook lineup.

In some cases, Apple states that several wave sources (112) or wave sources (122) could provide waves that propagate towards particle (130) and not just one as noted in the patent figure above. Apple also notes that the audio wave could be designed at a frequency that is outside of a user's hearing range so that the user does not hear an audible sound from the wave source (e.g., an ultrasound wave).

Apple points out that in some cases, the outer casing of a device could include one or more wicks or reservoirs for receiving and holding foreign particles. The mechanical waves generated by the wave sources could direct foreign particles towards the wicks and/or reservoirs, where the particles may collect and be removed. 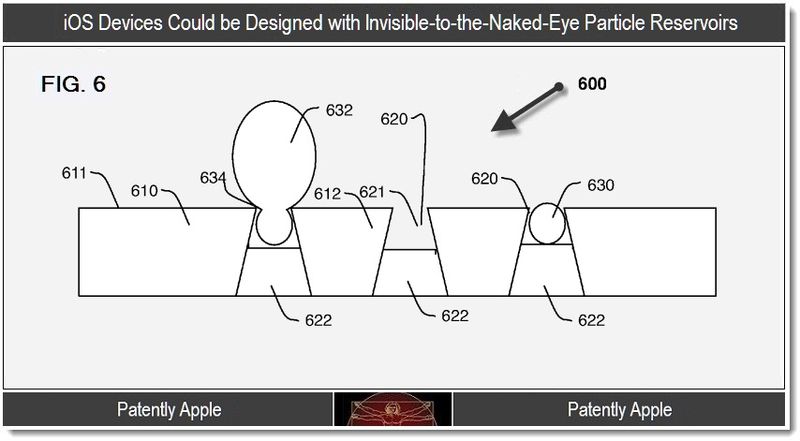 Apple's patent application was originally filed in Q2 2011, or seven months ago, by inventor Gordon Cameron.

The Use of Our Graphics: We'd ask those covering our report to limit the use of our graphics to a single graphic of your choosing. Thank you.

I took a look at the granted patent you spoke of and there's no mention of a handheld device or notebook. The invention covers stuff like a car windshield and airplane wings. Apple's patent is completely different. Patents relating to DSL cameras cover cleaning "dust" off an internal sensor. Again, it has no bearing on Apple's patent.

There are numerous patents that seem to encompass the technology covered under Apple's patent here. The camera sensor cleaner is one, and there another more general one -patent US7770453.

There's a section called "Self-Cleaning Sensor Unit" in the link below and it's restricted to Dust. There's no mention of removing grime. Huge difference Tom. Apple's approach is a little more sophisticated.

This patent seeems much closer to what's used for the sensor in a dSLR, that already use ultrasonic sounds, collection of debris etc to clear off grime off the sensor.