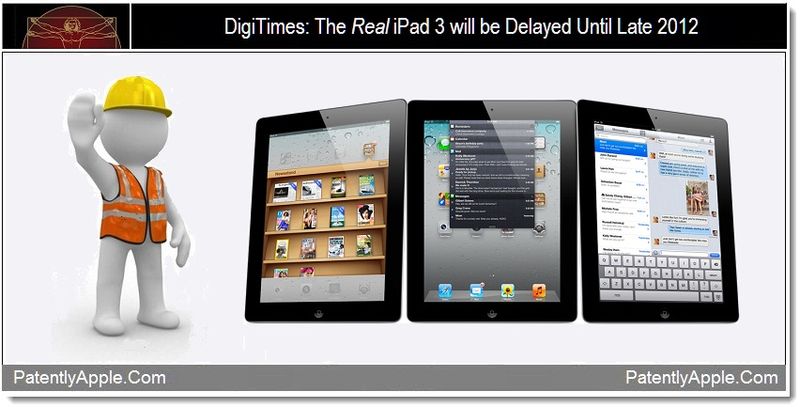 According to Taiwan's DigiTimes this morning, the real iPad 3 won't actually ship until Q3 2012. The rumor is that a revised iPad 2 will launch first in March 2012. The iPad 2 upgrade will supposedly introduce a thinner design along with much better battery life. In a separate report filed today, DigiTimes reports that Apple has big plans to completely overhaul their entire product lineup in 2012 including the iMac and MacBook Air. The latter of course will be under a little pressure in the second half of 2012 from competitors pushing Intel's new Ultrabook designs powered by Ivy Bridge that may introduce a swivel styled notebook-display doubling as a tablet.