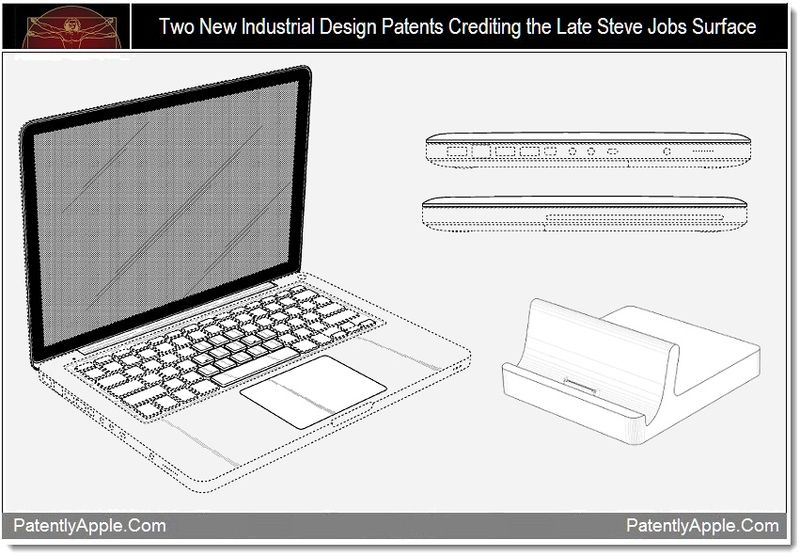 The US Patent and Trademark Office officially published a series of 17 newly granted patents for Apple Inc. today. Our first report of the day focuses on six industrial design wins for Apple, with two of them crediting the late Steve Jobs. If you've had the chance to read the Steve Jobs Biography by Walter Isaacson, then you know how insanely passionate Steve Jobs was about all-things-design – be it the original Mac, the finish on the NeXT cube, the verbiage in the Think Different Campaign or the layout of the Apple Store. Somehow that put a smile on my face this morning. Maybe it will for you too.

According to the US Patent and Trademark Office, Apple has been granted six design patents this morning. Most noteworthy are two industrial design wins for the MacBook Pro that includes credits to the late Steve Jobs. 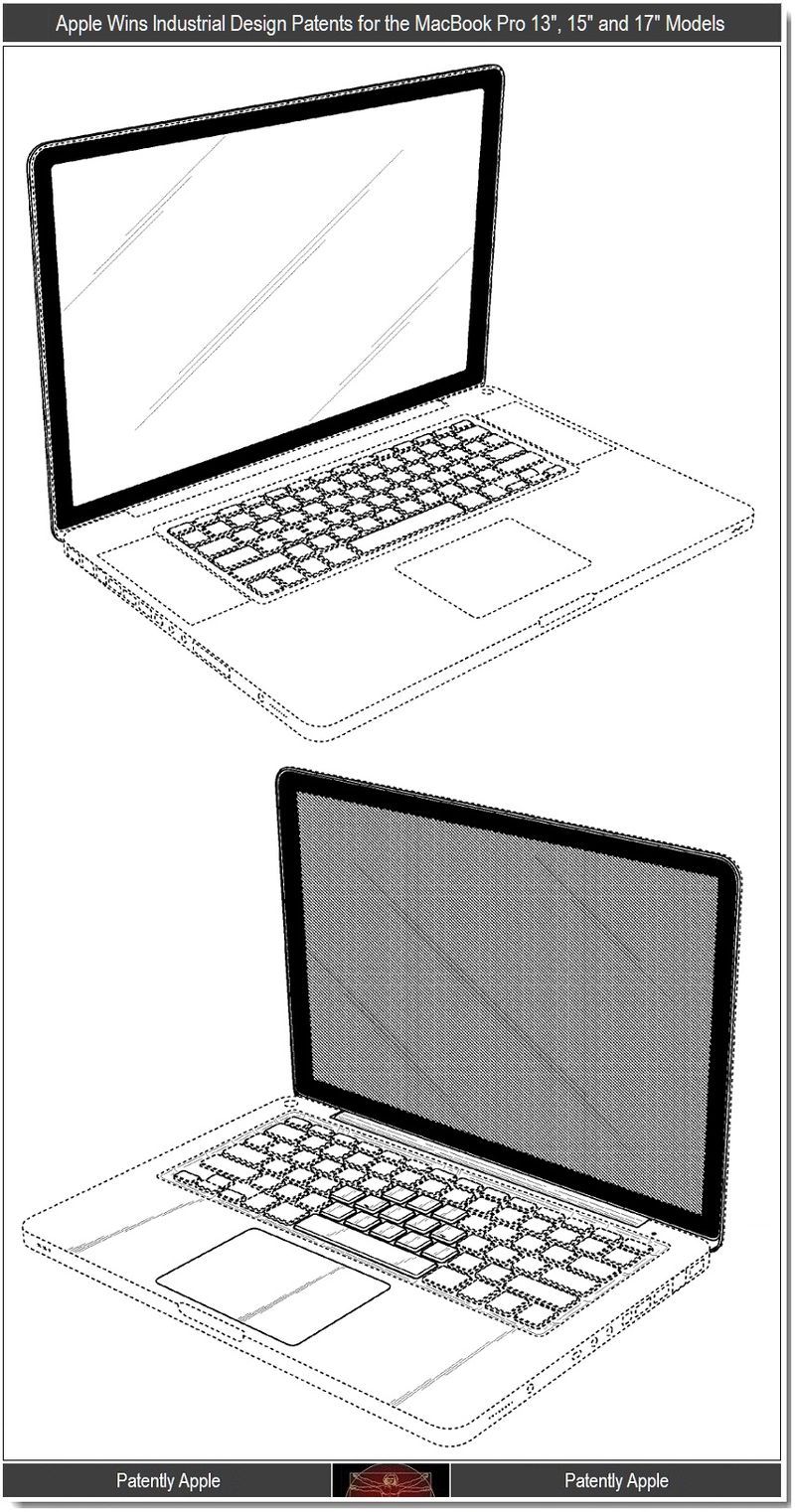 The others within this group of design patent wins include the "voice memo" icon and Cover Flow feature used on iOS devices shown below, along with the icon for Photos (not shown) and the iPad docking station (shown in our cover graphic). 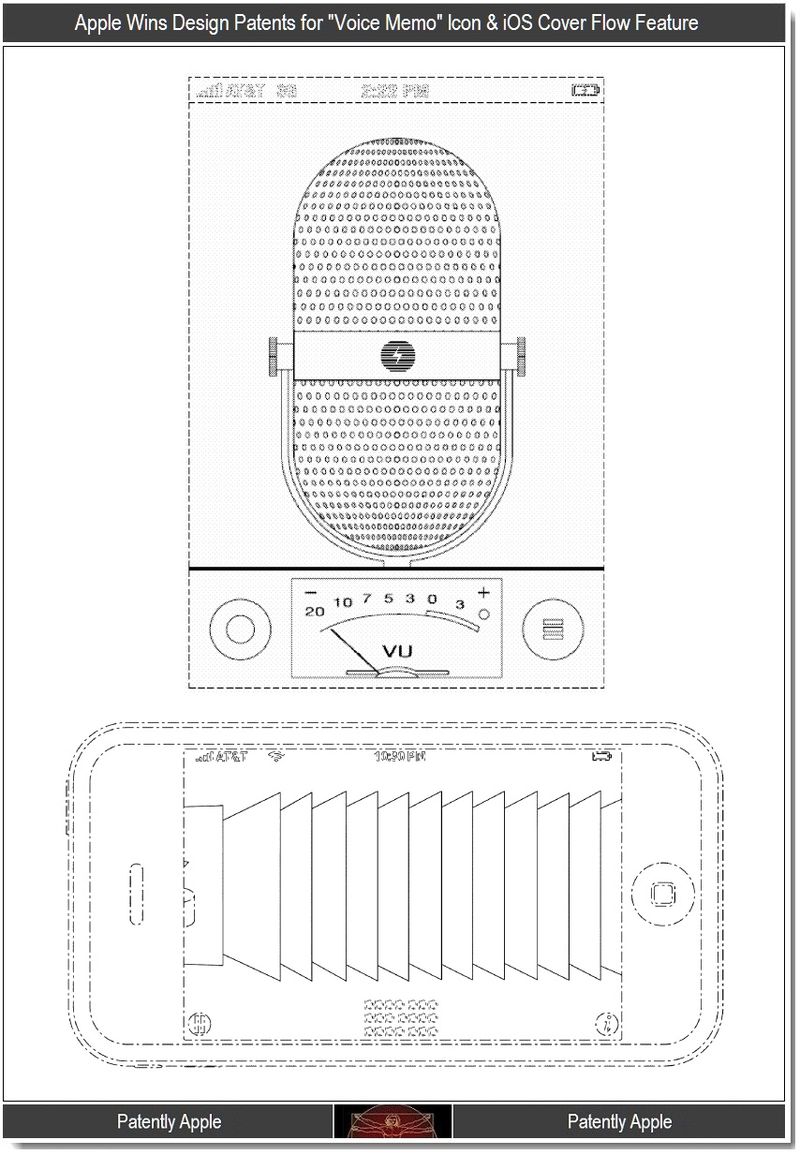 Apple credits Freddy Anzures for the Voice Memo Icon and Imran Chaudhri for the Cover Flow design noted above.

His eye for detail extended at NeXT Headquarters and will soon see it's greatest vision with the flagship campus.

It was such a pleasure and pure joy to work at both NeXT walking into those buildings and everything detail was so much cleaner, more refined and classy, yet stylish with a minimalist brush and Italian flair right down to the Italian leather couches he later took to PIXAR.

Yes folks. If your place of employment has those touches, you work for a group of people with vision beyond the bottom line. You work with people who Think Different and Expect Different.