Home Archives Contact Us Subscribe Twitter MeWe Facebook Patently Mobile
Apple Foes Headed by Google Strategize a Blitz Ahead of the iPad 3 Launch
What's next for the iPod Shuffle/Nano? A Speaker Clip of Course

ITC to Investigate VIA Technologies Patent Complaint against Apple 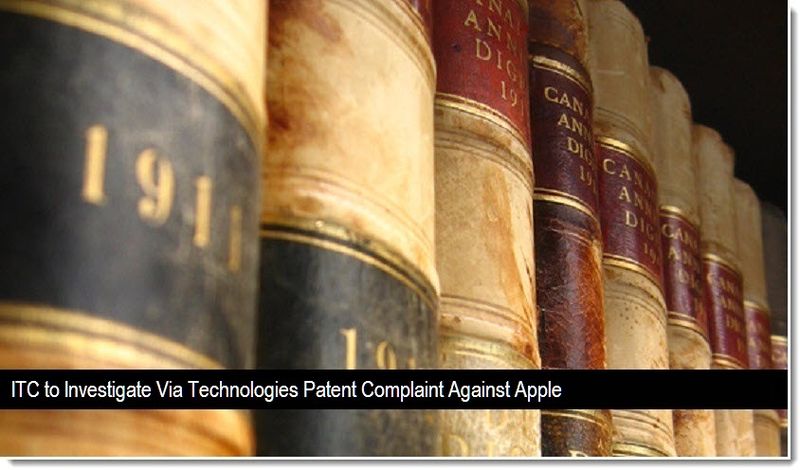 The U.S. International Trade Commission (ITC) said Tuesday that it has voted to launch an investigation into a complaint filed by Taiwan-based chip manufacturer VIA Technologies Inc. for patent infringement against Apple Inc. Updated

VIA Technologies, Affiliate of HTC Corp

Via Technologies Inc., is an affiliate of smarphone maker HTC Corp., which is embroiled in an intense fight with Apple, with each side accusing the other of patent infringement.

On Tuesday The ITC said the complaint covers three patents related to the functionality of microprocessors used in mobile phones and tablet computers. According to the complaint, which was filed in September, VIA has asked the ITC to issue orders to ban importation and sale of Apple's certain products in the U.S. market.

The ITC has stated that although it has agreed to institute the probe, it has not made any decision on the merits of the case.

Within 45 days of the launch of the investigation, the commission will set a target date for completing the probe.

Sidenote 1: Reuters is reporting this morning that Google will support Android OEM's against Apple Legal. Schmidt told reporters "We tell our partners, including the ones here in Taiwan, we will support them. For example we have been supporting HTC in its dispute with Apple because we think that the Apple thing is not correct."

Also see our report titled "Apple Foes Headed by Google Strategize a Blitz Ahead of the iPad 3 Launch," that we posted late yesterday.

Sidenote 2: Commercial Times in China is reporting that "Apple is likely to adjust downward its shipments of iPhones and iPads from related suppliers by 10-15% in the fourth quarter."