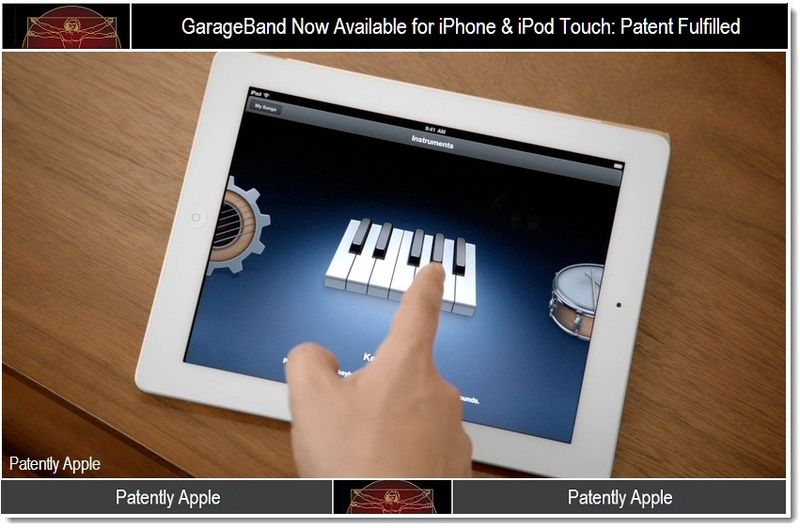 Apple today announced that GarageBand, its breakthrough music creation app, is now available for iPhone and iPod touch users. Introduced earlier this year on iPad, GarageBand uses Apple's revolutionary Multi-Touch interface to make it easy for anyone to create and record their own songs, even if they've never played an instrument before. Apple's news fulfills their patent application which we covered in March 2011. Apple's patent was originally filed in Q3 2009. The patent was well ahead of the launch proving once again that patents can present trends well ahead of the curve.