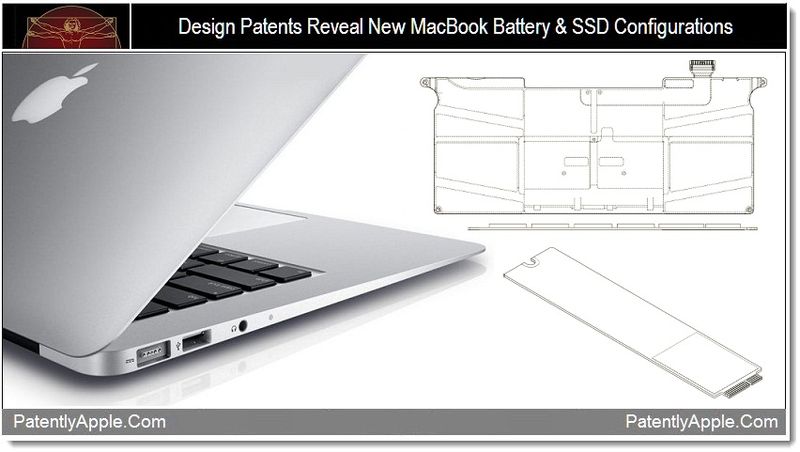 China's Hong Kong IP Office has officially published a series of newly registered design patents for Apple relating to battery and Solid State Drive configurations. Evidently longer battery life is on the way. The second IP news flash of the morning is that an iPod Classic graphic that Apple wanted to trademark has been refused and it's because Apple dropped the ball. The question becomes, did they do that purposely? Will the iPod Classic die in 2012 or will it be reinvented?

Two newly registered design patents surfaced in China's Hong Kong IP Office database this past weekend under numbers 1100639.8M001 and 8M002. In the first round of design patents we see a new battery configuration that's for an "electronic device." The illustrated battery configuration below is different from both the MacBook Pro (Step 24 of iFixit) and the MacBook air (Step 5 of iFixit).

The new battery design clearly illustrates six enclosed battery components in contrast to the current four found in today's Macbooks. If anything, it would strongly suggest that a lot more battery life is coming to future MacBooks. On paper it should translate to 33% more uptime.

As is the case with "design patents" in both the US and China, the detailing of said patents are extremely limited to that of the actual set of illustrations and a scant descriptor. In this case we are generously provided with the descriptor of "electronic device" – that truly confirms nothing. 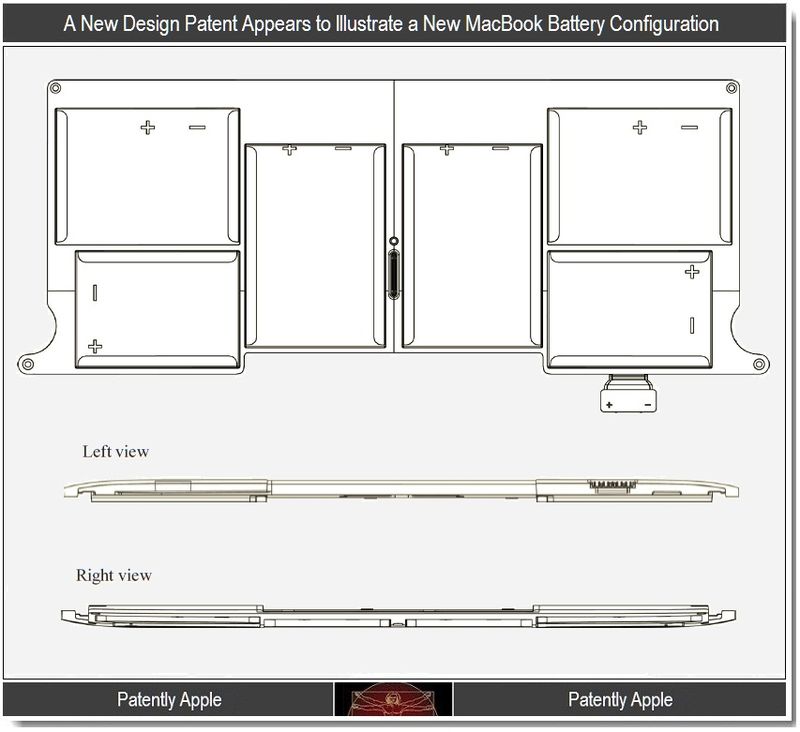 We're assuming that the new battery configuration is indeed for a next generation MacBook Pro or larger MacBook Air as they resemble the components illustrated in the iFixit breakdowns that we pointed to earlier in this report. Though who knows with Apple; it could very be for a new kind of portable desktop. Time will tell.

Update: I received an email from my friend Seth Weintraub over at 9to5 Mac who forwarded me a link to an iFixit photo of Apple's 11" MacBook Air that uses the battery configuration as noted above. The database in China unfortunately, can't confirm if the battery is for such a sized unit. Let's hope that there's a new battery being developed for the larger MacBook Air and MacBooks, because the current MacBook Air 11" battery didn't get a good review over at Laptop Mag. We'll know in time. 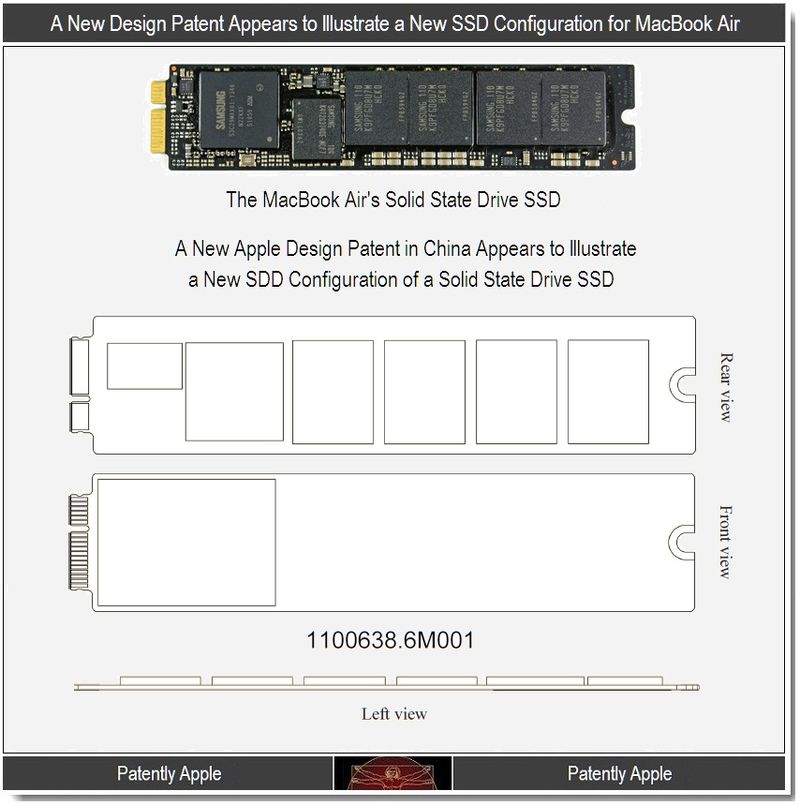 Is the iPod Classic on its Last Legs?

When searching the Canadian IP Office this morning,  I came across a document showing that the Canadian Examiner gave Apple one chance to comply with a request for more information and that a second request was denied after the deadline of October 28, 2011 was missed.

The refusal of the iPod Classic Graphic Trademark was issued on November 2, 2011 and will be official on January 2, 2012. So the question becomes: could this be signalling the death of the iPod Classic in 2012 – or could it mean that we'll be seeing a new iPod Classic design emerge that would replace the aging graphic seen below? Time will tell which will be correct. 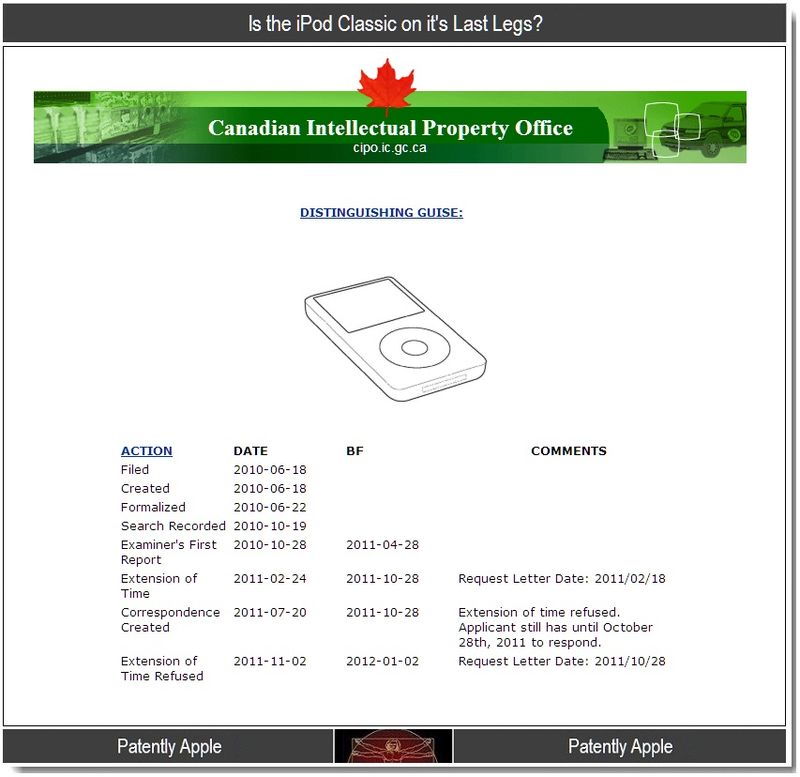 Notice: Patently Apple presents a basic summary of new design patent filings or grants with their associated graphics for journalistic news purposes as each is revealed by the U.S. and/or other foreign Patent & Trademark Offices. Readers are cautioned to read the full text of any new grant or registered design from its original source for full details. About Comments: Patently Apple reserves the right to post, dismiss or edit comments.