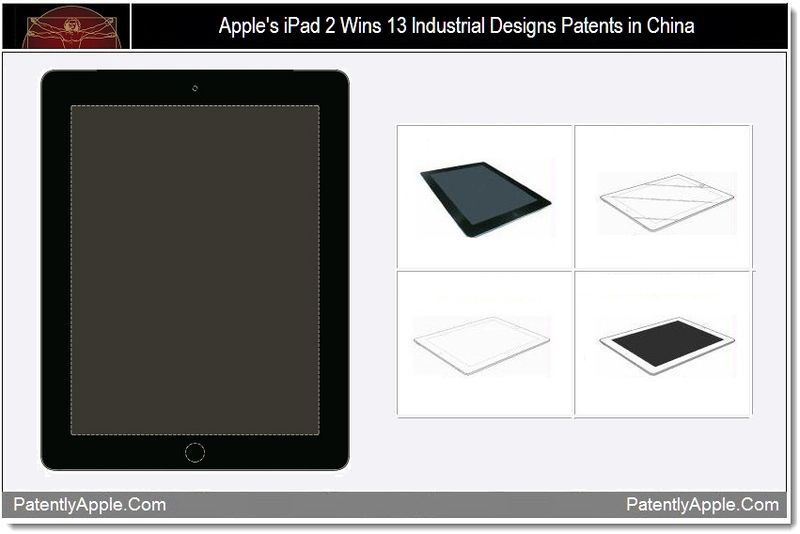 Late yesterday, China's Hong Kong IP Department granted Apple thirteen new design patents relating to the iPad 2. The designs cover Apple's Black, White and 3G iPad 2 models in a series of both photographic and illustrative design styles. Apple has dramatically revved up their legal machinery in China this past year as the stream of granted design patents have dramatically risen. Just in September alone Apple was granted 40 design wins for iOS graphic elements, the MacBook Air and even their Shanghai Apple Store architecture. With Apple having accused Samsung of "slavishly- copying" its market-leading iPhone and iPad, every industrial design patent victory for iOS devices is another arrow in Apple's legal quiver. 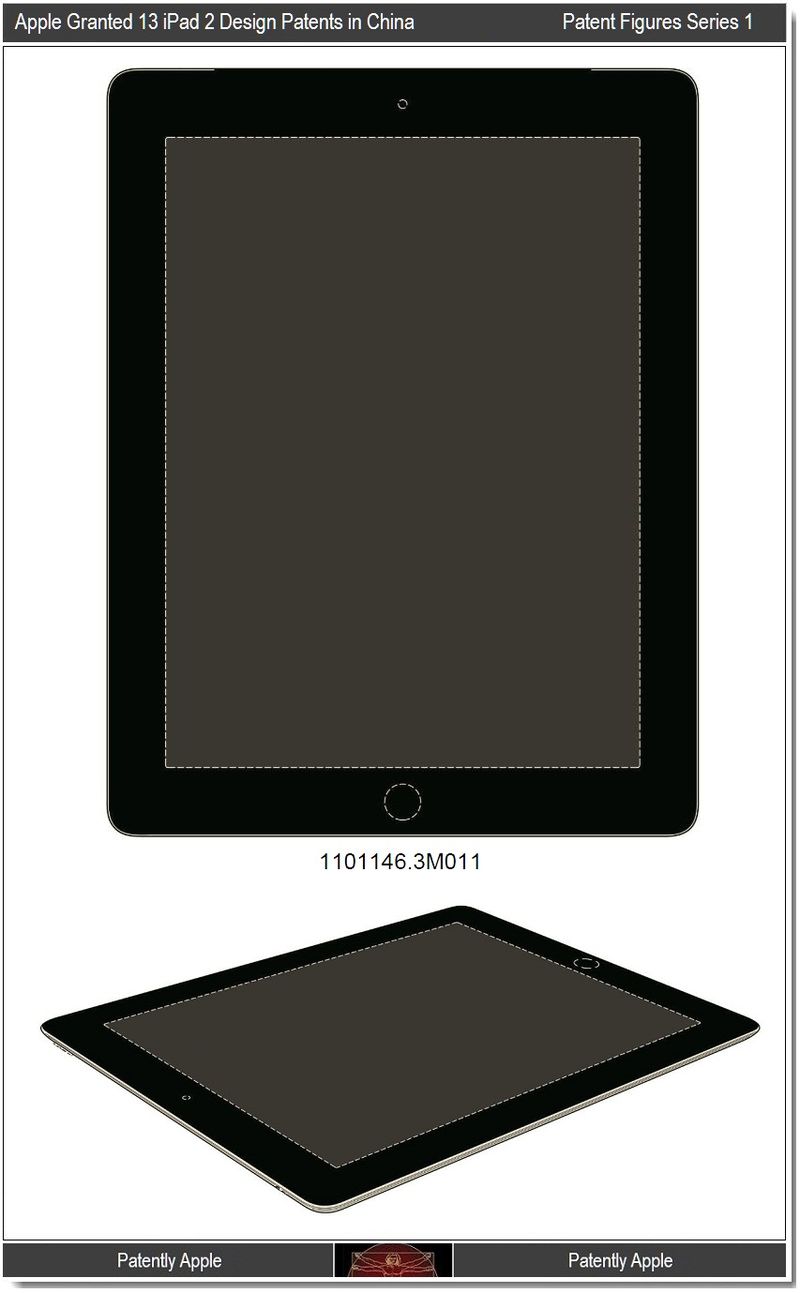 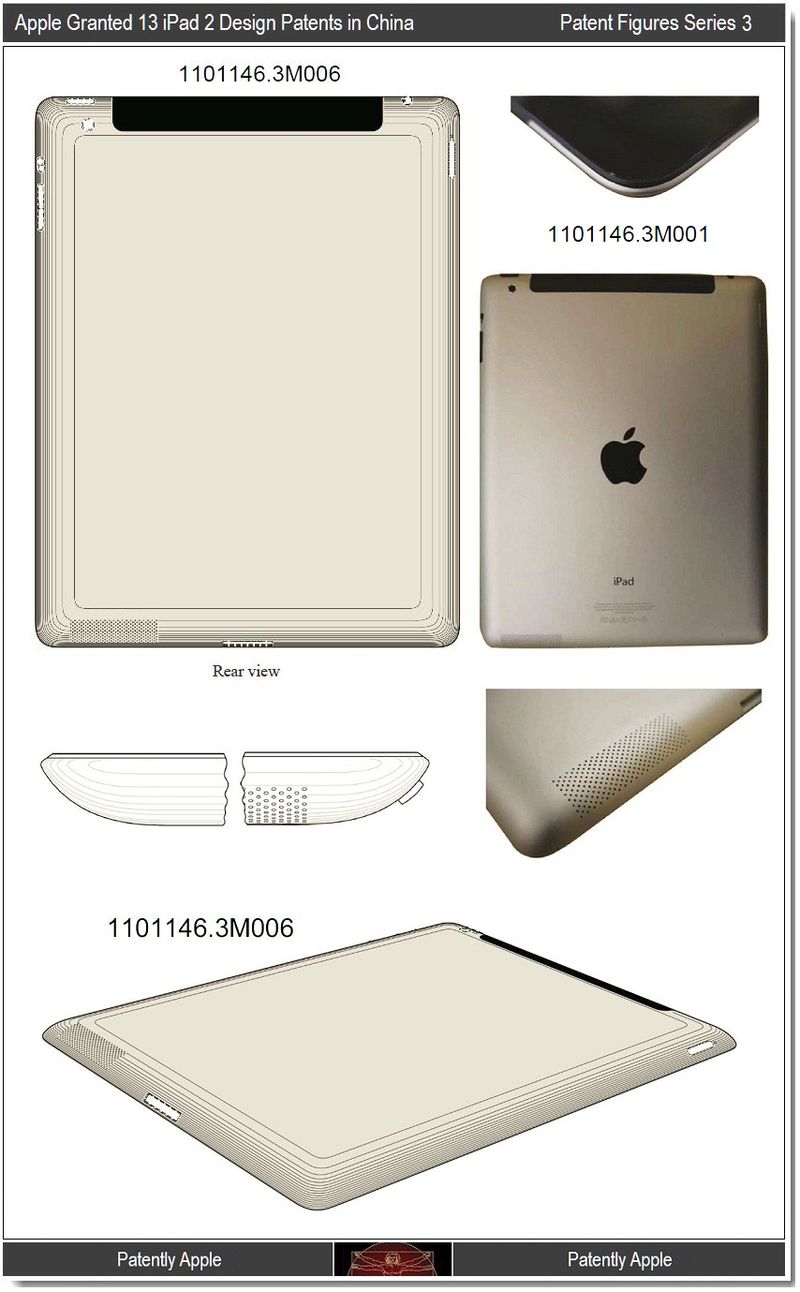 Apple's push to register their industrial product designs in China has been so strong this year that it warrants a new Patently Apple Trend Watch Archive. We could have that up as early as later today. Update: Here's the new Design Patents: China Archive

Patently Apple's Twitter site hit the 3000 Twitter Fan Base mark yesterday night and we just wanted to say thanks to all who joined.

Good news. This will force knock-offs to watch their backs.