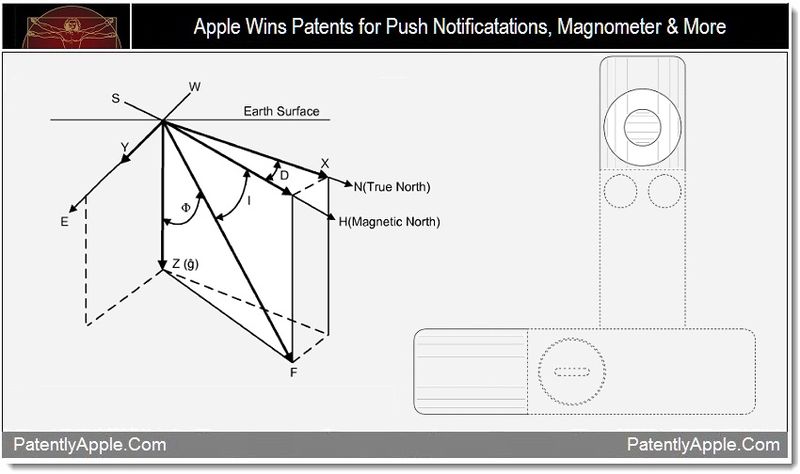 The US Patent and Trademark Office officially published a series of nineteen newly granted patents for Apple Inc. today. The most interesting one within this group was by far the one relating to 3D Object Recognition Technology that we posted earlier this morning. Yet there were a number of other practical patents published today that were worth noting. The first one pertains to Apple's push notification system. The second patent relates to the magnometer found in some iOS devices that works tightly in conjunction with their "Maps and Compass" app. A third patent relating to iOS touches on "text input using speech data and non-speech data." And finally, a forth patent relates to the timer mechanism in iOS devices designed to automatically shut down the display when not in use so as to conserve energy. All in all Apple Legal gained an important basket of granted patents today.

Apple has received a Granted Patent that relates to their Maps and Compass App which comes with every iPhone. Our coverage of a related geo-location patent application titled "Apple is Constantly Improving the iPhone's Geo-Location Technology," will present you with more information and graphics on this matter. 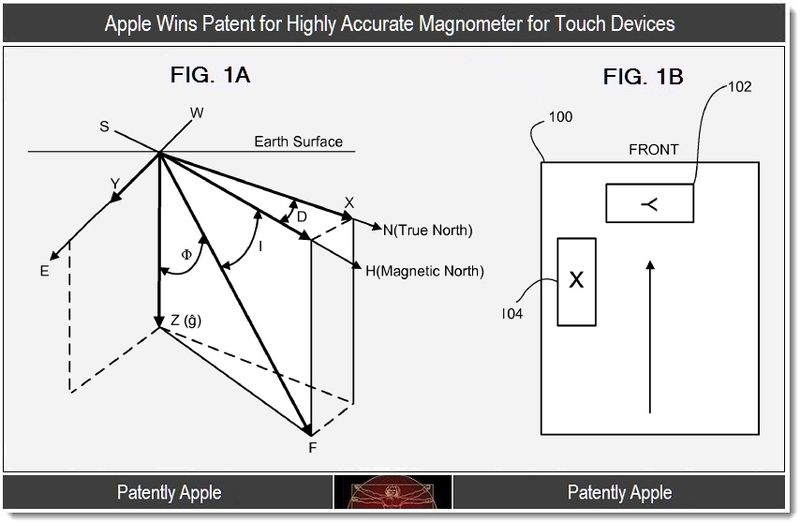 Apple's patent FIG. 1 shown above illustrates an exemplary Cartesian coordinate system for describing the Earth's geomagnetic field in accordance with some implementations; FIG. 1B illustrates an exemplary 2-axis magnetometer though they could also be 3-axis. In some implementations, 2-axis magnetometer sensor configuration 100 could be used to calculate a heading for a variety of applications, including applications running on a mobile device.

To review Apple's other ten patent claims and invention detailing, see granted patent 8,061,049. Apple credits Robert Mayor, Patrick Piemonte, Ronald Huang and Parin Patel as the inventors of this patent which was originally filed in Q1 2011 from a continuous patent dating back to 2009.

Apple Wins a Patent for their Push Notification Service

Apple's MobileMe debuted in 2008 and today's newly granted patent for push notifications dates back to June 2009. Considering that the patent's background lists MobileMe by name is telling. Apple would never forecast a product in a patent by its new marketing brand prior to launch. That would just never, ever happen. So this indicates that this granted patent is covering the next generation of push notifications for iOS devices and beyond. Whether this directly relates to iCloud is unknown at this time. 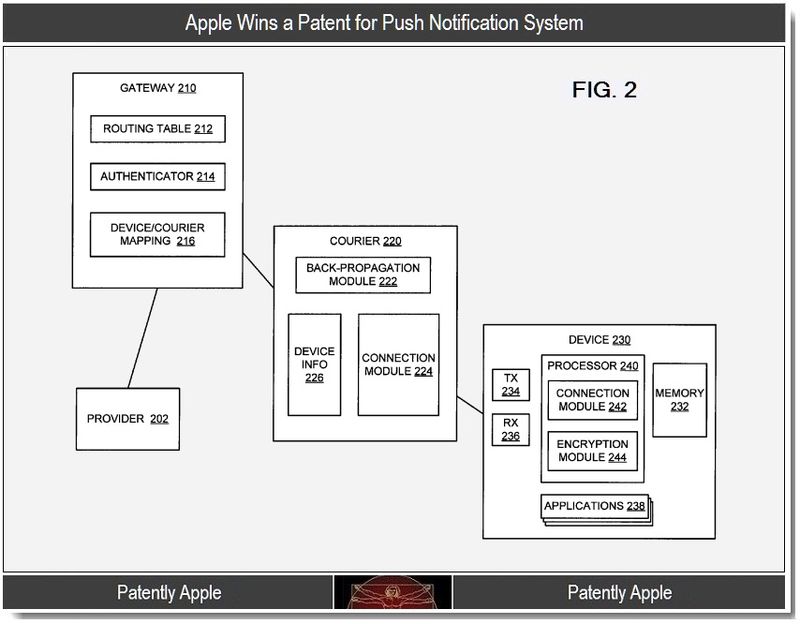 Apple's granted patent technically covers a system for routing notification messages which includes a plurality of gateways, or gateway devices. Each gateway device is associated with a zone, and each gateway maintains presence information for mobile devices associated with that zone. This system also includes a plurality of courier devices, which back-propagate presence information for the mobile devices to respective gateways based at least on a zone associated with each mobile device. The gateways and couriers are dynamically configured such that notification messages could be pushed from a provider application to a mobile device via any gateway and any courier. In other words, the provider could connect to any of the gateways and the device could connect to any of the couriers and the system could appropriately forward the message from the provider to the mobile device on a path through at least one gateway and a courier.

The US Patent and Trademark Office have officially granted Apple three new design patents today which cover Apple's sleek aluminum Remote along with "Mail" and "Notes" icons for iOS devices (not shown). 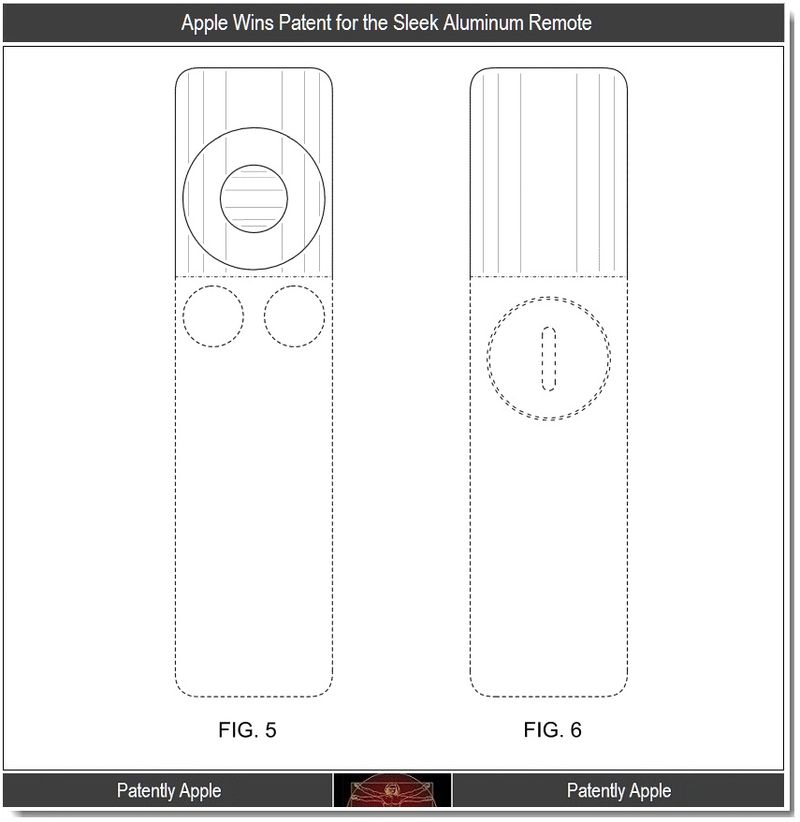 Apple's iOS Devices with Auto-Dim Timers: Apple's patent generally relates to portable electronic devices with a touch-sensitive display whereby the time period after which the display is dimmed due to user inactivity is extended based on user interaction with the device subsequent to a dimming event.

Communications System that Provides User-Selectable Data when User is On-Hold: Apple's patent covers telecommunications systems will play music or other prerecorded audio while a user is on hold.

The last granted patent on the rapid fire list note above is interesting as I can't figure out what device  this feature could be for. If you have any ideas send me a note. Cheers.