The US Patent and Trademark Office officially published seventeen new granted patents for Apple Inc. today. In our final patent report of the day, we cover Apple's port hatch, which debuted with the original MacBook Air, Apple's wireless keyboard, five design patents and a list of other patents in our final round-up.

Apple has received a Granted Patent for the original MacBook Air's Port Hatch which includes a Faraday cage associated with a flex cable. The design first appeared in late 2008. Apple has since redesigned the MacBook Air's connectivity options (see the bottom of the linked page for details). The US Patent and Trademark Office officially granted Apple five design patents today which cover their wireless keyboard, Magic Mouse and iPhone retail packaging, the icon for Maps + Compass and the iOS GUI for Notes. 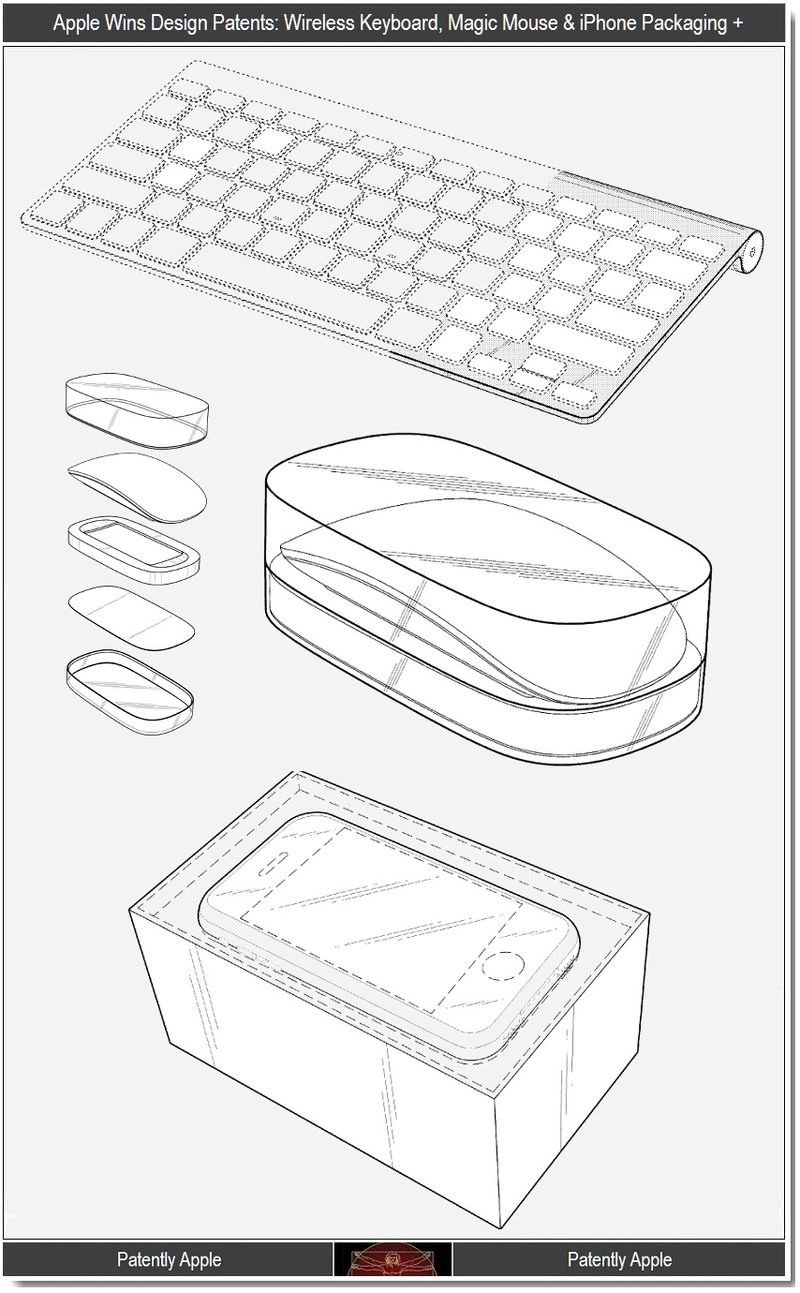 8,069,307 Accessing metadata with an external host

8,069,279 Data flow control within and between DMA channels

8,068,692 Methods and apparatuses for pixel transformations

I recall it. I just wanted to add my two cents opposing it's usage in the future.

@ Mark. This was already used by Apple in their 2008 MacBook Air as shown in Apple's graphic (blue)

Apple has since advanced the MacBook Air and dropped this feature. It was cool for it's day and they may use in the future for something else.

Not a big fan of the retractable hatch for the micro-DVI/audio/usb.

The less movable parts the better resulting in stronger connections.

However, I doubt fig 4. would be the final structural design. It's missing tension pins where a groove would allow the slot to open up and lock into place.