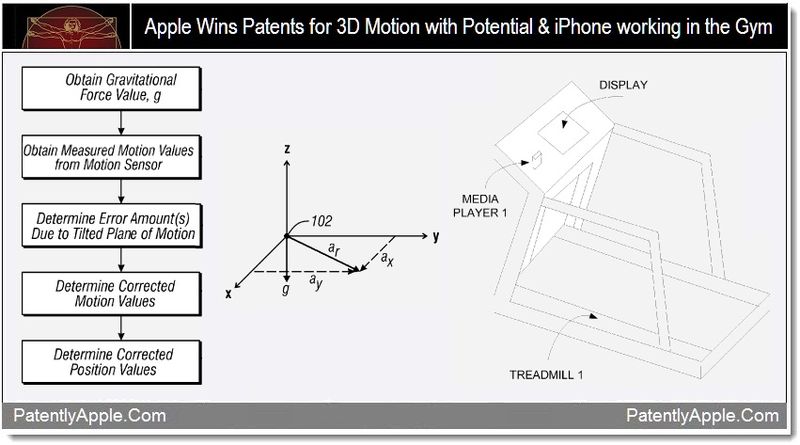 The US Patent and Trademark Office officially published a series of 14 newly granted patents for Apple Inc. today. In our fourth granted patent report of the day we take a look at a patent that may one day provide 3D Motion to Apple's Mighty Mouse, to their Apple TV Remote, the iPhone and perhaps even a gamepad. The second granted patent that we review today touches on the iPhone's capability of interfacing with high tech gym equipment to monitor your vitals at a higher degree.

Apple Wins a Patent that Could Provide the Magic Mouse, a TV Remote or Gamepad with 3D Capabilities

Technically, Apple has been granted a patent for Motion Plane Correction for MEMs-Based Input Devices – which utilizes a form of nanotechnology.

Apple's patent relates to technology for monitoring motion of electronic input devices, and more particularly to technology for motion plane correction of motion-based input devices. Apple's patent relates to adding a third dimension capability to a possible future version of Apple's Magic Mouse. Yet, the invention could equally be used in context with a remote or game pad. According to Apple's granted patent, the device could relate to without limitation – video game consoles, set-top boxes, televisions, personal computers (whether desktop, laptop, or otherwise), digital video recorders, communications equipment, terminals, mobile devices such as iPhones, and display devices.

However, many existing methods for tracking two-dimensional motion with accelerometer-based devices do not adequately take into account variations in three-dimensional orientation. For example, an orientation change of only about 0.5 degrees from the horizontal plane can contribute up to 10 mG acceleration in a plane of motion, which can be significant with respect to human initiated motion. Therefore, there is a need for systems and methods that account for a tilt in a plane of motion so as to provide a result that is more indicative of a user's intended motion of the input device. 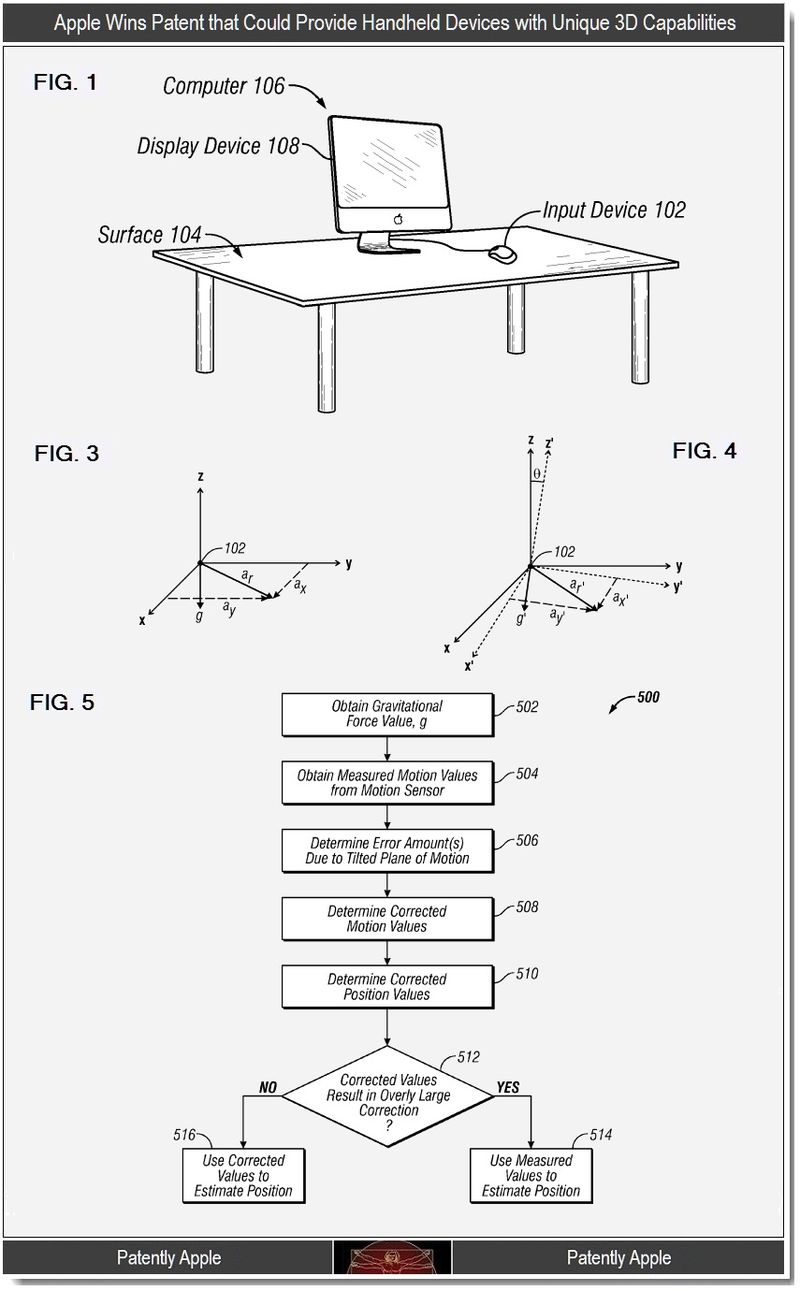 To review Apple's other 11 patent claims and invention detailing, see granted patent 8,050,886. Apple credits Farshid Moussavi as the sole inventor of this patent which was originally filed in Q3 2008.

Apple has received a Granted Patent that relates to how any of their media players could be connected to various kinds of cardio equipment to record data such as calories burned, elapsed time, distance, speed, heart rate, blood pressure, blood oxygen levels, incline, resistance, effort, and other types of information. The sports media system could wirelessly upload your workout data to your home computer and also uniquely allow you to compete with a colleague in the gym or in your city, somewhere else in the country or even on another continent. To provide you with an overview of this technology, see our September 2009 patent application report which covered all of the main particulars. 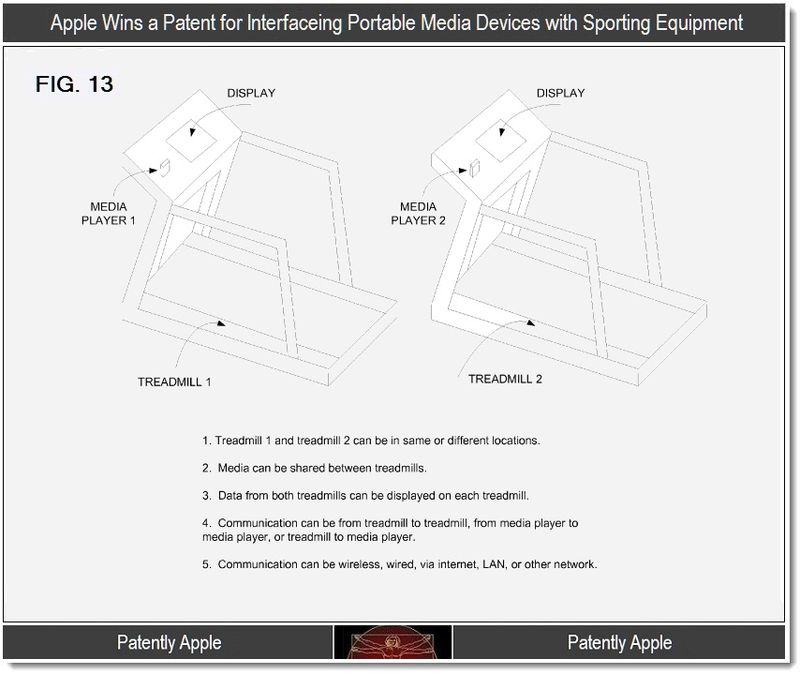