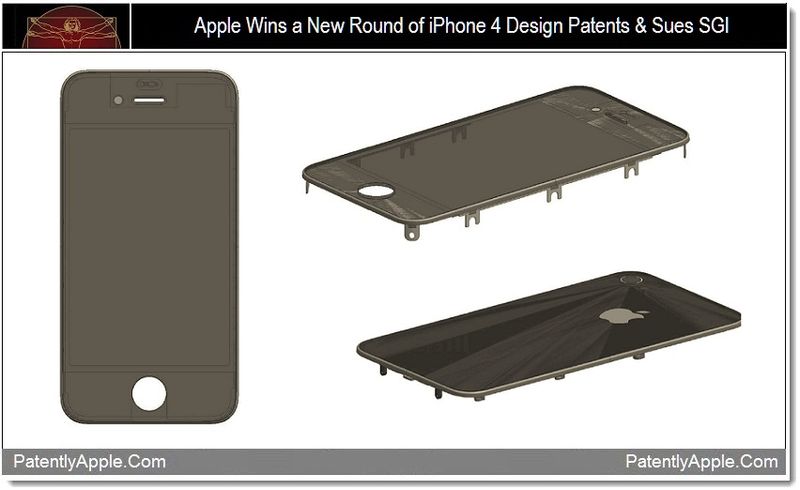 On November 10, 2010, Graphics Properties Holdings, Inc, formerly known as Silicon Graphics, Inc, sued Apple for allegedly infringing on their patent regarding floating point rasterization. Well, it appears that Apple has decided to counter sue and is now preparing for a showdown. The California courts revealed late last week that Apple had filed two patent infringement cases against Graphics Properties Holdings – though the courts have yet to open the electronic versions of the complaints. While it may be due in-part to the Thanksgiving Holiday schedule, the fact remains that we're still in the dark as to the details of these filings. In other IP News today, Apple has won another round of iPhone 4 Design Patents in China. This report has been updated twice: our last update was made on December 13, 2011.

Apple Wins a New Round of iPhone 4 Design Patents

Update: The design illustrations almost appear to be suggesting that this could be a new slimmer future design. The entire iPhone from both the side and top views appear to only show the metal rim. If you take our cover graphics into consideration and fit them with the parts below, you're given the impression that the design could end up being a slimmer design. Under closer examination, the cover graphic may also be suggesting that there's a slight raised rim on the face of the iPhone cover. Is this to better protect the face glass of the iPhone? That would be in line with Apple's research into new means of protecting the iPhone's glass.

Whether these are just patent graphic illusions or hints of what's to come is unknown at this time. Design patents never provide confirming information about the design's detailing. It's really a "What you see is what you get" document. For now, it's certainly interesting - but only time will tell if these fine details actually pan out. What's certain, is that Apple has been granted a design patent in China for an iPhone design. 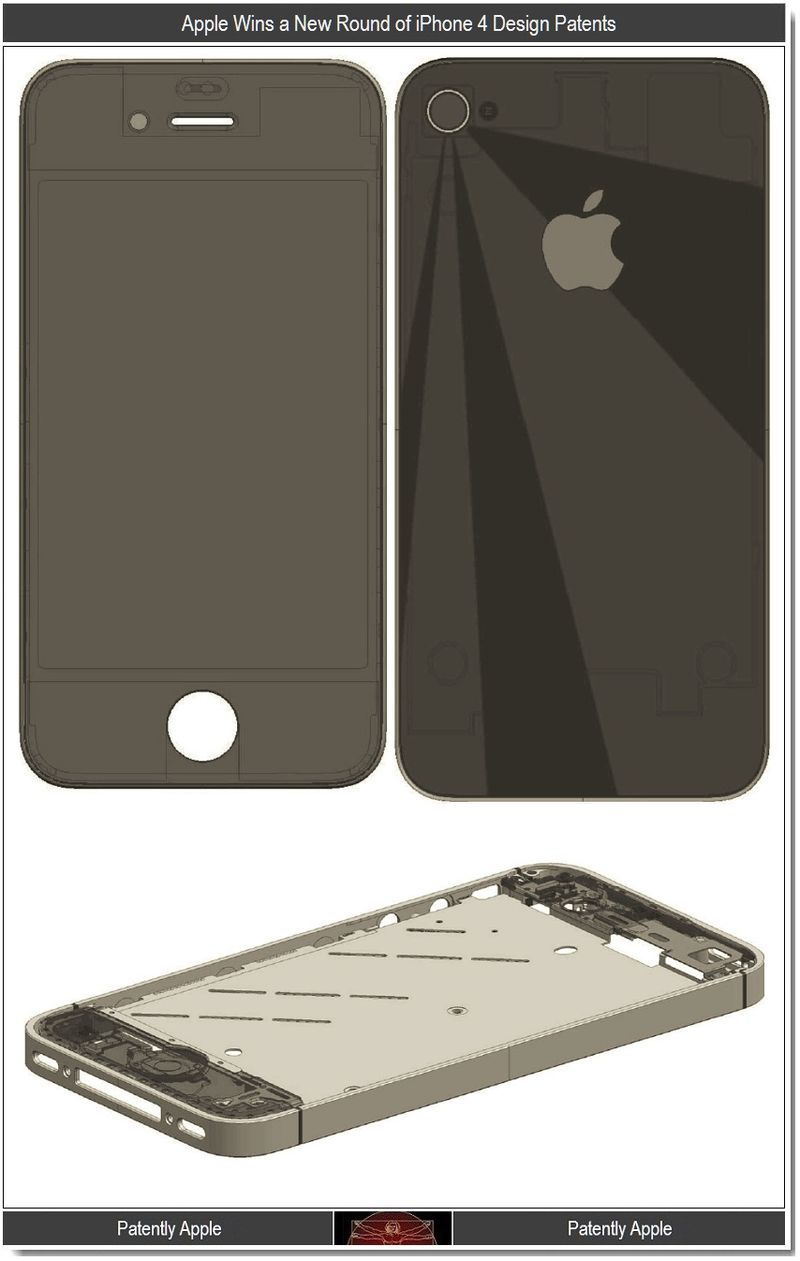 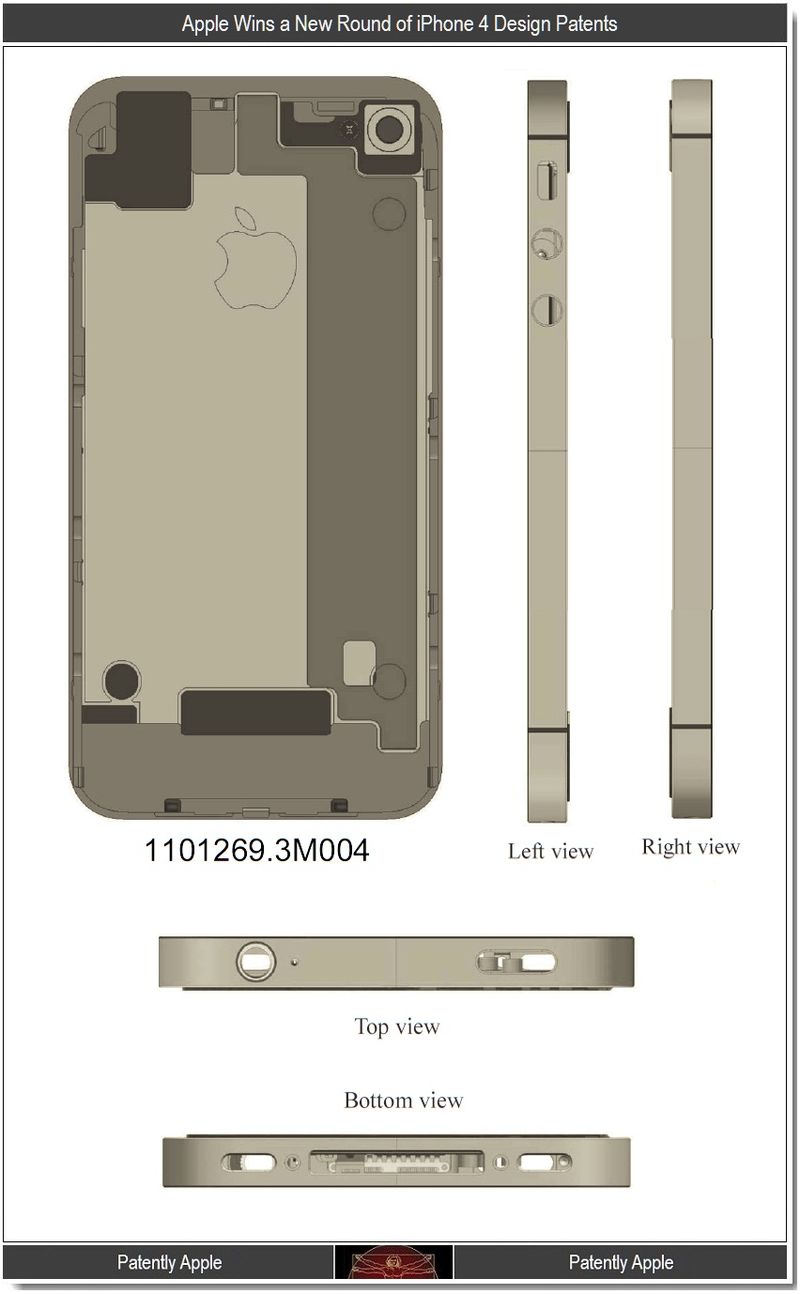 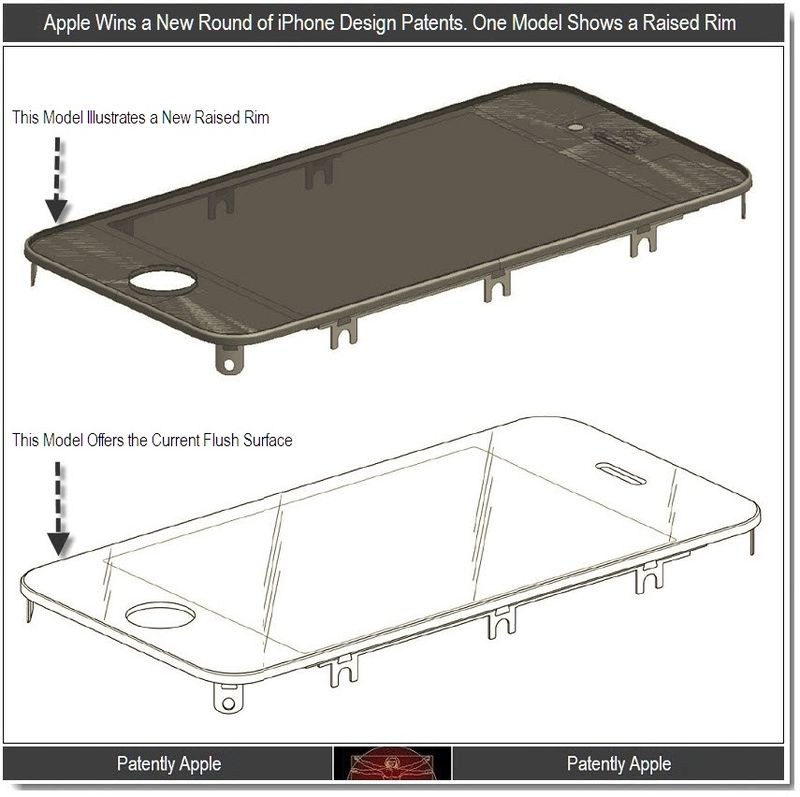 Update - December 13, 2011: A newly discovered iPhone assembly patent found in Canada under 2735999 clearly shows the missing piece of the puzzle which shows the exposed rim prior to the glass and other components falling into place. 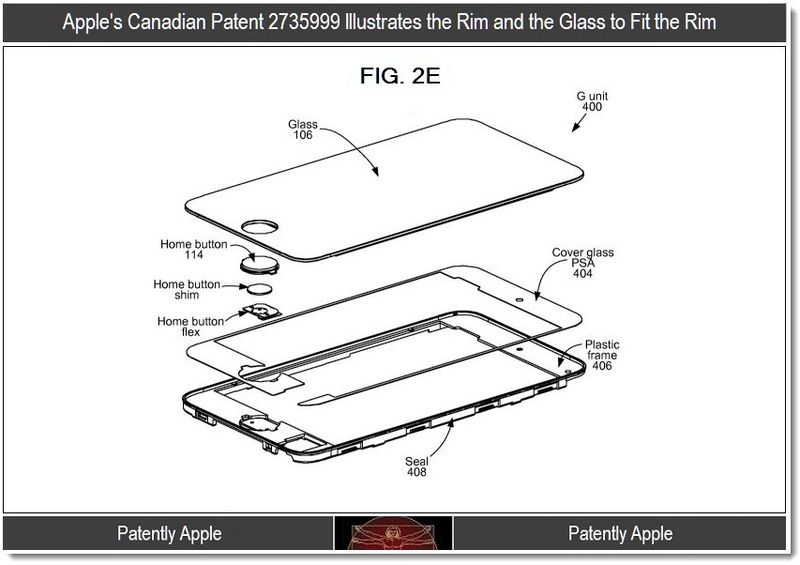 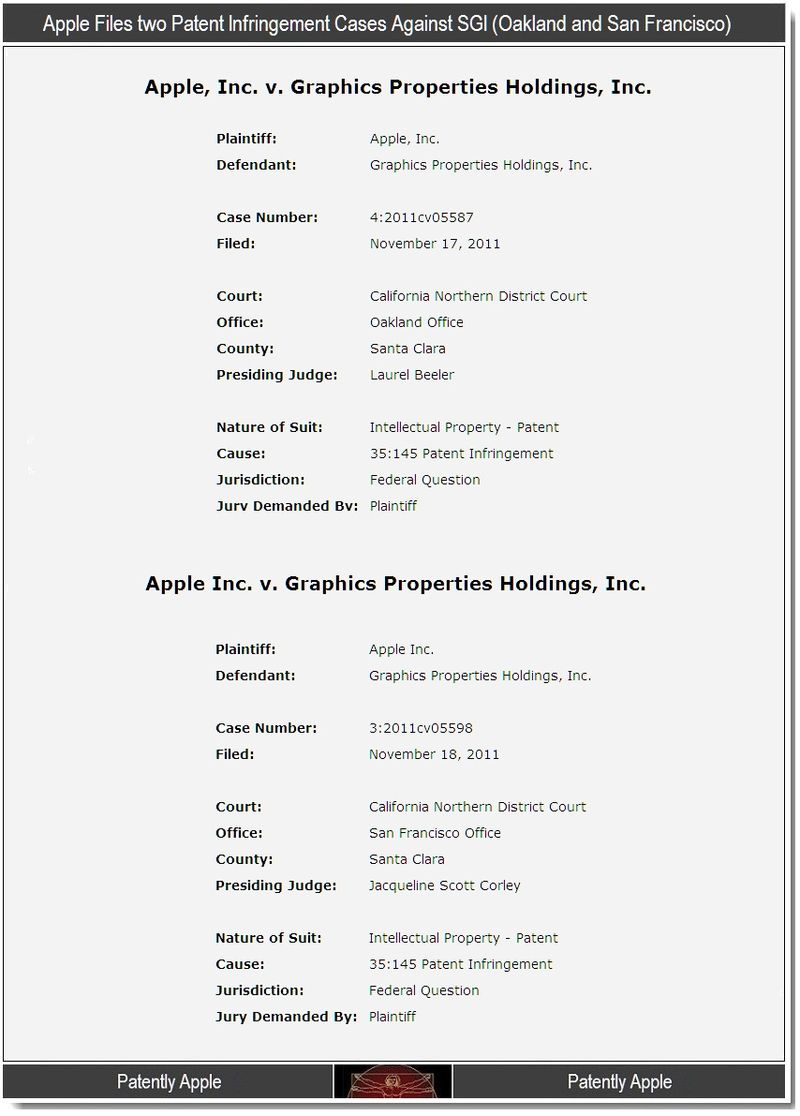 Noted above are the two cases that Apple has filed against Graphic Holdings. Note that one was filed in San Francisco and the other in Oakland. The electronic versions of Apple's "Complaints" have yet to be made public as of this morning. For the record, SGI still exists.

Declan, with the updated graphic, you might have to rethink your position. There's clearly a rim on one of the designs.

I don't think thats a raised rim, it looks to me like they are showing the the glass as transparent. If you look at the cut out for the him elution you will see what i mean.