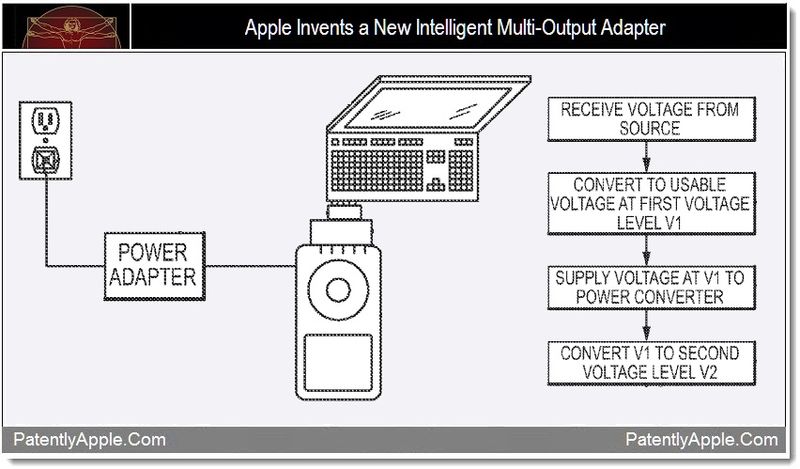 On November 17, 2011, the US Patent & Trademark Office published a patent application from Apple that reveals their latest invention pertaining to a new intelligent multi-output adapter. The proposed adapter is to include a relay for intelligently controlling power and connector cords configured to supply differing voltages to two or more electronic devices simultaneously.

The Problem with Today's Power Adapters

Today's Power adapters may be used to supply power to a variety of portable electronic devices, including laptop computers, personal digital assistants (PDAs), cell phones, digital media players, cameras, and so on, to operate such devices and/or to charge a rechargeable battery in such devices. The power supplied from power adapters is typically received from an external power source supplying alternating currently (AC) voltage. The power adapter may then convert the AC voltage into a direct current (DC) voltage that could be used by a connected electronic device.

Most commercially available adapters don't include multiple outputs for supplying different DC voltage levels for powering multiple electronic devices and/or multiple internal batteries. As such, users may often purchase a device-specific adapter for powering a device. However, this requires that the user carry a separate adapter for each device, which could be cumbersome when a user is traveling, as many users may forget to bring all of the associated adapters required for various devices. Additionally, many adapters may be relatively heavy and bulky, making them difficult to carry while in transit. Likewise, having multiple adapters in a stationary location (such as a home or office) may be confusing. 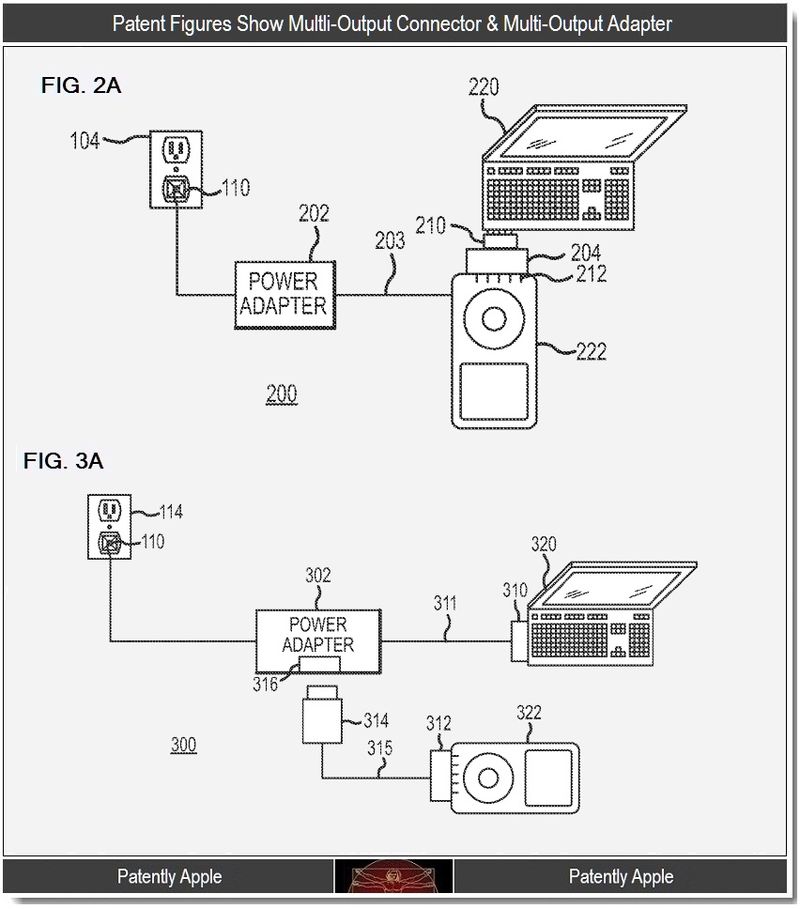 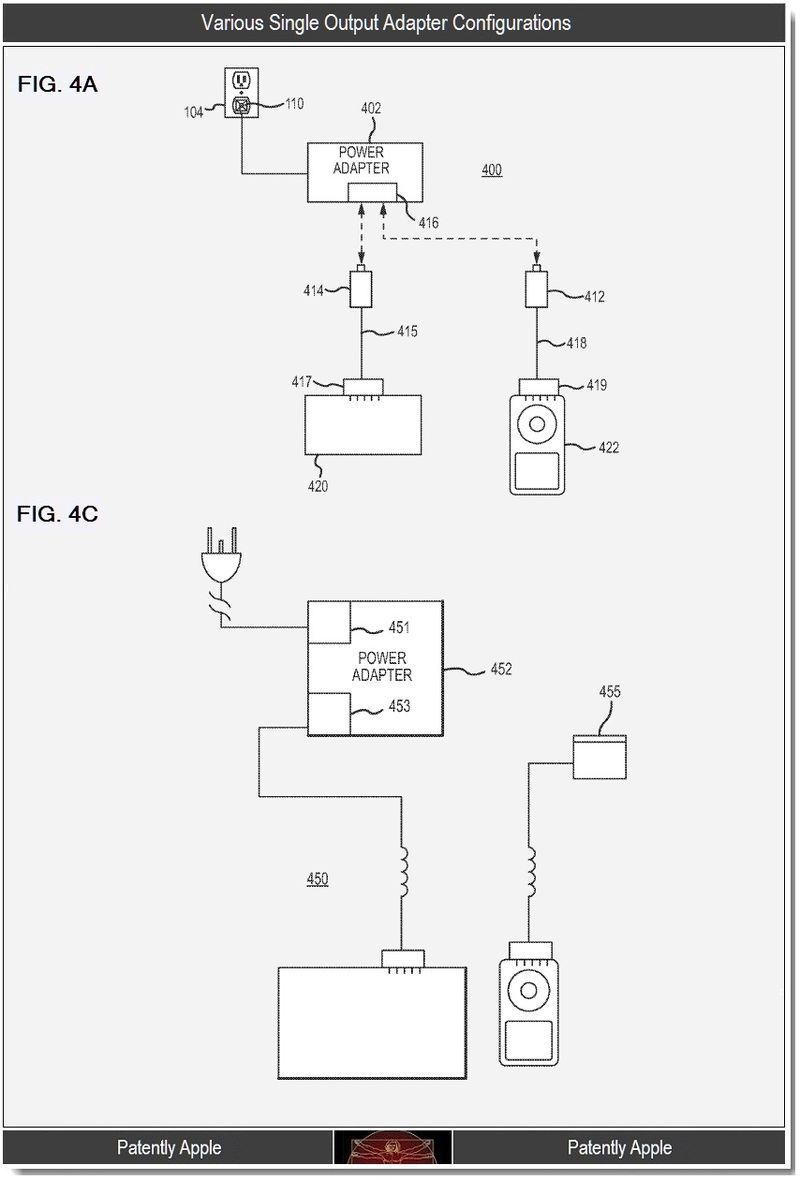