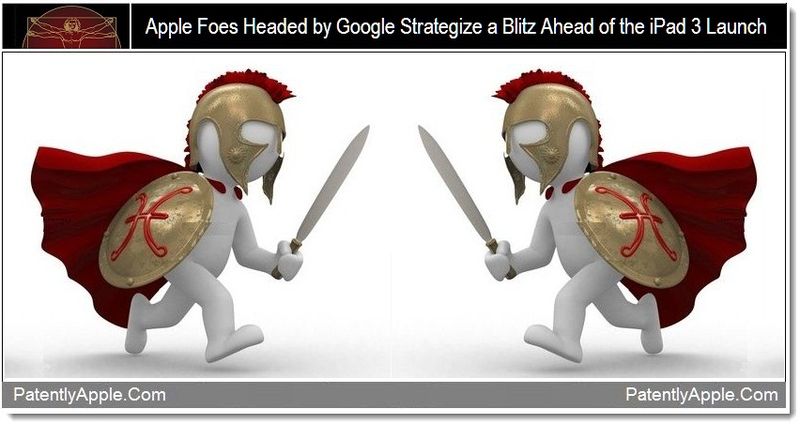 On October 28 we posted a report titled "Apple's 'Slide to Unlock' Patent Stirs up a Hornet's Nest in Taiwan." In that report we pointed to the Premier of Taiwan stating that that he was very concerned about the possible adverse effects of Apple's latest patent victory on Taiwanese companies, particularly those in the smartphone and tablet sectors. There was a bit of backlash from some overzealous Taiwanese fans who had some choice words for me. I insisted that it was strange for the Premier to get involved. Well, there's another part of this story to demonstrate that the Premier may have indeed had an agenda here.

During his first-ever visit to Taiwan, Schmidt is expected to discuss with Taiwanese OEM and ODM makers possible strategy to fight back against Apple Inc. ahead of the launch of a new generation of Apple's iconic iPad tablet or iPad 3, sources report.

But here's the stickler for me going back to our original report: Schmidt will also meet with Taiwanese government officials to discuss details about a Google plan to build a data center in central Taiwan's Changhua County that will provide users of Google platforms or operating systems in Taiwan and other Asian countries with faster access to its services. Hmm, I'm pretty sure the Premier of Taiwan was well aware of Google's trip and agenda when he stated he would be investigating Apple's patent. Yeeess, and that's what stunk on October 28 and still does.

During his one-day stay, sources state that Schmidt is expected to meet with key Google partners to share vision of using Google platforms, such as Android, Chrome OS and Google TV, to create a new ecosystem, industry sources said.

No wonder Steve Jobs hated Google. They praised him after passing and now it's back to war and whining about evil patents and the so-called broken patent system that isn't going their way: oh, poor back-stabbing Google.

For now, Apple just keeps winning key patents to further their battle against Google's Android OEMs. In fact, they chalked up another round today (see one and two).

Update Nov. 9, 2011: Reuters is reporting this morning that Google will support Android OEM's against Apple Legal. Schmidt told reporters "We tell our partners, including the ones here in Taiwan, we will support them. For example we have been supporting HTC in its dispute with Apple because we think that the Apple thing is not correct."

I'v always wondered which part of "Boy! We have patented it" that Steve Jobs said was unclear to these cry babies. Apple was naive when they failed to patent the MAC when it was first developed, I am so glad that Steve Jobs learned his lessons and patented everything in iPhone. However, let these cry babies cry, where as they are just following Apple's foot steps where Apple is already moved on to the next insanely great product (remember the days when everyone else wanted to create an iPod-killer/iTune-killer then Apple just came out with an iPhone)

Sounds like the Android camp led by Google, as opposed to the camp led by Amazon, is giving up the lucrative 2011- holiday season. Well, I guess that means a 14 million iPad 2 season for Apple.

Not good considering that by New Years, Apple will be reaching 200,000 iPad apps.

With 60 million iPads by 2012, what base will Android have to build off?

Schmidt is looking more and more like the Grima Wormtongue (LOTR) of the tech industry.