Apple Files Find My Friend & FaceTime Trademarks in US & China

On November 7, 2011, the US Patent & Trademark Office published Apple's latest trademark application relating to the "Find My Friends" icon (Jumbo) under application 85462987. Apple filed their trademark under a single International Class which covers software that geographically locates and tracks people using global positioning systems. It also covers software relating to social networking. Apple's "Find My Friend" is a new iCloud Service that was introduced in October of this year. Apple has also filed a new trademark filing in China covering Find My Friends. Update: Our report also covers Google's whiney patent lawyer. 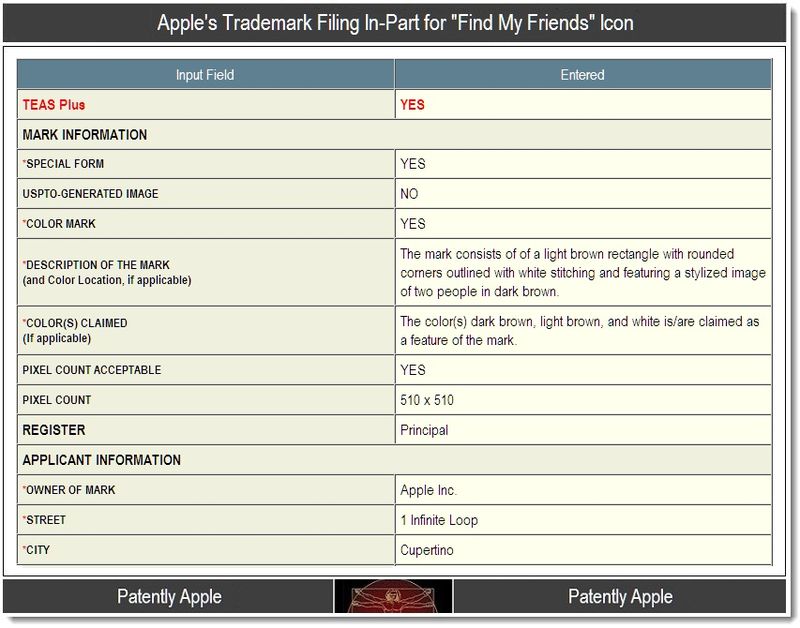 Apple's first filing for the Find My Friends Icon was made in Canada on October 25, 2011. Additionally, Apple filed the icons for trademark in China late on Friday under application 302075625. They're noted below as (A) for color and (B) for Black and White. The Jumbo Icon was filed in the US. 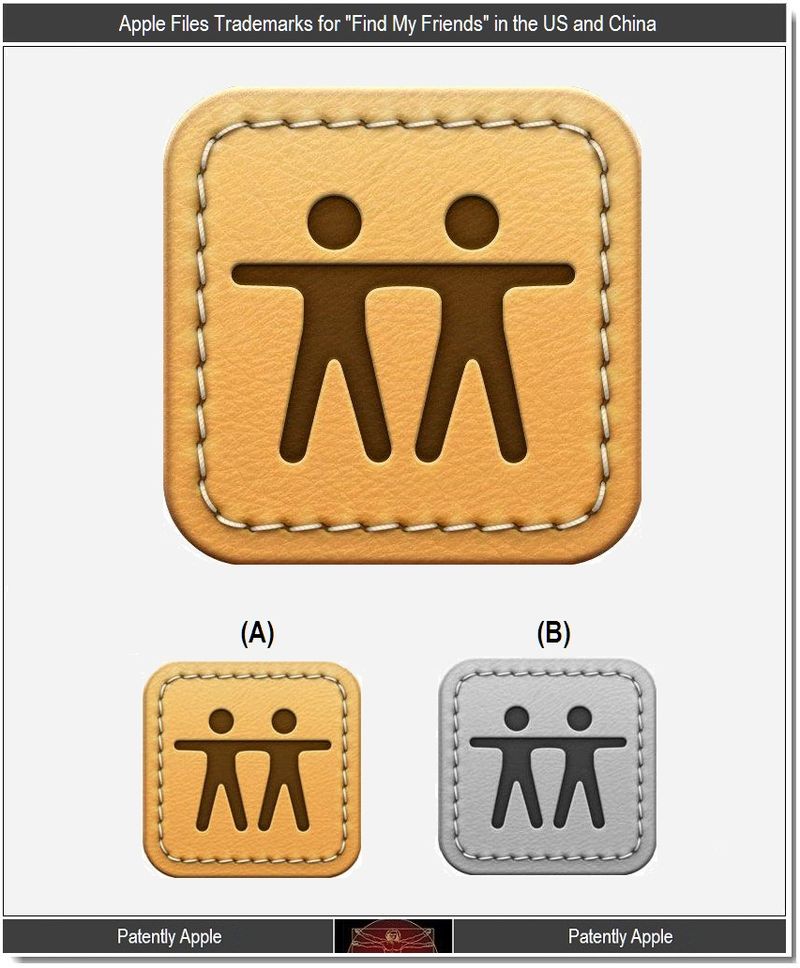 What is Find My Friends?

Apple asserts a claim of priority based on Jamaican application number 58064 filed in May 2011.

Update: We have removed the references and images relating to FaceTime in this report, as we had covered this on Oct. 31, 2011.

Humor for the Day: Google's patent lawyer is once again whining about the patent system that isn't favoring Android smartphone OEM's. Apple had to fight Microsoft for years and tech patents have been protecting companies' innovations and inventions for decades in Silicon Valley to the dismay of those on the losing side. But Google thinks that they could skate away trouble free because they don't think the US patent system is fair. To them, if it's hassling their Android OEM's, then the system is broken and stopping innovation. What a whinny pathetic tactic. Pay up, fight it out in court or grow a pair of ________ (fill in the blank, ha!)!  Bloomberg covered Google's first whine on patents back in July of this year.