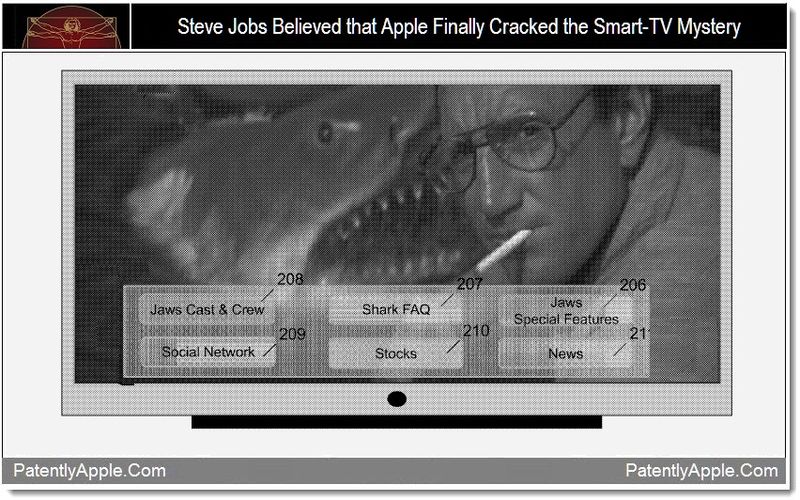 One of the projects that I've always believed to have been on Apple's roadmap was that of a Smart-HDTV – even when Apple kept insisting publicly that it was just a "hobby." Year after year Apple's patents were indicating that the HDTV project was still alive and well. In fact there was enough evidence to call it an official trend worth following. So we opened a special Apple TV archive on our site to keep tabs on this project's progress. Today, the news broke that Steve Jobs had been working on this project until the very end and that Apple may have finally cracked the Smart TV mystery.

The Washington Post reports that Steve Jobs had told his authorized biographer Walter Isaacson that he'd "like to create an integrated television set that is completely easy to use," and that "It would be seamlessly synced with all of your devices and with iCloud." Steve Jobs went on to state that "No longer would users have to fiddle with complex remotes for DVD players and cable channels. It will have the simplest user interface you could imagine. I finally cracked it." 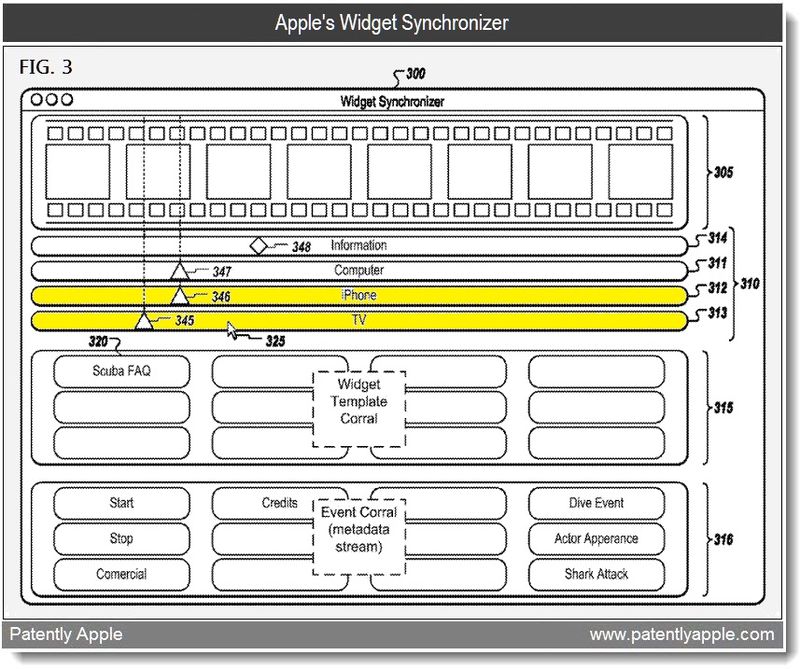 The "seamlessly synced with all of your devices" aspect of that quote was echoed in the patent graphic noted above that was only revealed this past June.

Another recently published Apple HDTV related patent that was published in January of this year pointed to the Cloud or iCloud playing a role as you could see in the patent figure below.

Of course, until Steve Jobs' biography is officially out, we can't tell if there's another shoe to drop here or if at some point in time Steve Jobs simply changed his mind. But at the moment, the dream is definitely still alive.

I haven't found the part about TV in Steve Jobs autobiograhy yet. We'll see how it was phrased.

Well depending on when Steve made the "I've finally cracked it" comment, it could simply refer to Apple TV's apparent conclusion that TVs in the new iPad/iPod/iPhone world are simply large screen peripherals to your mobile iDevice.

@ Philip. Time will tell how it plays out, but the Siri Angle is likely to play a role as you suggest. Siri could very well be a "game changer" for TV. But to put my TV show on hold, I think I'll stick with a one button action rather than having a conversation with Siri - Ha!

I can never actually see Apple producing a television set of their own. It would be so much of an uphill struggle for them, with numerous other companies with fantastic sets already in the channel. It isn't like the mobile era where smart phones were "not so smart", as Steve mentioned.

What I do see the having the technology built into a set-top box and that technology licensed out to others. Something similar to Thunderbolt, a project working together with Intel, and A/V equipment manufactures with Airplay built in. It should be a system that syncs apps back to iCloud across all your devices, including AppleTV for the home environment. We're already seeing the Apple TV merge into the iOS eco-system, and it's software's keeping up with the iOS software releases.

What I would ultimately expect from Apple, is to have SIRI listen for a request to record a broadcast series and have it schedule recording times, perhaps allowing it to skip advertisments at the same time. This can then be watched from anywhere where you have an internet/3G/4G connection, or tell your SIRI equipped TV to pause a live show, while you answered the door, without the need to fumble for a remote, find the right key, realise you've pressed it twice, and meanwhile your ordered chinese delivery is getting cold on the doorstep, or worse, the delivery person thinking it's a hoax call, and leave.

[JP: It's a line from the Movie Jaws]

I have always contended that Apples genius is to allow the user to take their favorite environment with them. That is with iTunes/Phone Mac Book you could create your personal environment business/pleasure where ever you were.
The next step in the iteration would then logically tie this back (they created your living room comfort experience anywhere) to the actual home and interconnect everything.
Next step iBedroom we will leave iBathroom for microsoft!