SightSound Technologies Aims at iTunes and iPhone in new Lawsuit 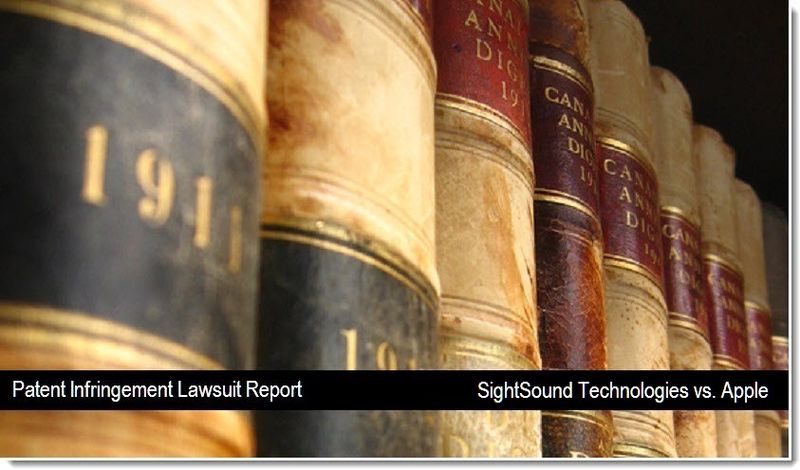 Court documents record Count One of the complaint against Apple Inc. stating the following in-part: "On information and belief, and based on likely evidentiary support after a reasonable opportunity for further investigation or discovery, Apple has been and is presently making, using, offering for sale, and/or selling products and/or methods that infringe one or more claims of the 5,191,573 patent (or `573 patent), literally or under the doctrine of equivalents.

On information and belief, and based on likely evidentiary support after a reasonable opportunity for further investigation or discovery, Apple has been and is presently inducing or contributing to the infringement of one or more claims of the `573 patent.

SightSound has suffered economic harm as a result of Apple's infringing activities in an amount to be proven at trial."

The other two counts presented in the legal complaint basically repeat the same complaint verbiage as noted above though covering the other two patents in the case, namely being patents 5,966,440 and 5,675,734.

The first patent would suggest that SightSound Technologies could be aiming at iTunes and all that feeds into it, such as Apple TV and more than likely the iPhone being that the other two patents relate to telecommunications in context with music and video. It's interesting just how vague they are in pointing to specific products – yet understand that this is normal so as to not limit their case.

It should be pointed out that one of the documents filed along with the complaint notes that General Electric Company is their Parent Company. 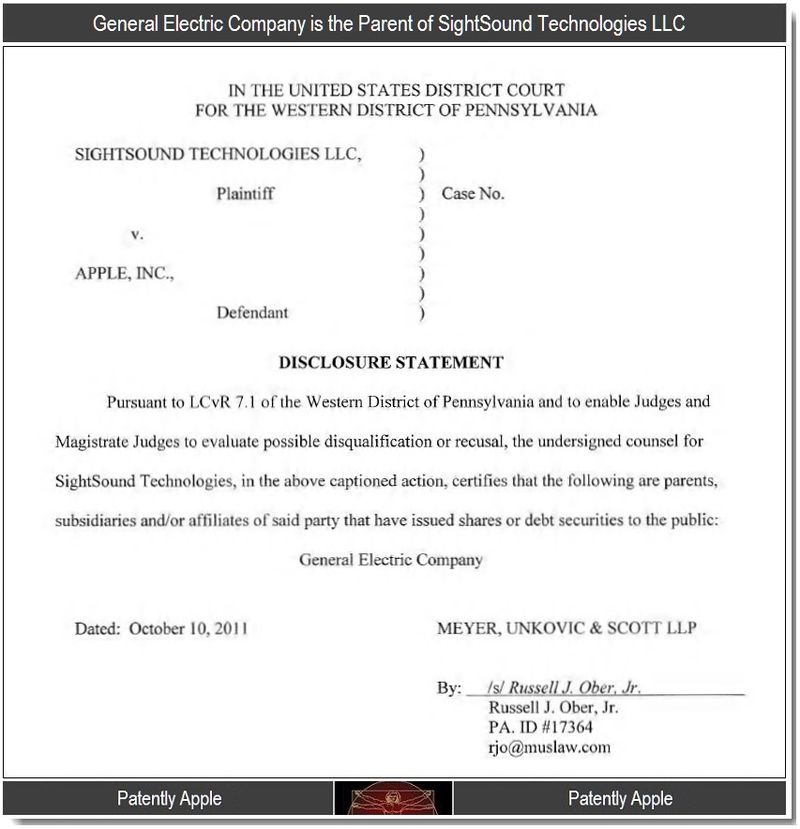 The case was filed in the United States Pennsylvania Western District Court. The presiding Judge in this case is noted as being Judge Donetta W. Ambrose.