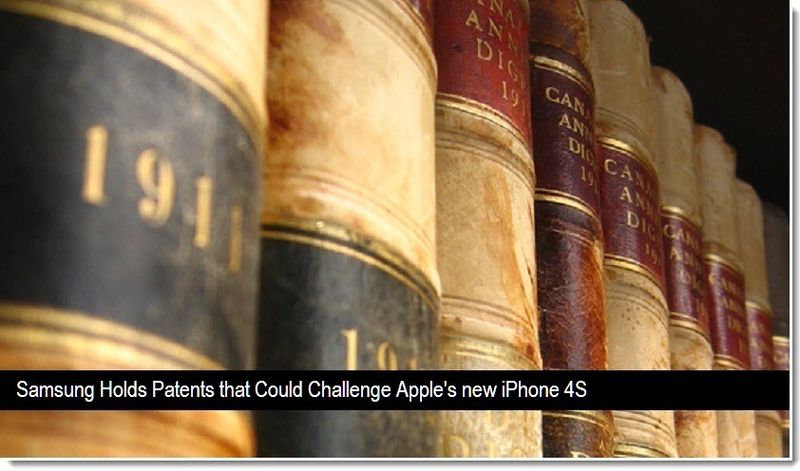 According to Danish aerial professor Gert Frølund Pedersen, he and his colleagues at Aalborg University had sold two patents to Samsung that may provide them with the ability to further their patent wars against Apple's iPhone and the iPhone 4S specifically, reports the Danish publication "ComOn." The main patent that the professor sold to Samsung is granted patent 7,643,853 titled "Apparatus and method for selecting an antenna in a communication system." The other patent that they quote in their report is just a patent application which won't have any legal ramifications at this point.

The Danish professors who sold Samsung their patents states that Apple's press release claiming that "the iPhone 4S is the first phone to intelligently switch between two antennas to send and receive" may not hold water and conflicts directly with their patents.

The Danish publication however fails to note that Apple has a few patents of their own regarding Apple's antenna, including a 2010 granted patent which dates all the way back to 2007. A second patent (20110195700) titled "Method and Apparatus for using a Wireless Communication Device with Multiple Service Providers," which was filed for in 2010 specifically covers the iPhone being compatible with both CDMA and GSM. I'm sure that there are others on the way as well to support Apple's press release claims. Everything in an Apple Press release gets scrutinized by Apple legal and so there's likely heavy support for their claims beyond what has been made public to date.

Yet at the end of the day it's not a matter of what I or professor Pedersen thinks, it's a matter of what could be proven in court. But if the professor is already pounding the table about the patents that they sold to Samsung, then it may only be a matter of time before Samsung actually tries to use them against Apple in their ongoing patent war.

At least we now have some background and heads-up as to what new patents could be used in the next round of litigation between Samsung and Apple.

The iPhone does indeed switch antenna's by determining which has a better signal... which Apple has a patent for. You could claim that it is "unproven" since iPhone's on Verizon never dropped their calls in the first place.. showing there was no problem with the iPhone antenna anyway... and it was in fact the carriers (ATT's) newer more world friendly mobile network that simply was not infilled enough to cover enough areas to keep calls from dropping...

and ATT still has not made complete progress on this front, so iPhone's on ATT's network will still drop some calls... iphone antenna or not.

But it shows how desperate Samsung is to find patents to ward off Apple. It sort of implies that Samsung knows it is the offender in this case.

From my perspective I am going to avoid purchasing any Samsung products because why support a company like them, that copy blatantly.