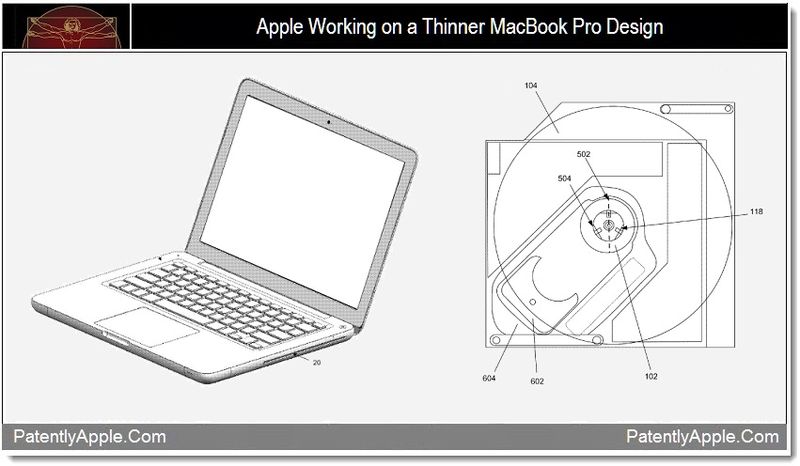 While Intel is obsessed with pushing their Ultrabooks into the market to attack Apple's MacBook Air, Apple is working on producing a thinner MacBook Pro for road warriors who need the convenience of an optical drive. Apple's latest invention describes how they propose to minimize the mechanics of an optical disk drive so as to produce a thinner MacBook Pro design in the future.

In many cases it is necessary to mount objects onto a turntable. For example, many electronic devices contain an optical disc drive (ODD) for the purpose of reading and writing optical discs. Especially in the design of portable computers and electronic devices, there is a high value placed on reduction of size and weight. Conventional optical disc drives rely upon a coaxial hub/turntable/rotation motor combination that moves substantially along the axis of rotation (the `z` direction) in one direction to allow the optical disc to be inserted and placed on the turntable. In order to secure the optical disc, the coaxial hub/turntable/rotation motor combination must then move in the other direction. This up and down movement in the z direction could substantially add to the overall height (also referred to as the Z stack) of the ODD limiting the potential to reduce the size and/or weight of the ODD and ultimately the electronic device in which the ODD is used. 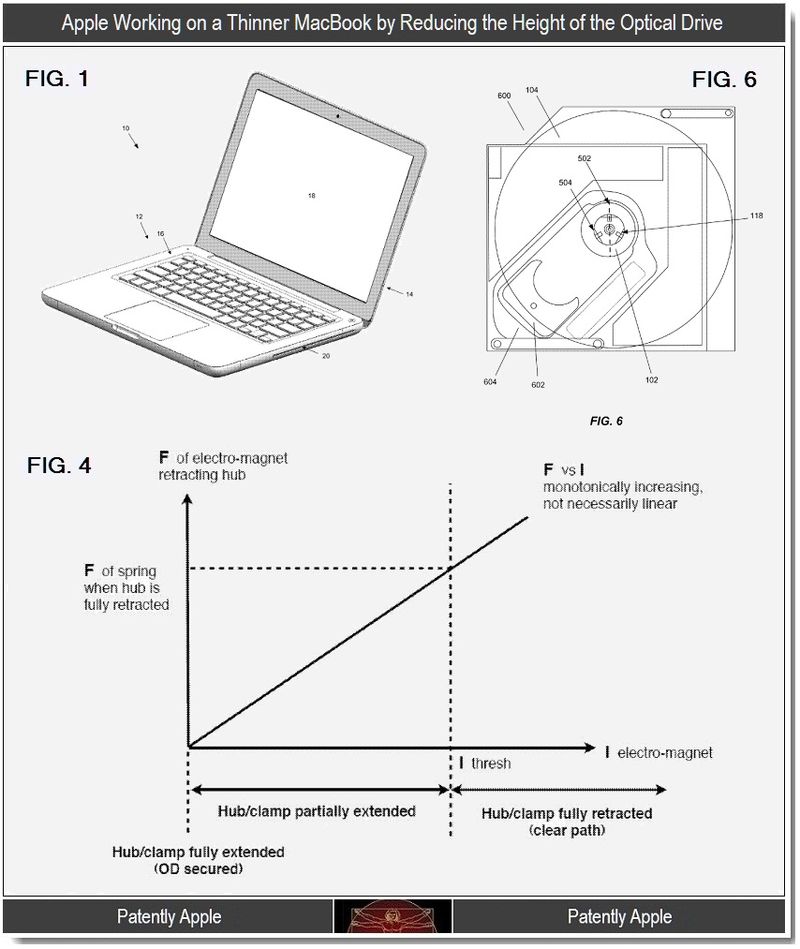 Apple's patent FIG. 4 shown above is a graphical representation showing the relationship between current I.sub.EM in an electromagnet and magneto-motive force; patent FIG. 6 shows an embodiment of ODD assembly in a plan view of a slot loading ODD: and patent FIG. 7 shown below is a flowchart detailing process for securing an optical disc to a turntable. 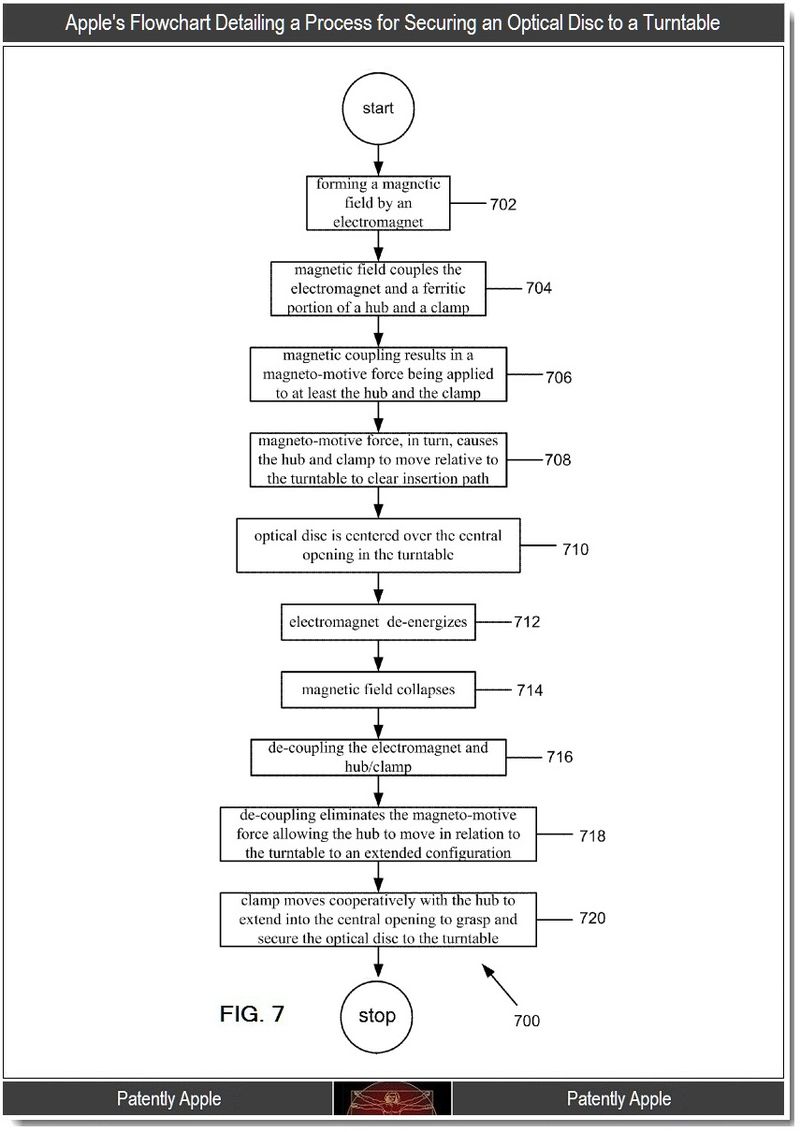 Last week Apple was granted a patent for a notebook with features such as a pivotal or swivel lid and illuminable latch that incorporated a camera. According to a new patent application published this morning it appears that Apple is already refining this project. In fact Apple's patent application 20110255289 was only filed on at the end of June or four months ago. If anyone could make this idea fly – it's definitely Jony Ives.

Another project that is back on the drawing board is one that deals with a possible future iPod being able to incorporate a "Compact Ejectable Component Assembly." According to the invention, removable modules fitting onto a miniature tray like a SIM Card tray could include integrated circuit cards (ICCs), chip cards, memory cards, flash memory cards, microprocessor cards and smart cards. Today's published patent application 20110255252 which refines the project was filed in June 2010.

@ Ryan. Patents aren't rumors. If it's somethinng that Apple is working on, you have to give it time. With iCloud, Apple may skip it or it's on the way. But patents usually take time to come to market Ryan and we say this in our notice at the bottom of every report. Patents aren't to be digested like rumors.

Hmm I was speculating that Apple would get rid of the optical drive in the next revisions of the Macbook Pro. I guess not.