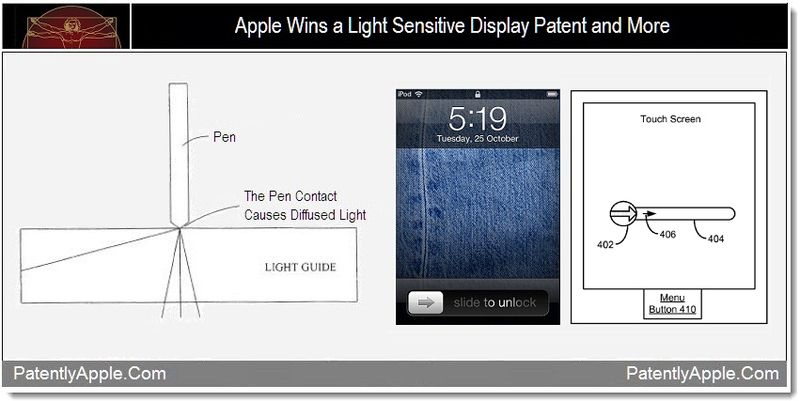 The US Patent and Trademark Office officially published a series of 13 newly granted patents for Apple Inc. today. In our first report of the day we covered a new microstrip cellular antenna for use in future Apple products. In our second granted patent report of the day we mainly cover Apple's wins relating to a light sensitive display, their "Slide to Unlock" iOS start screen feature and finally one that relates to Samsung's method for fabricating a semiconductor die package for Apple's iOS Devices.

Apple is Granted yet another Light Sensitive Display Patent

Apple has received their fourth Granted Patent relating to a light sensitive display in the last year. For a company that supposedly has no interest in smart pens and related displays, they sure have a lot of intellectual property covering this area of technology. 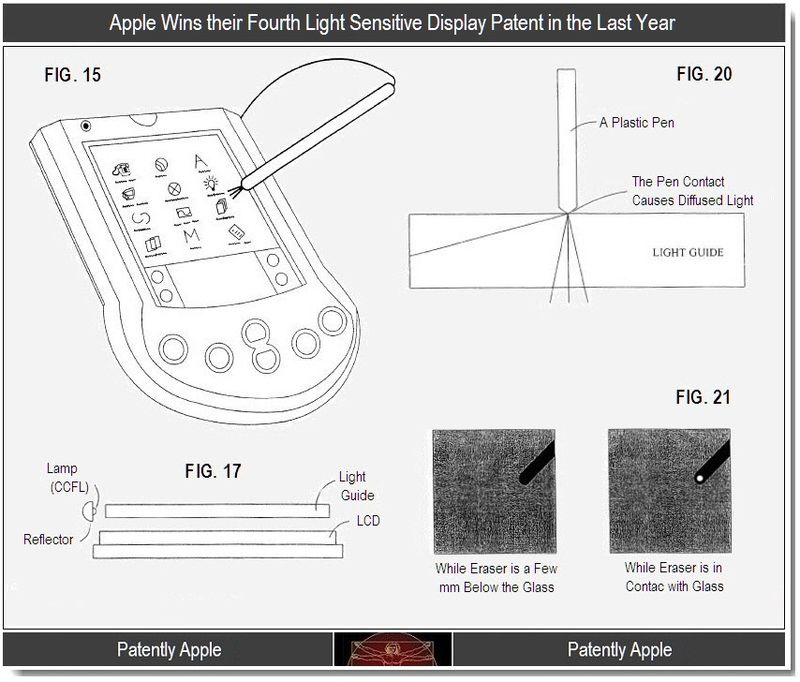 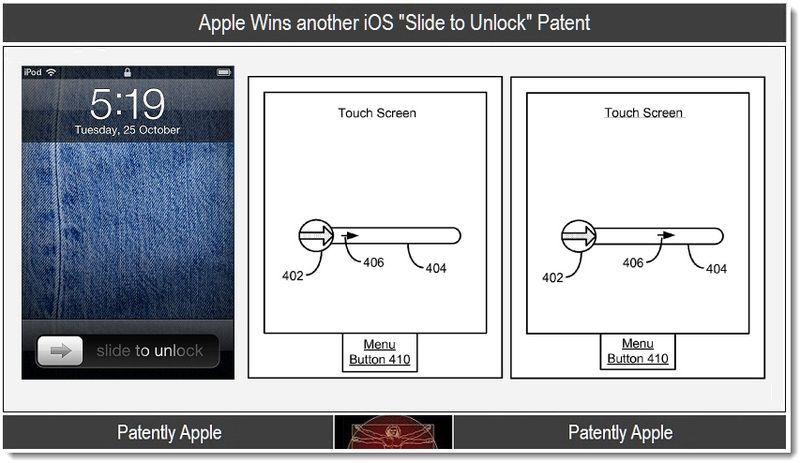 Update Oct 27, 2011: Apple's patent is certainly making waves around the world. It's now being reported by Focus Taiwan that Premier Wu Den-yih directed relevant government agencies on Thursday to assess the possible impact on local companies of Apple Inc.'s latest success in winning the "Slide to Unlock" patent." The Premier, Speaking at a weekly Cabinet meeting, stated that he was very concerned about the possible adverse effects of Apple's latest patent victory on Taiwanese companies, particularly those in the smartphone and tablet sectors.

Steve Jobs introduced the iPhone in 2007 and was without a doubt one of the most important keynotes for Apple and Steve Jobs. At the 15: 30 mark of the YouTube video below, you'll see Steve introduce the iPhone's Slide to Unlock feature that has been granted a patent.

Samsung has been granted patent 8,043,892 that relates to a method for fabricating a semiconductor die package for Apple's iOS Devices.

The patent states that "the described packages are the basis for realizing micro-sized and high performance electronic devices with small volume. That is, the above described semiconductor die package and integrated circuit package have been widely used for developing portable devices, e.g., mobile terminals, telephones, iPods, iPhones. iPod and iPhone are registered trademarks of Apple Inc, Cupertino, Calif., USA."

I guess that in 2007, when the original patent was filed, Samsung envisioned Apple having "small volume" for the iPhone. As they note in their patent. I guess if we wait long enough we may see a secondary patent describing a semiconductor die package for "Massive Volumes" for the iPhone and iPad. I jest of course. But I do wonder if Apple, mainly Steve Jobs, was aware of Samsung customizing and patenting this method. He wasn't one for losing control of any aspect of Apple's products and or processes. I wonder if this is keeping Apple's production of iOS chipsets with Samsung. An alternative supplier would have to have different design approach to Samsung's semiconductor die package. At the end of the day it's just trivia for those interested in all things concerning Apple's A-Series chipset.