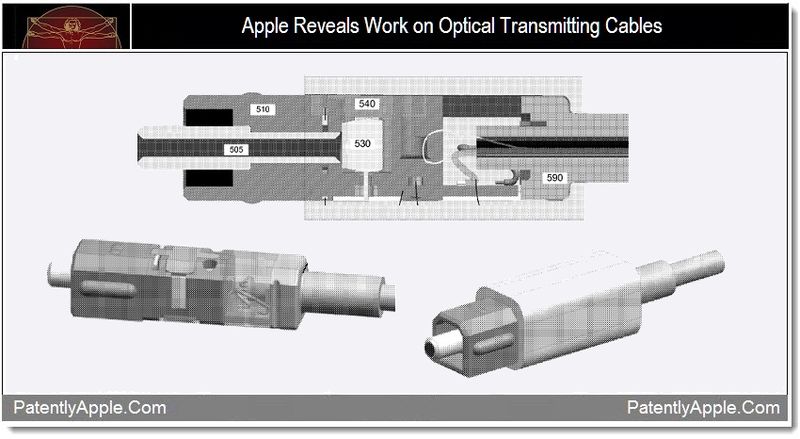 On October 20, 2011, the US Patent & Trademark Office published a patent application from Apple that reveals their work on optical transmitting cables, connectors and adapters. I first thought that the patent was simply describing Thunderbolt until I saw the illustrations as you could see above. They have nothing to do with Thunderbolt. These kinds of cables are usually used with HDTV's and other home electronics. While optical cables are interesting and I'm sure that they'll likely work with a future iteration of Apple TV – I wonder what else Apple may have in mind. Interestingly, the patent graphics make it appear as if the product is in its final stages of design. If you have any specific ideas as to where Apple could use such cables, beyond what is presented in the patent application, make sure to send in your comments.

Optical cables could be used to convey data signals, in a similar way that electrical cables carry data signals. For example, a compact disc (CD) or a Digital Versatile Disc (DVD) player could output audio signals in the form of light, which are conveyed via an optical cable. Normal optical audio cables are purely optical: That is, they require an optical connector at both ends and an optical fiber throughout the length of the cable. Such optical audio cables are passive in that they receive light and transmit the light.

According to another embodiment, a method of manufacturing a connector that receives electrical signals and outputs optical signals is provided. A light guide is inserted into a front opening of a housing of the connector. The housing has one or more outer walls that define the front opening. An active optical component is inserted through a top opening in at least one of the outer walls of the housing. The light guide is aligned with the active optical component. 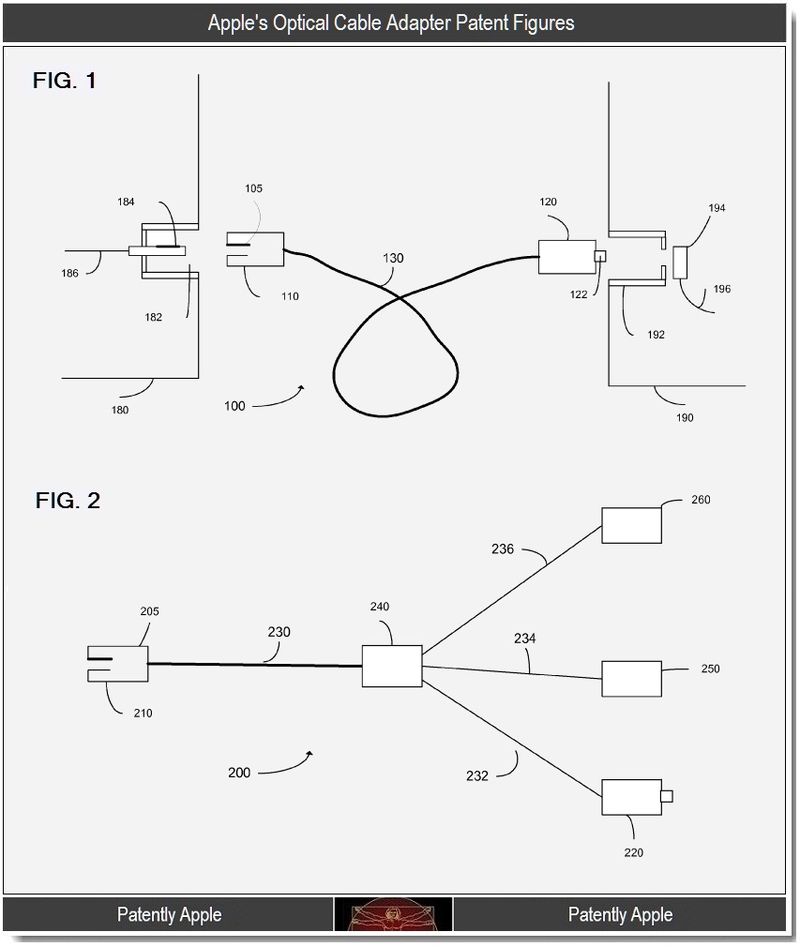 As an example, the electrical connector could have 30 contacts. Thus, cable 230 may have 30 conductive wires, one electrically coupled with each of the contacts. In various embodiments, four of the contacts could be used for USB, 19 contacts could be used for HDMI, and three wires for S/PDIF [Toslink] (2 for differential signal and one for power for transmitter). 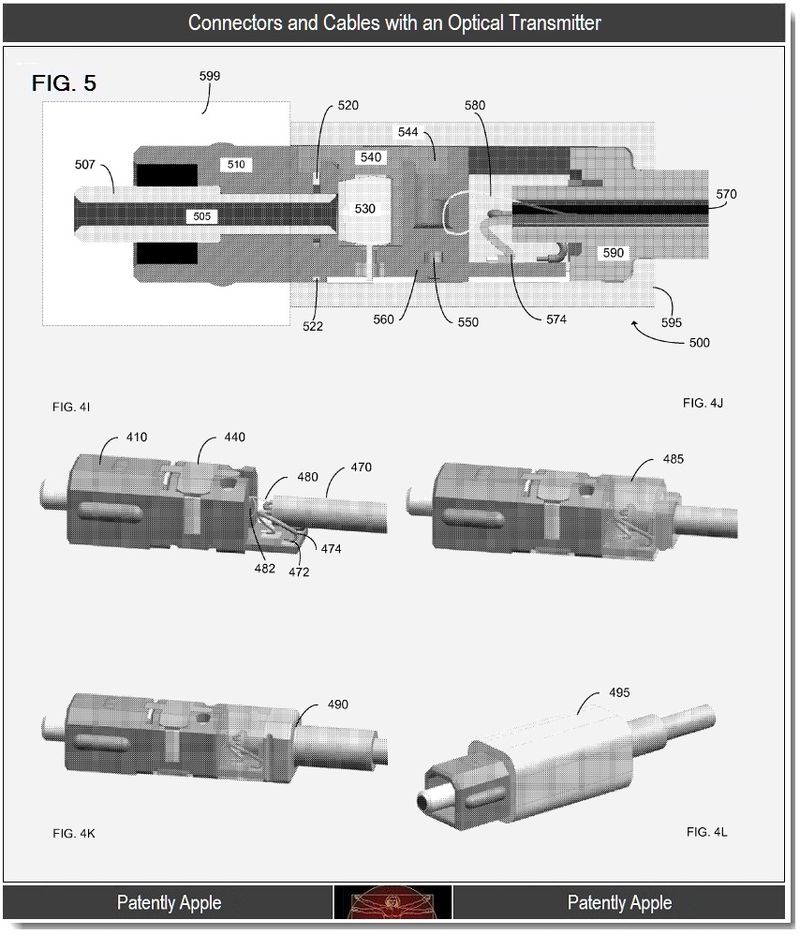 I agree with Jack. Could very well be for the next AppleTV <--> Apple HDTV combo.

Tom, it could relate to something Apple TV. Toslink, as I pointed out in my report, is usually in context wtih HDTV's. So ... why are you trying to put a square peg in a round hole and think of it as a Mac cable such as Thunderbolt? Cheers!

Hmm - on second looks - have a look much more like a TOSLINK cable than a mini displayport - the lozenge shapes bumps either side do look like a TOSLINK connector (picture on wiki) -seems that EIAJ optical is the generic name. Wonder if Apple were looking into using a Toslink style LightPeak connection (as an alternative to having the optical part of a mDP) - doesn't seem too far fetched, since originally we were seeing prototype LightPeak integrated into USB3 cables in previous demos of the technology.

It's a waiting game on whether/when LP/Thunderbolt becomes the new standard to replace the 30 pin connector - it'd be a big upheaval.

That looks very much like a Displayport shaped end - i.e. a Light Peak design. Which was optical till they found out they could get decent transmission speeds from copper.