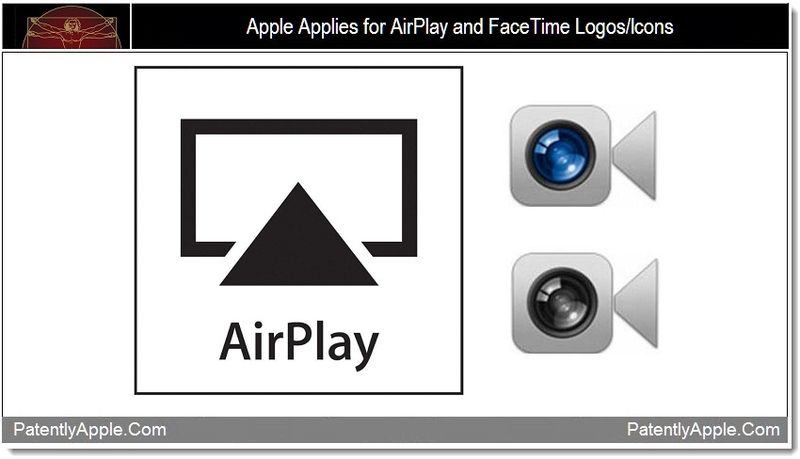 On October 31, 2011, the US Patent & Trademark Office published Apple's latest trademark application for their "AirPlay" logo/Icon under application 85456633. The application which was originally filed last week was filed under International Class 009 which covers such things as mobile phones, tablets, set top boxes, televisions, remote controls and tablets. Apple has also filed for their FaceTime logos in Hong Kong. 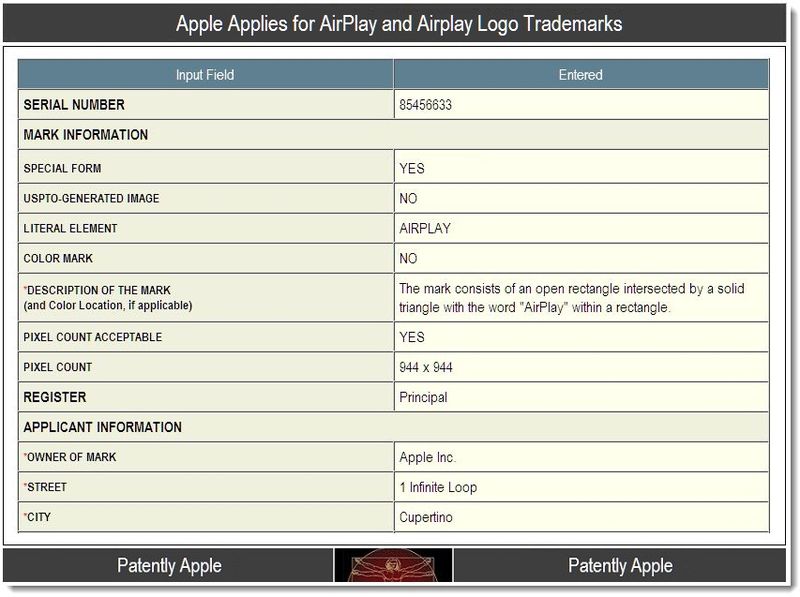 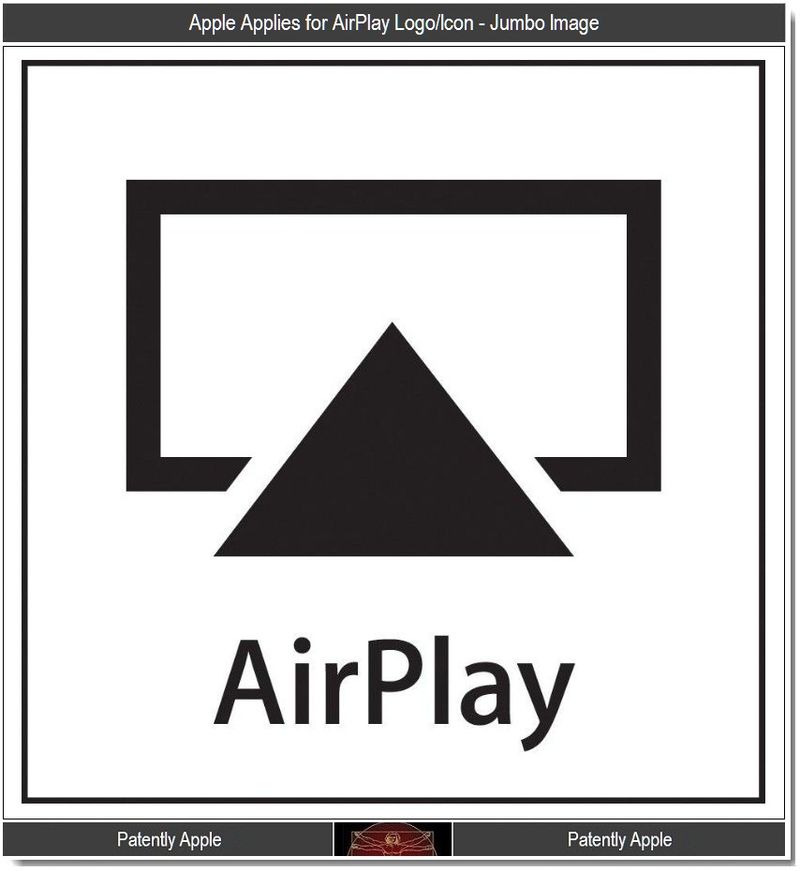 Coincidentally, 9 to 5 Mac is reporting that AirPlay mirroring may be coming to an OS X Lion update in the future. This could be another reason for the AirPlay Logo/Icon update.

Apple applied for trademark protection for their FaceTime Logo in Hong Kong under application 302068074 last week.