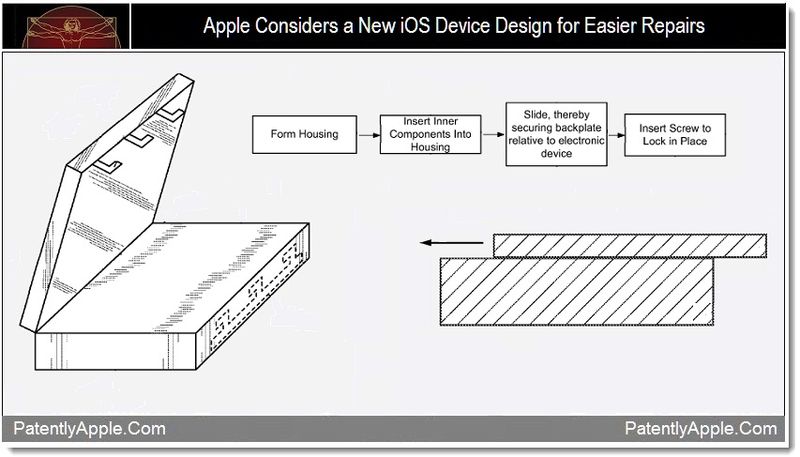 On October 20, 2011, the US Patent & Trademark Office published a patent application from Apple that reveals a variety of new iOS concept designs that will accommodate easier repairs.

A New Kind of Construction for iOS Devices is Being Considered

Yet Apple appears to be considering a new approach to designing iOS devices so that at some of them will be able to be opened to access components for repair and so forth. 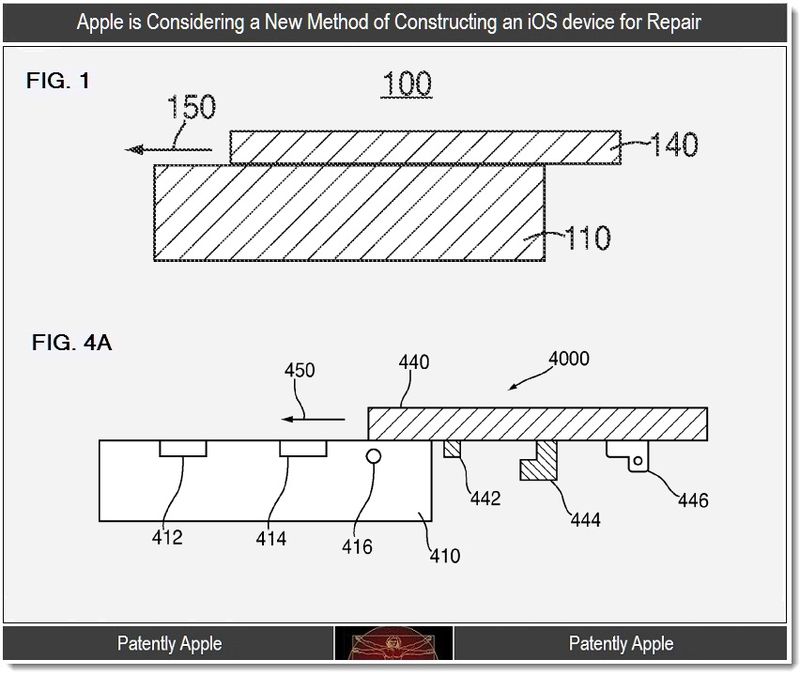 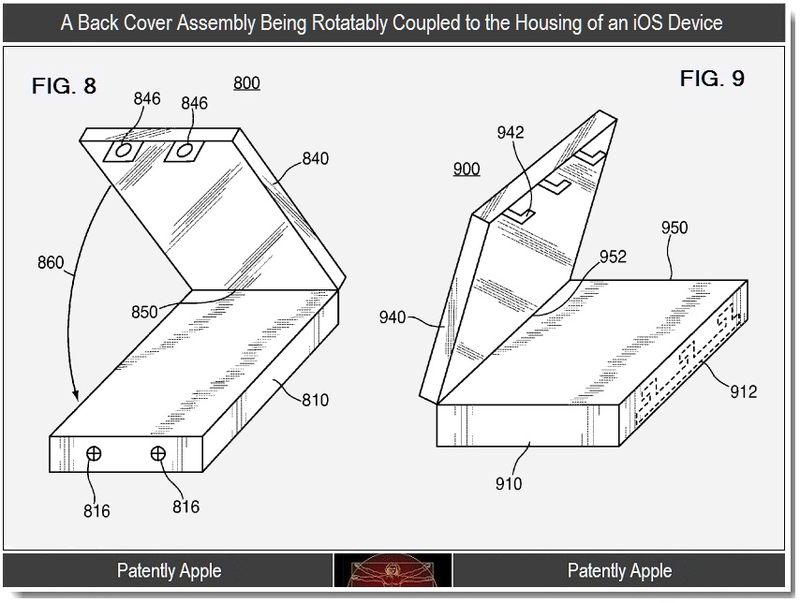 Apple's patent FIG. 9 shows another example of an electronic device including a back cover assembly that could be rotatably coupled to the device's housing. Keep in mind that what Apple is illustrating are concepts and not the actual design. So don't get caught up on it looking too bulky. Apple is only showing the concept and technology and/or methods of the concept.

Another interesting patents worth noting today is patent application 20110258254 titled "Method and Apparatus for Updating and Synchronizing information between a client and server." This particular invention may very well relate to Apple's just released iCloud.