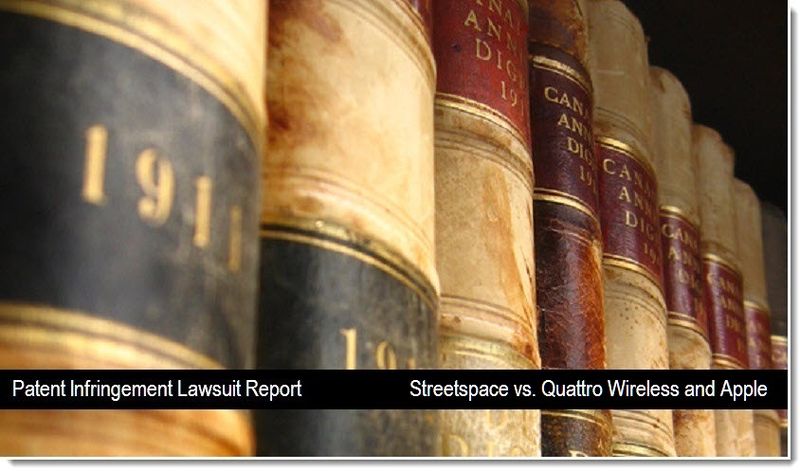 A Delaware based company called Streetspace has launched a patent infringement lawsuit against Apple and ten other defendants including Google for violating their 2005 patent titled "Method and System for Providing Personalized Online Services and Advertisement in Public Spaces." As you could tell by the name of this patent, Streetspace believes that Apple's iAd service is in clear violation of their patent, as is Apple's Quattro Wireless, which is also named in the lawsuit.

StreetSpace is further informed or believes that based thereon alleges that if and to the extent Apple is not infringing directly, Apple is infringing indirectly by contributing to and/or inducing a direct infringer (including without limitation the creator, user and/or recipient of targeted and/or personalized advertisements created, managed or maintained by Apple and/or Quattro Wireless) to infringe the '969 patent. 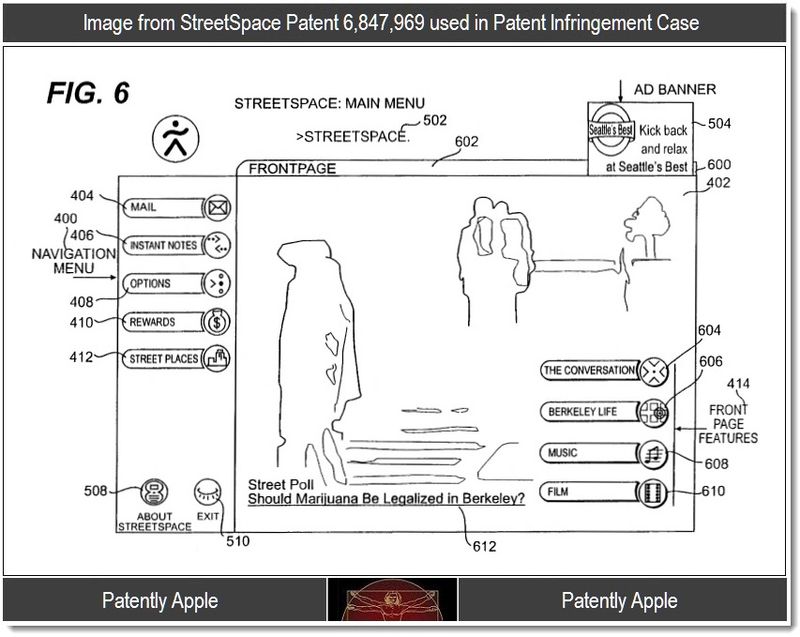 StreetSpace alleges that based on Apple's prior knowledge of patent '969 and other facts to be proved at trial, Apple's infringement has been and is willful.

A similar charge, as noted above against Apple, is laid out in respect to charging Quattro Wireless of patent infringement. Other defendants in this case include Google, AdMob, Nokia, NAVTEQ and others.

On a humorous note, Streetspace is glad to point out in their lawsuit that IDEO, a design and innovation consulting firm which designed their "Street Linc terminal" (now known as the Web Station), also designed Apple's first mouse. Oh, the irony.

It should be noted that our report uses the names Streetspace and StreetSpace. The patent awarded to this company by the USPTO was filed under StreetSpace, though current company literature uses Streetspace.