Samsung Seeks to differentiate their iDevices from Apple's 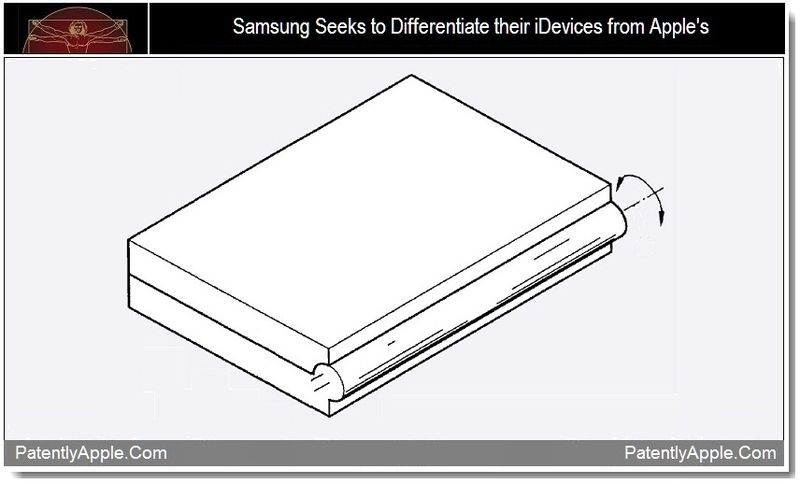 The US Patent & Trademark Office published a patent application from Samsung earlier this month that reveals their intentions of creating a series of differently styled tablets in the future. One idea is to create a more book-like dual multitouch display that is capable of folding over. The concept even expands to other iDevices such a future HDTV. That may sound a little nutty but it has a market for salesmen who wish to make smaller presentations to clients without having to lug around both a projector and screen. Obviously Samsung is trying to find a way to different their tablets from Apple's iPad and others so as to avoid further court battles and hassles related to copying design features – and their new foldable concept has great potential in accomplishing that goal.

Samsung's patent basically relates to foldable display apparatuses that are convenient to carry about while providing a relatively wider screen. The foldable display apparatuses may be widely applied to such devices as a mobile phone, a portable multimedia player (PMP), a navigator, an ultra mobile PC (UMPC), an electronic book, and an electronic paper, but also to a TV and a computer monitor. The displays of such devices could also perform input functions via a finger or a dedicated pen.

The soft part may include any one selected from the group consisting of Teflon, transparent silicon resin, polymethyl methacrylate (PMMA), and polydimethylsiloxane (PDMS).

The display device may include any one selected from a liquid crystal display (LCD), a field emission display (FED), a plasma display panel (PDP), a light-emitting diode (LED), and an organic LED (OLED).

Any one of a polarizing film, an anti-reflection (AR) film, or an anti-glare (AG) film may be attached to the entire surface of the transparent plate. 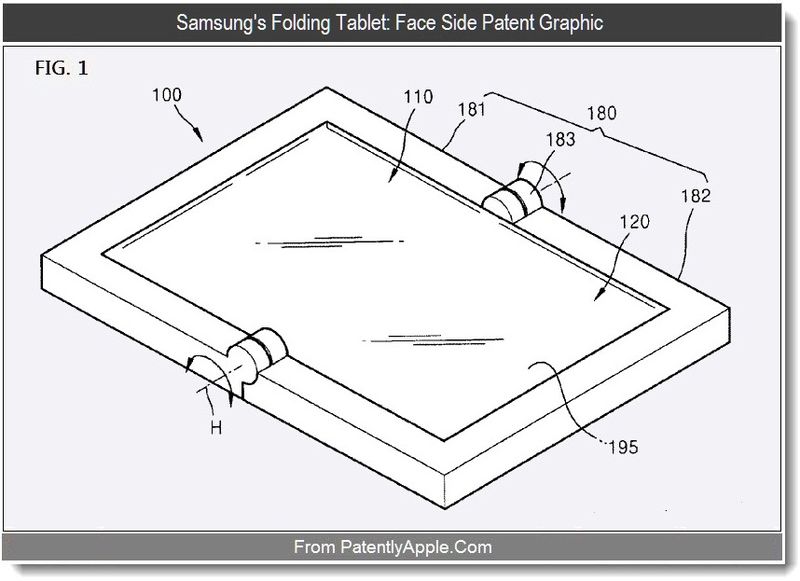 Samsung's patent FIGS. 6 and 7 shown below present a perspective view and a sectional view showing the foldable touch screen display apparatus in a folded state. 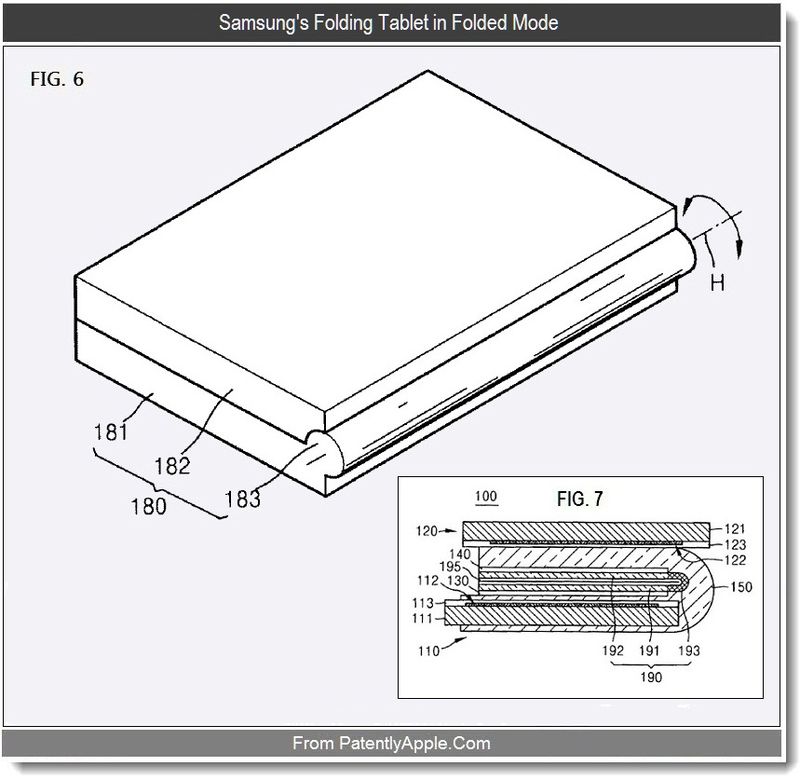 And It's Not Just Talk Either

My thanks for the video tip goes to 9to5 Google's Seth Weintraub. Cheers!

Samsung's patent was originally filed for in the US in Q4 2010 and published in September 2011. For those wanting to delve deeper into this patent, we'll be posting the patent number here on Friday or Saturday.

@ Skylark. Considering that "i" is for internet, it represents a class of devices, e.g. internet devices. Last time I checked, Apple still doesn't own the internet, contrary to popular cult beliefs. Ha!

Interesting that you are calling Samsung devices "iDevices".

Makes sense..they'll be able to use their flexible OLED display technology to do this.